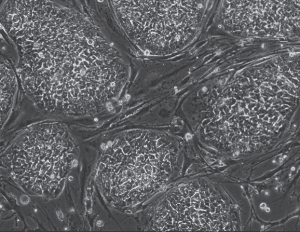 Human stem cells have been used in medical applications from drug testing to gene therapy and cancer treatments, and are an expanding frontier of medical research. A new study backs up the recent use of stem cells from umbilical cords as a replacement to bone marrow transplants, as they are more effective than bone marrow cells and carry a lower risk of rejection. Bone marrow transplants are used to treat leukemia, a type of blood cancer that kills more than 2,500 Canadians every year.

A study from last December called “Cord blood T cells mediate enhanced Stem cells naturally occur in bone marrow, but those from umbilical cords are more powerful. Wikimedia antitumor effects compared with adult peripheral blood T cells,” published in the journal Blood, has shown the exact opposite. For the study, researchers at the University College London compared the impacts of different immune cell types on mice carrying human lymphoma cancer cells. The researchers injected the mice with either immune cells from adult or cord blood then examined tumour growth. The tumours injected with fetal immune cells rapidly disappeared, but continued growing in those which received the adult immune cells.

The authors believe this cancerkilling ability of fetal cells is involved in providing immediate protection to the growing fetus. Based on the findings of this study, they also predict the use of cord blood may be a more effective choice in treating leukemia.

The bigger problem, however, is finding enough compatible cord blood stem cells which will not cause severe rejections in patients. There are typically not enough stem cells in a single cord unit for the blood system of an adult, and Canadian patients in ethnic minority groups also face shortages of matching donor cords.

These challenges have led Canadian researchers at the University of Toronto and Université de Montréal to develop a molecule called UM171, which stimulates an increase in the production of stem cells in cord blood by a factor of 10. The approach of using this molecule requires a bioreactor, which allows the stem cells to grow without the risk of contamination. Tests on mice and monkeys using the molecule have yielded successful results, leading to the first human clinical trial in December 2015.

According to the leader of this human trial, this novel approach could increase the number of people receiving cord blood transplants by 30 to 40 per cent.