Discussing the importance of accountability and Hockey Canada misconduct 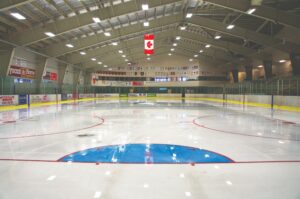 In May 2022, it became public that a woman was sexually assaulted in a hotel room by several hockey players on the Canadian men’s national junior team in June 2018. Global News revealed that no charges or sanctions have been placed upon the perpetrators and that some of them are now playing in the NHL. The 2023 World Junior Championship, hosted in Moncton and Halifax, concluded earlier this month, has left many with mixed feelings surrounding the celebrations of the team and its players.

Global News sources also confirmed that in May, Hockey Canada board executives told the House of Commons that the 2018 team was not required to cooperate with investigators and that only a small portion of team members were interviewed. Many details regarding the case including the names of the perpetrators have not been made public.

It has been revealed that Hockey Canada provided the woman with a settlement that was funded by youth membership fees in exchange for her silence in response to the sexual assault.

Canadian news outlets have reported that there is also an ongoing investigation regarding a sexual assault case in Halifax involving players from the 2003 Canadian men’s national junior team. According to the Toronto Sun, Hockey Canada has paid 21 sexual misconduct settlements since 1989.

The 2023 World Junior Championship comprised 28 games and according to the International Ice Hockey Federation (IIHF), over 200,000 people attended. The cities of Halifax and Moncton have been globally recognized for providing ‘Maritime hospitality,’ as they brought such a large and spirited crowd. Despite Hockey Canada’s poor response to the sexual assault cases, the 2023 championship was deemed to be a success and over 13 million people have visited Hockey Canada’s webpage during the tournament.

Hockey Canada recently elected a new board of directors due to public pressure in the summer of 2022.

Dr. Elizabeth Jewett, a Canadian Studies professor at Mt. A says that the newly elected board is a small, but vital first step. She continues by saying that “there is still a long way to go in overhauling the toxic and harmful aspects of hockey culture in this country.”

Dr. Jewett explains that “players, families, friends, and the growing public, have experienced and known about these realities for a long time and demanded action.” She hopes that through this example, other sporting bodies will “have honest and necessary conversations about the damaging and discriminatory realities in their own amateur and professional sport leagues.”

Some Mt. A students are concerned with the lack of accountability from Hockey Canada. “I wish the media and fans as a whole would have done more to acknowledge Hockey Canada’s abuse instead of acting as though this scandal was never brought to light,” says Thea Button, a fourth year Psychology Honours student. Button explains that although it is exciting for many people that Canada won the championship, “we do not know the individual players and should not idolize them for more than what they are.”

Button says that by failing to hold perpetrators accountable, “people are excusing both the individual assailants, as well as Hockey Canada as a corporation of any wrongdoing and further normalizing rape culture.”

Jewett ends by saying that she is “hopeful that in this moment people will continue to agitate for change and accountability.”