Mt. A student is falsely detained for Motor Vehicle Theft 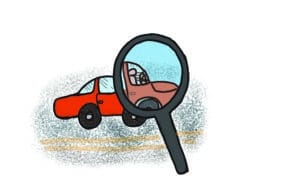 On October 6, Corey Brideau was walking to the car in the driveway located in Parkton, an area in Moncton. Unexpectedly, a police officer was there waiting and said that Brideau was being detained for a crime. “I was shocked because I didn’t commit any crimes,” Brideau stated.

When the police officer detained Brideau the second time, it was discovered that a mistake had been made by the previous officer, who did not make clear the legal right to remain silent. Brideau described feeling upset due to being unaware of having the option to remain silent. “I was talking to him the whole time without him reading me my rights,” Brideau said. In trying to prove innocence, Brideau described letting the police officer search the car without a warrant.

The police officer searched Brideau’s recently damaged car. Two days prior to Brideau being detained, Brideau’s car was involved in a hit and run which left the car severely damaged. The police officer searched Brideau’s recently damaged car. “I have a baseball bat in my car that I use for self-defence. I used to deliver pizzas, and I used to get involved in a lot of nasty things doing that,” Brideau said. Scrap metal was also reported to be in the car, which is often associated with homeless people in Moncton. “They are wrongfully thought to be thieves,” Brideau said when speaking about those who work with scrap metal. Needles were also inside the car because Brideau works with a group called Needle Awareness, and part of the job description is picking up needles found outside.

“He looked at me after seeing these four things and said I gotta let you know right now dude, I’m looking at your car and it’s not looking good for you, this is really sketchy,” Brideau said, explaining the interaction with the police officer after searching the car. “There is a class dynamic, I’m in a poor neighbourhood, I have a poor car, and I just look like a criminal I guess,” Brideau speculated.

Brideau is 30 years old and grew up in Moncton. Brideau studies sociology at Mt. A. Many years of hard work in agriculture inspired a specific academic focus in worker exploitation.

When the New Brunswick government announced a free-tuition program, at 26 years old Brideau enrolled into university as a first-generation student.

Brideau’s uncle had been wrongfully arrested a few times in his life, and because of this, Brideau reported having no fear while being detained.

“I can’t count how many times I’ve been harassed by the police in this city, wrongfully. I’ve been thrown up against walls, and I know it is because of that class aspect,” Brideau said. The police officers discussed arresting Brideau for the crime, but after deliberation decided to release Brideau. Police officers informed Brideau that Brideau was still a suspect for the crime. As of October 14, Brideau has not been contacted by the police.

Brideau discussed that the victim of the crime was a young Black man, and said: “I am happy to see the police were actually taking this seriously and helping the person because I know in many circumstances it’s not.” Brideau recognized one’s position in communicating with the police by stating: “I know my white privilege helped me in that situation,” speaking to the fact that People of Color and Black and Indigenous people are disproportionately detained, harassed, and stopped by police.

Brideau emphasized that associating crime with individuals with low socioeconomic status is extremely damaging. Brideau said that interactions with the police are far too common for people with lower socioeconomic status. Brideau explained that it can be very easy to become frustrated when you are accused of a crime you didn’t commit yet continued by saying, “the biggest thing that helped me remain calm is knowing that I was innocent.”