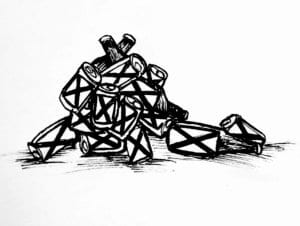 On Jan. 10, Mt. A community members gathered in the Crabtree Auditorium for Rethink the Drink, an event that encourages discussion around binge drinking and alcohol consumption at university. Rethink the Drink was hosted by MASU and the Mt. A Wellness Centre and designed by the Postsecondary Education Partnership on Alcohol Harms and the Canadian Centre on Substance Use and Addictions.

The evening was in the form of a panel discussion with Emma Miller, the MASU VP of Student Life, as student moderator. The conversation focused on audience participation and interaction with the panel of experts. The panel featured mental health and addictions social worker Julie Belliveau, Bennett House president Cole Jacquard, orientation chair Natasha Kochhar and local paramedic Eddie Cole. The goal of the event was not to discourage drinking but to educate students on how to drink in a responsible way.

One of the topics discussed at the panel was the way alcohol and binge drinking dominate university culture. The panel explained that one important factor in university drinking culture is students’ increased independence. “When you come to university you’re free to do what you want, so a lot of people turn to drinking because you can and that’s what everyone else is doing,” said Jacquard.

Rethink the Drink encouraged the audience to participate by both asking questions and answering the questions brought up by other participants. Nigel Verret, Hunton’s assistant don, spoke up, saying, “There seems to be a causality between drinking and having fun, which is a really big misconception. I don’t drink that much, and I know I have a blast.”

The evening also spoke about how alcohol is often specifically marketed to university students, which promotes binge drinking and unsafe habits. “Marketing and advertisement have alcohol almost everywhere we look,” said Miller. “And since young students are just becoming legal drinking age, they are a target for most alcohol companies.”

The event concluded with an opportunity for participants to suggest programs that should be offered to manage binge drinking on campus. One suggestion was that there should be other entertainment options, such as board games, available on nights the University is hosting parties. The audience was also reminded of the harm reduction programs that Mt. A currently offers through SHARE. For example, the Take a Stand Bystanders program involves certified students wearing bracelets to indicate their willingness to help in situations where alcohol may be of concern.

Rethink the Drink encouraged students to spread the word and encourage safe drinking on campus. Sertara Wilkinson, a third-year biology student who attended, said, “It’s serious. People don’t realize, they just say they’re having fun in university, but you can die. It’s serious and we need to realize that. It’s up to us to talk to people. If you know your friend has a problem, make the effort to talk to them.”