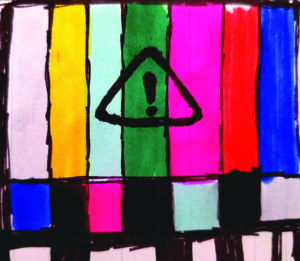 Sackville has joined the ranks of over 300 Canadian municipalities who subscribe to developer ICEsoft Technologies’ emergency notification system, Voyent Alert. The system can be used to alert residents to events like emergencies, poor weather, road closures, and water advisories.

Since 2012, Sackville has made use of a different system, known as Sentinel, from which all previous users have been migrated.

“Everyone who registered for emergency alerts under Sentinel was automatically transferred over to Voyent Alert,” explained Sackville’s Senior Director of Corporate projects, Kieran Miller. “We sent out a final communication on Sentinel advising them that we were switching over… and then a couple of days later we sent the welcome message on the new system.”

While the town’s experience with Sentinel was satisfactory, the system was dated and less intuitive than its newer counterpart. Miller compared the upgrade to replacing aging electronics: “If you had an old model cell phone, you could still get what you needed to get done on it, but the newer technology just makes it quicker, makes it more interactive.”

Unlike Sentinel, which only allowed for alerts to be sent via email, text, or phone, Voyent Alert can also be downloaded as an app on iOS and Android devices. Miller lauded the ability of app users to pin their home, work, child’s school, or any other locations to receive the alerts most relevant to them.

Outside of emergency situations, Voyent Alert allows for the dissemination of information to specific areas of Sackville. “Voyent has a ton of notification abilities,” said Miller. Among them are road closures, boil water advisories, utility outages, and even recycling schedules and events, although users would be able to edit the alerts they would like to see. Miller gave the example of Voyent’s ability to alert specific groups to an issue like a boil water advisory: “With Voyent we could pin the exact location, the exact street that’s impacted and send notifications to those property owners… but it only works if they’re registered for the app.”

However, in an effort to “get people used to the first phase of Voyent Alert,” these features will not be enabled for approximately six months or longer. “Right now, as we roll it out, the main purpose [of the system] is for critical emergencies,” explained Miller.
About 120 entities from across Canada have adopted Voyent, according to ICEsoft’s President and CEO Brian McKinney. McKinney accounted for the service’s sizable growth by noting the uniqueness of the product and inter-community recommendations of the service. “Two-thirds of our new leads that come in, come in through referrals, so we’re seeing this sort of exponential growth.”

The President even asserted that Voyent Alert was responsible for “over 80% of the evacuation orders and alerts that went out to Western Canada” during last year’s devastating forest fire season. Owing to more recent flooding on the west coast, McKinney observed that “it’s been kind of non-stop since last June.”

Despite rising numbers of clients, McKinney assured The Argosy that Voyent Alert’s team and systems are up to the task. ICEsoft is a small company, consisting of just twenty staff members, four of whom make up the round-the-clock support team.

On whether the team has been keeping up with demand, McKinney said: “So far we’ve been okay, we do anticipate bringing on more staff as we move into the summer season.” McKinney said that the team’s small size is beneficial, as many other team members are capable of stepping into a support role should the necessity arise.

McKinney expressed similar confidence in their servers. “We run off of two large cloud instances, one is in Toronto, one is in Montreal, on Amazon web services.” “If one goes down, we automatically switch to the other one… Basically this is a fairly hardened, robust, always-on sort of infrastructure.”

“The technology… is quite elastic,” said McKinney. “It’s like an accordion, if we need more resources, it automatically grows out to accommodate.”
The new system has already demonstrated its value to Sackville’s Fire and Rescue service. “Right from the get-go as we started navigating that new platform and doing some testing and trials, we found it much easier to use here at a staff level,” said Sackville Fire Chief Craig Bowser. Bowser also speculated that residents will appreciate the app’s design, saying: “I believe it’s going to be much easier for the residents to sign up and be able to go in and edit their own communications and how they want to receive those messaging alerts.”

Pricing schemes also differ between Voyent and its predecessor. Sentinel charged a flat rate of $3000 annually, but this did not ensure unlimited communication. “With Voyent, there’s a one-time flat-rate charge so we can send out as many messages as we need to, [whereas] with the other platform we had to buy credits to make sure that we had enough to send out messaging on a recurring basis,” explained Bowser.

According to Miller, Voyent’s cost to the town will amount to ­­­$3500 annually, and will not be constrained by Sentinel’s credit system as Voyent allows the town to access all their services and send an unlimited number of communications.

The town has recently been making a push on social media to encourage residents to sign up for the new alert system, but according to McKinney, Sackville’s user base is already “ahead of the curve” compared to the average Maritime community, given the automatic transfer of 1740 users from Sentinel.

In order to keep the user base growing, however, Sackville must put its new tool to use. “The biggest driver of organic growth is use of the system,” said McKinney. “We certainly see that communities that use the system more frequently have about a fifty times higher growth rate than communities that don’t.”

“The system is incredibly flexible and very, very powerful. What we get excited about is when we see communities start to use it… beyond emergency alerting,” said McKinney. “Talk to your friends, talk to your neighbours, get everybody registered.”

Fire Chief Bowser shared the sentiment, saying: “I think the biggest thing for me… is to encourage all of our residents to do their best to sign up so they know exactly what’s going on within our community especially during an emergency situation.”