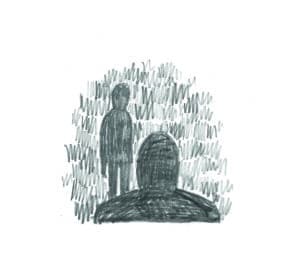 On October 7, Maclean’s released their rankings for universities across the country. Universities were ranked in various categories including sexual assault prevention. Mt. A was ranked last in the primarily undergraduate category. The rankings were determined by student responses to a nationwide survey earlier this year.

“The community heard really loud and clear last year during the protests that students don’t feel safe, heard, and they don’t feel that there’s enough being done at all levels,” said Tasia Alexopoulos, who fills a new staffing position as the Sexual Violence Prevention and Education Coordinator at Mt. A. This position entails providing training, workshops, and information to administration, staff, students, and community members.

“Knowing what the ranking reflects is really important. Because it means we know we have work to do and we can commit to doing it and should commit to doing it,” said Alexopoulos. Alexopoulos stated that the University is currently working on revising sexual violence policies and procedures but there are not permanent ones in place at this time. Alexopoulos stated that the policies and procedures need to be clear and efficient, so that individuals know how to access the resources they need. She continued by saying that Mt. A should ensure the new policies provide accountability and justice.

“Policies also have to be trauma informed and survivor centred,” said Alexopoulos. Centring policies on supporting survivors through their experiences is important for ensuring safe, equitable, and healing outcomes. “We live in a world that blames survivors and calls them liars,” she continued. Alexopoulos stated that increased sexual violence prevention is also done by changing the culture of sexual violence at Mt. A by implementing mandatory training for administration, staff, students, and community members.

Alexopoulos explained that she has observed this culture at Mt. A since she began teaching gender studies and history here in 2014. Alexopoulos stated that hiring more qualified individuals at Mt. A is necessary. For example, she suggested hiring someone primarily for sexual violence disclosures.

“The administrators that you go to, I know that there is a lot of pushing things under the rug, and victim blaming,” said Corey Brideau, a sociology student. Brideau spoke about the experience of administrators not believing Brideau’s own story of sexual violence that led Brideau to consider dropping out. “I’ve seen so many individual stories of people experiencing harassment and sexual violence on this campus.”

With COVID-19 restrictions causing many individuals to stay at home, rates of gender-based and intimate partner violence have also increased. This has resulted in an increased number of women leaving the household, leaving many homeless. This inspired Brideau to create a project that is donating all of its proceeds to Crossroads for Women in Moncton, selling raffle tickets for cakes and cupcakes. To ensure that all of the revenue is being donated to Crossroads for Women, Brideau raised the money for ingredients by exchanging recycling materials donated by others for money.

It has been just over a year since the sexual violence protest was held outside of the Student Centre. On November 17, the Women and Gender Studies Society hosted a ‘One Year Later’ panel that discussed sexual violence prevention at Mt. A. Recently, an Instagram page, @feministkilljoysmta, was created that is focused on community-building and providing solidarity to survivors, that challenges the current white and patriarchal institutions currently in place.