A memorable cab ride in the big city 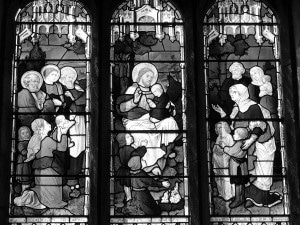 Each year during my studies at Mount Allison I have attended the Queen’s Conference on Philanthropy (QCOP) at the end of January, held at Queen’s University in Kingston, Ont. I have met some incredible people who have been speakers or resource people at the conference. I travel through Ottawa; it is the most convenient way for me to go and also gives me a chance to visit with my only cousins, as well as see a little of Ottawa on the way there or back. This year, because of other obligations, my extended family was unable to pick me up from the airport and so I had to take a taxi to their house. Being from a small town, some big city experiences are a little unnerving.  Even though I have travelled in many places, the thought of taking a taxi in a big city by myself made me a little nervous. However, my cab ride turned into an incredible experience I will remember for a long time.

My cab driver’s name was Abdeen, and he immigrated to Ontario from Lebanon 11 years ago. I found this interesting, as I have been working with the Sackville Refugee Response Coalition for the past few months in order to fundraise money to bring refugee families to Sackville. Abdeen told me how beautiful Lebanon used to be, and how it had been ruined. He said that it’s like when everyone is trying to cook at the same time, in one big bowl. Everyone is on their own, sticking their hands in the bowl and putting their own ingredients in—of course it doesn’t turn out well. That’s what happened to Lebanon, he said. Everyone tried to put their hands in, and in the process, the beauty of Lebanon was destroyed and he was forced to move here.

I told him that my parents had been working in my town to get refugee families in our community, and that they had raised enough for three families. He said that I was to tell my mother and father that he sends hugs. He said: “God bless your parents and everyone they are working with. I am praying for them.” Abdeen said that he doesn’t care about race or gender or religion. He cares about humanity.

Abdeen continued on to explain that he wasn’t a social person, and that he preferred to be alone. But yet, he told me his whole story. I gave him an extra tip for his kindness, and because he told me his story. They say a picture is worth a thousand words, but I think that when someone shares a part of themselves with you, the way Abdeen did with me, that it is worth even more.

This story is important, especially now, as the SRRC continues to work toward bringing three families to Sackville. Everyone has played such an important role, whether by sitting on a committee in the SRRC, giving time or money, donating clothes or furniture, or offering help in the future. Everything that has been done has made such a huge difference, and is even having an influence on cab drivers from Lebanon who are living in Ottawa. That’s worth it, I would say.

I looked up what the name “Abdeen” meant when I got here. It means “believer” – that seems appropriate.