Impact on the Arts 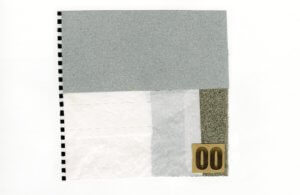 On Friday, Jan. 24, the Mount Allison Faculty Association (MAFA) confirmed its collective vote in favour of a possible strike, to take place at the set strike deadline of Monday, Jan. 27. With no agreement reached by the deadline, MAFA went ahead with a part-time and full-time faculty strike for one week. Each department suffered in different ways due to this strike but none quite like the music department, whose students rely on faculty daily.

In a department where weekly feedback and one-on-one work with professors are key to success, music students found it difficult to proceed within the context of a faculty strike. Reduced library hours, limited access to public work spaces and the lack of office hours proved to be just a few of the many struggles voiced by students of the music department.

As music students, a big part of our everyday schedule is interacting with faculty for feedback and coaching. Many students found it difficult to support striking faculty and work on the things that they needed to. Practising daily in the practice rooms is a necessity for our program, but during the strike many also felt strongly about supporting the faculty by not crossing the picket line. This put students in a difficult position.

“I guess for me the hardest part about the strike is knowing how unfair the admin is being towards part-time faculty when so many of the amazing applied professors we have are part-time,” said Christina Acton, a third-year voice student.

Along with maintaining solidarity with striking professors, students found it especially frustrating to keep up with rehearsals during the week. While the strike caused a cancellation of all academics until a collective agreement was reached, some students tried to take initiative and lead rehearsals themselves. These students saw a low attendance rate, as these rehearsals were not mandatory.

“Even as a part-time music student this term, the cancellation of classes has had an impact on my schedule this past week,” said Isaiah Yankech, fifth-year music student. “As an active performer, the lack of scheduled rehearsals has left major holes in my schedule.” Yankech also added that “With students not required to attend rehearsals during strike week I am concerned, because we still have concerts scheduled for later in the term.”

Whether or not the professor is in attendance for these rehearsals, it still remains the students’ responsibility to be prepared for upcoming performances. On top of this, students are also responsible for keeping up with all coursework and performance practice if they want any chance of having a successful semester.

Now that MAFA and the administration have declared an end to the strike after just one week, students can begin to fall back into their normal academic routines. However, the effects of the faculty strike will be present for the remainder of the semester and will no doubt have an effect on both classes and extracurricular ensembles. In many cases, professors will have to revamp entire course schedules to make up for lost time, and many students will have to put in extra work to make sure they stay on top of things. Furthermore, without proper rehearsal during the strike, ensembles will have much practice to catch up on for their upcoming concerts.