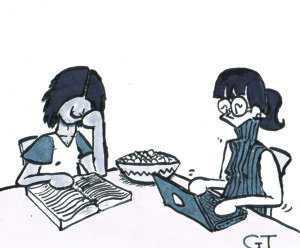 The downfall of Twitter and its surprising connection to Sackville politics

Self-titled “free speech absolutist” Elon Musk took ownership of Twitter on October 27 in a 44 billion dollar deal. What does this mean for the future of the app? Well, it’s unfolding before our eyes. Musk’s plans include making the platform’s algorithms open-sourced to promote transparency and free speech and cracking down on spambots. However, free speech is not absolute, like when it meets the boundary of hate speech.

A data analysis by the Center for Countering Digital Hate found that although they have successfully reduced hate speech on search and trending pages, since Musk’s takeover the use of slurs on the app have tripled. Musk has since denied this, tweeting, “we have actually seen hateful speech at times this week decline *below* our prior norms, contrary to what you may read in the press.” Nonetheless, in my experience it remains a common misconception that hate speech is included in the free speech argument. It is a fair and legitimate concern that under Musk’s leadership the spread of misinformation and hate speech will increase. In fact, it is a fear that has been proven correct.

Enter Bonnie Swift, Tantramar Mayoral candidate. On November 22, Bruce Wark published an article on The New Wark Times, calling attention to hundreds of right-wing tweets that were deleted off Swift’s account. The tweets ranged from opposition to abortion rights and racial justice campaigns to support for big oil. A common thread throughout said tweets was admiration for Musk. In a reply to Katie Herzog who tweeted, “If Elon musk buys twitter I’m moving to Canada,” Swift says: “We have Twitter in Canada and we hate the left as much as anyone, even though our PM is a woke liberal flake most Canadians are not. Almost all our Provinces are ran by Conservative Premiers…so maybe don’t bother.” On the same day, April 25, Swift cheered Musk on, tweeting: “Finally we’ll have a social media site that respects free speech for everyone. Go Elon!”

Why is this a problem? Although it’s unlikely Bonnie Swift has any influence over tech billionaire Elon Musk, it is her support of harmful rhetoric that is a problem. In Swift’s response to Wark’s article she states, “I have just as many left sided views as right but none of those were ever posted.” According to Swift, “if you are woman with a range of political views from the left to right they will only pull what they need to sabotage you.” To this I say yes, one can have a wide range of views. However, having these “left” views doesn’t make her comments any less harmful or in any way cancel out her right-wing views posted by Wark.

On June 6, Prime Minister Trudeau tweeted about meeting with Ottawa high school students to discuss “climate change, gender equality, democracy, leadership, and other topics these young people are passionate about.” Swift replied: “Topics no one cares about. Cost of living, cost of housing, inflation rates on food and gas, improving healthcare, decreased standards of living for families because they can’t afford to live here. The level of detachment this government shows for basic human needs is appalling.”

If you are a young person who is passionate about “climate change, gender equality, democracy, leadership” or abortion rights and racial justice, keep this in mind when you cast your vote or support a candidate. To read more about the tweets made by Swift, go to www.warktimes.com.