On the longevity of tattoos and climate change 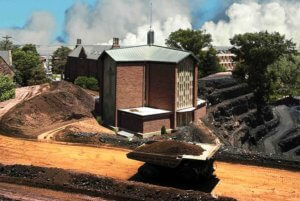 For students who participated in last week’s Divest MTA action, it has never been more clear that fossil fuel divestment is necessary, and inevitable

Have you noticed that the prime minister is on a seemingly endless tour of town halls? We’re told that PMJT wants to hear from the people so that he can best understand how to serve us. But my theory? Justin knows he is his best self when he has an audience to play to. He can toss his hair, flash a smile, and on a really good day, eke out a few sensitive bro tears.

Last week our white knight had an especially rough few days of town-halling. Between four-foot high banners proclaiming opposition to Kinder Morgan held up in Edmonton and, in Winnipeg, an uncomfortable encounter with Cree activist Clayton Thomas-Muller during which he chastised Thomas-Muller for failing to say “please,” tensions were high. In addition to this, the numerous individuals our PM had dragged out of his Vancouver consultation served as evidence that criticism for the government’s handling of climate change is intense and (this writer believes) spectacularly righteous.

This all amounts to a growing, fierce and transformative movement calling for climate justice. This rising tide of action is responsible for last year’s cancellation of the Energy East Pipeline, last month’s reveal that NYC would be divesting from fossil fuels and last week’s announcement that BC was placing new restrictions on transportation of tar sands oil on the West Coast. It is becoming increasingly clear that the fossil fuel industry is dying an agonizing death, and when Divest MTA presented to the Board of Regents on Friday morning, that was the message we brought with us.

The fight against climate change and the fossil fuel industry is one which has been fought for decades now – it’s a fight that we, as young people, were born into. On Friday, Jan.  after the presentation to the board, students gathered just outside Tweedie Hall to get “birthmark tattoos” of the atmospheric carbon dioxide in parts per million that existed the year of their birth. For example, I have “357” tattooed above my heel because I was born in 1993; students born in 1995 had their bodies permanently marked with the number “360,” those in 1997 got “363,” etc. In 2007, NASA scientist Dr. James Hansen released a paper stating that the safe limit for atmospheric CO2 was 350 ppm. This limit was passed in 1987, which means that most students at Mt. A have never lived in a world with safe levels of atmospheric CO2. That’s what those tattoos are meant to symbolize.

Whether or not the Board of Regents and President Campbell heard the call to action remains to be seen. Campbell appeared to be enraptured with his iPad for most of the presentation, and as of writing this, we’ve yet to hear back from the board on our specific requests.

All we can be sure of at this point is that we need to continue to speak this truth as loudly, as frequently and as creatively as we possibly can – and to do that we need your help. Whether you’re staff, faculty or a student; whether you want to gather petition signatures, help distribute zines, facilitate meetings or get a tattoo, your voice is critical in the call for climate justice, a choral sound that is already reaching cacophonous levels.