The Doomsday clock is a call for action we must answer through hopeful, positive change 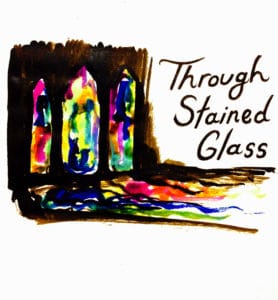 For the second time in just over twelve months, the hands of the Doomsday Clock have been moved closer to midnight, the symbolic time of the collapse or annihilation of the human race. Usually the hands are moved by increments of a minute, or several minutes. Last year, the hands were moved ahead by 30 seconds, and this month another 30-second move forward brought the hands to two minutes to midnight, or doomsday.

The term “Doomsday,” suggesting the final day of judgement, came into English usage in reference to the comprehensive record of lands owned and taxes owed in 1086 by order of William the Conqueror. It suggests final debts, but has also come to connote the judgement of the dead and the final divine judgement or even destruction of the earth.

Not a biblical word, doomsday has nonetheless long been associated with biblical notions of apocalyptic judgement and destruction, expressing more recently the fear of destruction through nuclear war. Nineteen adjustments to the clock have been made over the years, and the closest time to midnight, two minutes before, was recorded during the nuclear threat of the 1950s; the hands have now returned to that position. Highlighting the international challenges of the last year, the Bulletin of the Atomic Scientists, the organization behind the Doomsday Clock, noted that “in 2017, we saw reckless language in the nuclear realm heat up already dangerous situations and re-learned that minimizing evidence-based assessments regarding climate and other global challenges does not lead to better public policies.”

While many may be alarmed at the new time, I think the message may be, in Douglas Adams’ famous phrase from A Hitchhiker’s Guide to the Galaxy, DON’T PANIC. As one who teaches apocalyptic studies, I return to the ancient apocalyptic texts and their meaning, which was to inspire confidence, hope and ethical behaviour in the face of challenge. The texts spoke in polyvalent images and symbols of destruction, but rather than giving a message of doom they expressed hope through renewed effort.

Perhaps we should return to the essence of the apocalyptic images, and find inspiration and encouragement. Since the “clock is ticking” for earth, we can and must use this as incitement to action. This could include: completing negotiations that provide for reductions in nuclear warheads and delivery systems; adopting and fulfilling climate-change agreements to reduce carbon dioxide emissions; and moving away from fossil fuels and to renewable energy resources.

The Doomsday Clock was a novel way of introducing the world to the threats of its own extinction. Perhaps after over 70 years we have become so inured to its existence that we forget the urgent call to action it represents. But if we can hear the ticking clock not simply as a countdown to destruction but as a call to action, perhaps we can move away from living on the edge of disaster and find a way to sustain life and hope on earth. As the apocalyptic texts of long ago were a call to action, so the Doomsday Clock can echo that intent; it is time to decide, with the time still approaching midnight, to live instead in the full light of day, knowing that there will be a morning and a new beginning. As the president of the Bulletin writes, “It is urgent that, collectively, we put in the work necessary to produce a 2019 Clock statement that rewinds the Doomsday Clock. Get engaged, get involved, and help create that future. The time is now.” In the countdown to Doomsday, time is in our hands.