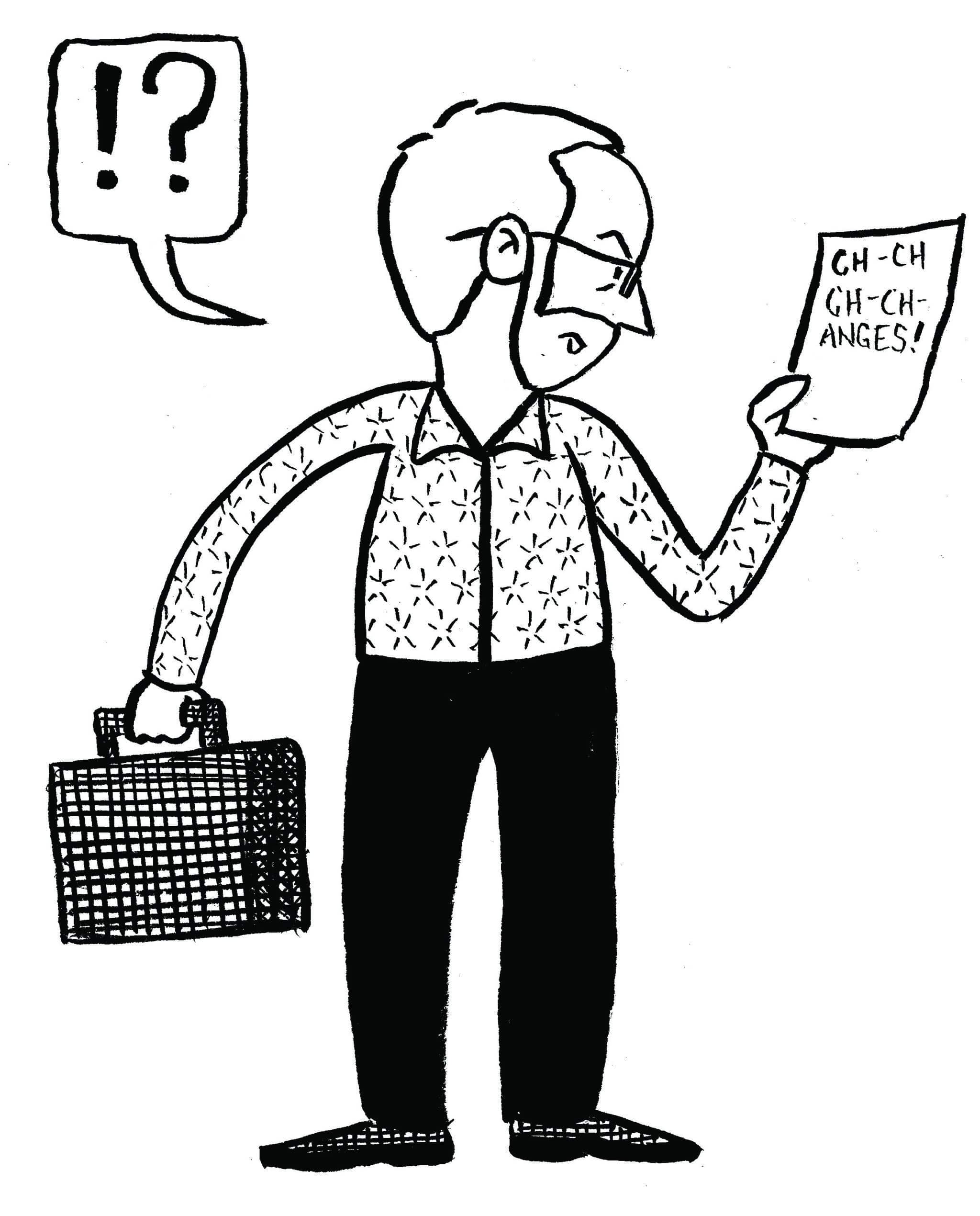 Next academic year will see a major change in Mount Allison’s distribution requirements. The University Senate’s Academic Matters Committee – chaired by the dean of arts, Dr. Hans vanderLeest – has been developing a new distribution model which aims to ensure breadth in each student’s degree as a function of a liberal arts education.

There are eight proposed new distribution categories which are titled with overarching concepts such as “belief, thought, and meaning” and “the social world.” Students will be required to complete three credits from seven of the eight categories, changing the requirement from 24 distribution credits to 21. A maximum of six credits from one department or program may be used towards fulfilling distribution requirements. A list of approved courses will be compiled, all of which must have no prerequisites and which will be made clear to students when they are registering for courses, according to the report to Senate.

Changes to distribution credits have been a topic of interest for the University for nearly ten years. In 2007 a strategic plan called for re-examination of the existing distribution credit system, deeming it outdated. This effort was not looked at in depth until 2012, and then more closely this past year.

A report from the beginning of December by the Academic Matters Committee to the Senate said, “while various approaches have been used, the goal of distribution is always to introduce the liberal ideal through broad exposure to different academic disciplines and methods of inquiry.” Rather than asking students to “sample a variety of courses”, the Committee aims to see students experience different ways of thinking. vanderLeest said there is also the opportunity for new courses to be created specifically aimed towards new distribution requirements.

The four administrative bodies which are currently used – sciences, humanities, social sciences, and arts & letters – do not accurately reflect the University’s diversity of courses and interdisciplinary programs, said senator Sarah Murphy, the student representative on the Academic Matters Committee.

“The objective of this proposed change has been to bring Mt. A closer to fitting the definition of a liberal arts education,” said Murphy. “That’s not to say that the new system is not without flaws, but this is opening up the discussion and implementing a tentative plan.” The MASU will host a focus group led by vice-president academic affairs, Mary Emma MacNeil which will be open to all students on Jan. 28. This forum will ask for student input, questions, and concerns around the new model.

A number of faculty, senators and students have expressed concern with the new system. Students will now need to take more courses without prerequisites which will be mostly first year courses in order to fulfil the requirements. said Thomas, the head of the international relations department, said he believes this will allow more diversity in a student’s degree, but at a cost to flexibility and depth. “I don’t know many students who would prefer to be taking more first-year courses,” he said.

Thomas said he, and other senators, initially had many concerns around the function of the new system. “We were being asked to vote on accepting a new model of distribution requirements without seeing the set of courses in each of the categories,” he said. “It’s very hard to understand the merits and shortcomings of the model unless you see what the vision is for what courses are going to go where.

Dr. Stephen Law, of the economics department, said “[he is] disappointed that there hadn’t been a better analysis of what might be the result of changing this system. It’s likely going to create some reallocation of resources,” he said, “because students are going to change their choices of first year courses. If the effect is large, what is that going to look like and what implications might that have?”

Law also said he was concerned with apparent inconsistency between the stated goals of the new system and its possible ramifications. If all social science courses are placed under “the social world” category, said Law, then it is possible that a student could graduate without ever taking a social science course. “That seems to me not to be the stated goal of a distribution system,” he said.

“I think the model is moving in a better direction than it was before,” said Thomas, “but at the same time, I still believe the model is a very conservative and antiquated model in terms of how to approach a liberal arts education.” There is no explicit mention of concepts such as the analysis of power, the environment, gender, or indigeneity in the new model, said Thomas.

Returning students will have the option of graduating under the calendar from their previous years at Mt. A or under the new distribution system, said vanderLeest.