Federal government, Sackville, and Mt. A community to recognize the National Day of Truth and Reconciliation 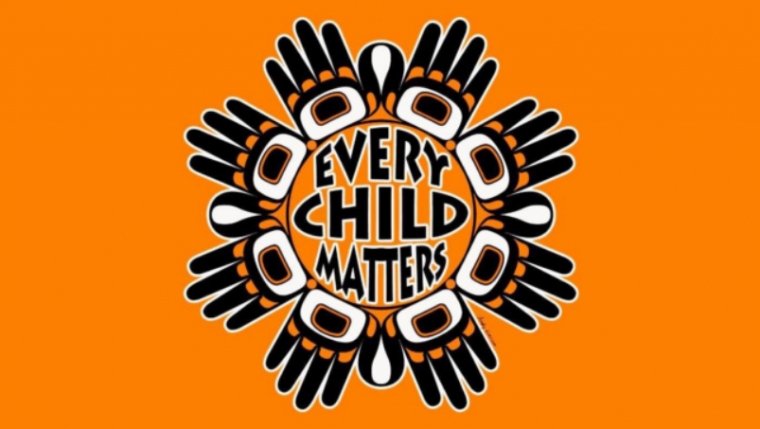 For the first time, the federal government is recognizing September 30 as the National Day of Truth and Reconciliation to acknowledge the centuries of colonial violence, oppression, and genocide suffered by Indigenous peoples, and to mourn lives lost as a result of these injustices. This past summer, discussions of past and current injustices, like the lasting effects of the residential school system, were brought to the forefront of national conversation.

Since May of this year, over 1000 children’s bodies have been found on residential school sites across the country. The residential school system was organized and maintained by the Canadian government and churches throughout the country from the 1830’s until the late 1990’s. According to research by the Indigenous Foundations department at the University of British Columbia, the purposes of these schools were to eradicate Indigenous identities from children and to assimilate them into western colonial society. Children were removed from their homes and families, not allowed to speak their own languages or practice any Indigenous traditions and forced to celebrate colonial practices and culture.

An unknown number of children did not survive the conditions of these schools due to a lack of reporting. These children’s bodies were only recently discovered by individuals pursuing some of the 94 calls to action released by the Truth and Reconciliation Commission of Canada, specifically the investigation into the missing children from residential schools. As of this month, approximately 1800 people’s remains, mostly children, have been found across the country since May.

For more information on the history of the residential school system, please visit any of the following resources:

Amy Walker, a former student at Mt. A, says that although it is disappointing that the day is not recognized provincially, it should not stop individuals from reflecting on Canada’s colonial history. Walker is the Project Support and Communications Intern in Mt. A’s Office of Experiential Learning and identifies as Indigenous. She said: “It’s frustrating that a national day for truth and reconciliation, for commemoration of what has happened, is not being recognized… but I grew up in Ontario so I’ve seen that it’s not one hundred percent essential when people do it properly. For example, Ontario doesn’t do Remembrance Day as a holiday but everybody takes the time to recognize and commemorate everything that’s happened.”

In spite of Higgs’ announcement, businesses and municipalities all across the province are showing solidarity by choosing to pause their operations for that day. Both Mt. A and the Town of Sackville are recognizing the National Day for Truth and Reconciliation and hosting a series of reflective events to spread awareness.

Members of the Mt. A and Sackville communities are welcome to join the events this week to celebrate and reflect on Indigenous culture in Canada. Events this week include: a screening of the documentary We Were Children on Sunday at 6 p.m., a sweat lodge ceremony on Thursday at 11 a.m., printing orange handprints on the campus tipi on Tuesday and Wednesday, and a President’s Speakers session with Mi’kmaw Ceremonial Elder William Nevin of Elsipogtog First Nation on Wednesday at 6:30 p.m. Pre-registration is required by emailing [email protected] More information about each event is available at https://mta.ca/about/indigenous-engagement/indigenous-ceremony-events-and-activities. Individuals are encouraged to wear orange all week as a sign of solidarity with Indigenous communities.

Joshua Cormier, a fourth-year Indigenous student at Mt. A, believes that the events on campus this week are “a start” to reconciliation. He praised the support that student and administrative leaders were showing for Indigenous events and the Elder-in-residence, Elder William Nevin. “[William] and his wife were down by the tipi [last week] and Jean-Paul Boudreau showed up to meet them, the MASU showed up to meet them. There is some high-level leadership recognition happening here, and I think that’s great,” he said. “The events are one thing, but the genuine level of understanding and commitment to enacting the goals of the Truth and Reconciliation Commission, that’s what matters.”

In addition to events on campus, Mt. A will have commissioned artwork on display this week. Mi’kmaw artist Loretta Gould from Waycobah First Nation will have her piece Prayers for Our Lost Children displayed at the Wallace McCain Student Centre outside the office of Indigenous Affairs. Patty Musgrave-Quinn, Mt. A’s Indigenous Affairs Coordinator, explained that the piece was commissioned “earlier this year as the shameful story of Canada’s Residential School System continues to unfold… [serving] as a powerful reminder of this part of our history but also underlines the important role of Mi’kmaq art, culture, and spiritual practices.” This piece will be added to the collection of Indigenous artworks that have been commissioned by Indigenous Affairs and the Owens Art Gallery since 2019.

There will be no classes on September 30. Cormier added that no matter a person’s status, culture, or ethnicity, September 30 should be used as a day of education and reflection regardless of the day’s status in the province. “I recommend that anybody, whether it’s your last year at Mt. A, your first year, or you’re reading this a while down the line, take the time to learn,” he said. “It’s something we owe to ourselves, to the people whose land we now live on, and we owe it to the people who have suffered so much at the hands of injustice on the basis of a lack of knowledge and understanding.”