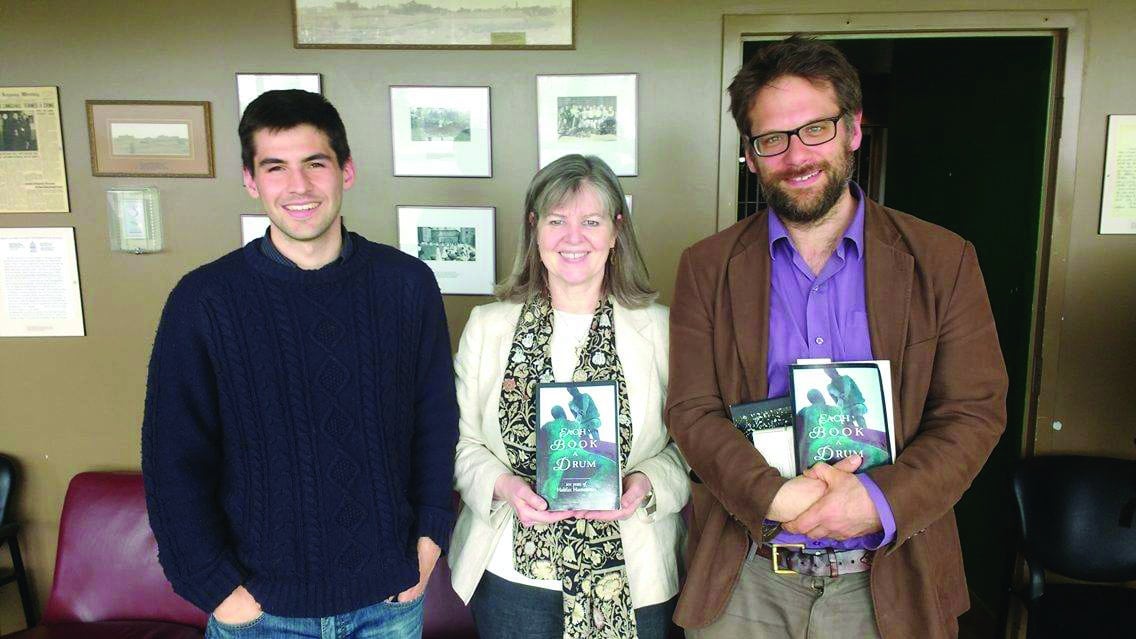 One of the perennial questions that surrounds the liberal arts focus of Mount Allison and other universities concerns the value of such an education. A Halifax-based initiative believes it has the answer and that there is now interest in starting a similar initiative in Sackville.

Halifax Humanities offers a free introduction to the humanities to those living below the poverty line. The core course is modeled after the Foundation Year Programme at King’s College. At the North Branch Library in Halifax, students go from studying classical texts like The Iliad and The Republic to contemporary writings such as Simone de Beauvoir’s The Second Sex over the course of eight months. Although the program is not for credit and there is no marking, the program uses a shifting cast of volunteering professors from universities in Nova Scotia to run each class. Halifax Humanities also offers a seminar-style class to students who have completed the foundation year. This class expands on themes from the core course and allows graduates to come back to the program year after year.

“The numbers are down in terms of the enrolment in arts and humanities courses and programs, so I think there is real pressure to prove that they are viable and applicable to everyday life,” said Elizabeth Wells, who will become the new dean of arts for Mount Allison on July 1. “This [program] is a really good way to show that in a very real, tangible way.”

Wells, also a deacon at Sackville’s Anglican Church, organized a talk at Mt. A on May 4 that featured speakers from the Halifax Humanities program with Ranall Ingalls, the rector of Sackville’s Anglican Church. She said the goal of the talk was to gauge interest in and determine the logistics of implementing a program like Halifax Humanities in Sackville. She deemed the event a success due to the high turnout given the time of year.

Theoretically, Sackville has all the ingredients to make a program like Halifax Humanities work. As a small university town, Sackville has a glut of experts in the relevant cultural texts as well as residents who would benefit from such a program. In 2006, the census reported that 13.8 per cent of New Brunswickers live in poverty.

That is not to say that implementing the program will be an easy task. For a program that aims to be as accessible as possible, accessibility problems often arise. In the case of Halifax Humanities, Mary Lu Redden, the program’s director, handles most of these potential barriers.

“I do the fundraising. I order the books. I make the coffee. I get the bus tickets. I arrange the child care. I do all of that,” said Redden, who also participates in all the classes. “We have a lot of students with very complicated lives.”

However, Redden does not organize the curriculum of Halifax Humanities. That task falls to the volunteering university professors. Redden appoints professors as co-ordinators for each section of the course, which are typically divided by historical period. Co-ordinators are responsible for meeting with their colleagues and deciding who will handle each specific text.

“I’ve never had a text that I had to prepare from scratch,” said Eli Diamond, a professor in Dalhousie’s classics and philosophy departments. Diamond has been teaching a few classes per year for Halifax Humanities since he began at Dalhousie in 2008. “It is nothing like preparing for one of your own classes or a conference in terms of workload. It is really very reasonable.”

Diamond said that the collaborative effort required by the program has brought his department closer together, while the lack of marking allows for more open discussions in class. It gives professors the opportunity to bridge the gap between school and community that often emerges in university towns.

“It is an incredible amount of fun to go into the classroom. It is so lively. It is really wonderful to be talking about these texts with people who have very different [backgrounds] than my own and different [backgrounds] from your typical 18-year-old university student,” said Diamond. “It’s one of my favourite teaching responsibilities.”

Not offering credit is not necessarily a bad thing for students either. “It does change the demographics of who we attract. For instance, we have a larger proportion of people in our program who are on long-term disability because of a mental or physical health condition, whereas in the United States, because the programs are for credit, they tend not to attract that population,” said Redden.

The fact that it is not for credit has not stopped graduates of the program from pursuing further post-secondary education. Of the course’s 120 graduates, one third have gone on to pursue credited studies or rejoined the workforce.

“Getting people together to engage with really good writing is powerful regardless of whether it is being done for a credit or not for a credit,” said Redden. “I think there is a hunger to learn amongst people, and to feed that need is remarkably important.”

If a program were to start up in Sackville, it is unlikely that it would initially run the full length of Halifax Humanities’ eight-month-long program.

“We can start with a six-week or an eight-week program on maybe one or two courses and gradually build up to something bigger over time,” said Wells. Although the administration has no plans as of yet to start a program, Wells said, “There is probably a will and an interest in running something on a small scale to start with.”