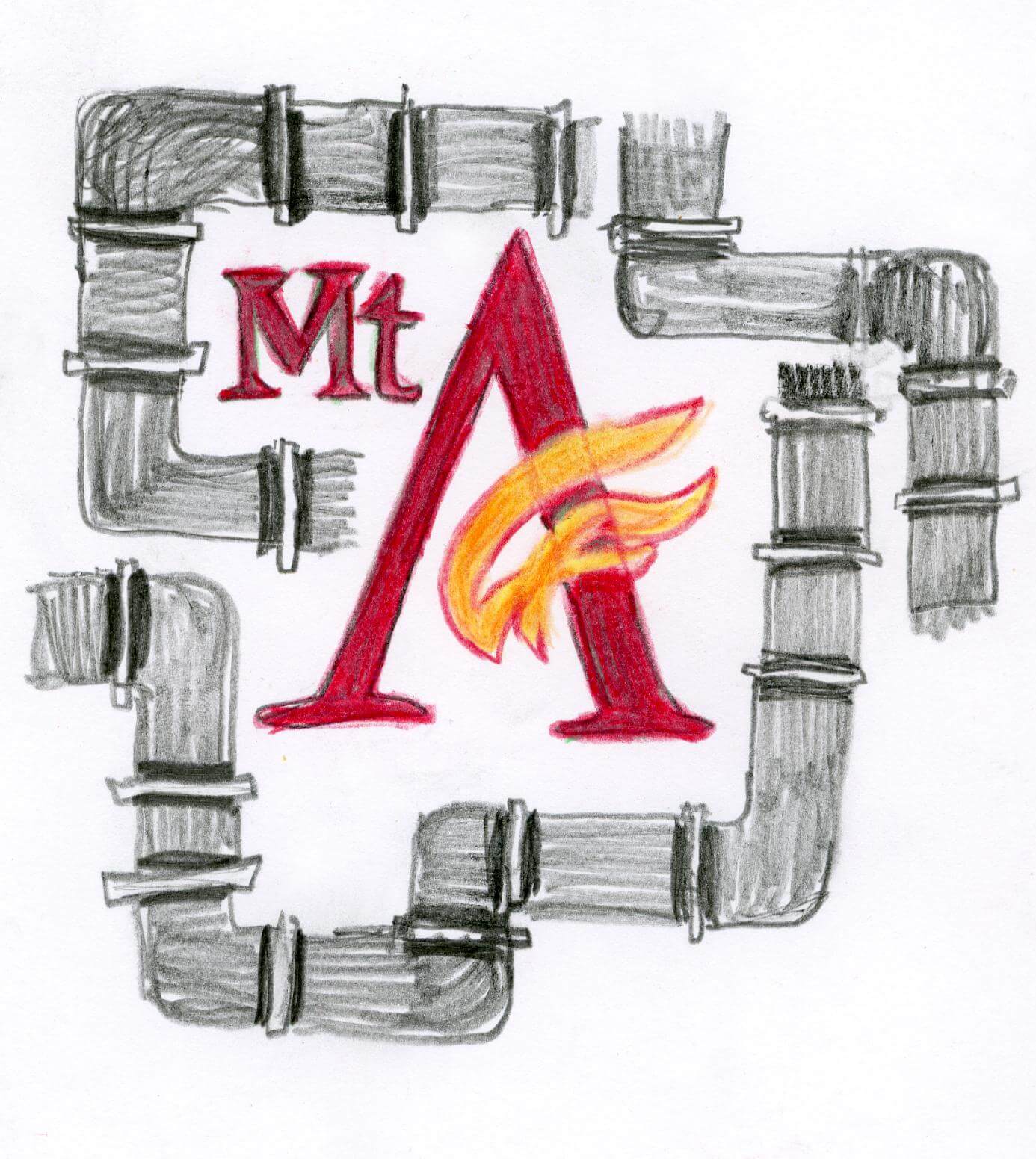 According to Mount Allison’s 2018 Endowment Funds Holdings disclosure, Mt. A has a total of $677,276 invested in TC Energy Corporation (formerly known TransCanada Corporation). TC Energy is the owner of the Coastal GasLink pipeline, the construction of which has led to the illegal invasion of sovereign Wet’suwet’en territory on the West Coast.

Mt. A’s website states that “[The University] uses investment managers to invest in pooled funds which in turn invest the University’s funds, along with many other investors’ funds, in individual stocks and bonds or other pooled funds.”

“We own the funds, the funds own the companies,” said Robert Inglis, the Mt. A vice-president of finance and administration. “The report shows the underlying equity investments of the various funds that we own.” According to Inglis, Mt. A owns nine funds.

When asked if Mt. A is profiting off of the invasion of Wet’suwet’en, Inglis said, “We invest our endowments to try to make a seven per cent rate of return on our total endowment fund. So how one describes that, I’ll leave it to you, but that’s our long-term goal.”

Rowan White is a first-year music student and Indigenous land defender who has been involved in solidarity work with the Wet’suwet’en Nation. They are also an organizer with Divest MTA. White spoke to the Argosy about Mt. A’s relationship with TC Energy. “It’s really disheartening… According to [the University] we are very committed to reconciliation and all kinds of inclusive measures within the school – but the action of investing in the direct opposition to Indigenous sovereignty nullifies all of those claims,” they said. “If Mount Allison wants to be taken seriously as a pro-Indigenous institution, it can’t at the same time be investing in oil and gas.”

White spoke about the ethics of profiting off of the fossil fuel industry. “Trying to develop infrastructure in an industry that is failing is not only fiscally irresponsible, but there’s no price we can put on having clean and safe land,” they said. “We boast having lovely scenery and wildlife, but we’re in a mass extinction, so there’s no way of reconciling those two things.”

White also spoke about how TC Energy and the Canadian government are exploiting First Nations. “When Canada has forced these nations into financial instability, into poverty, into ultimately disadvantaged circumstances in a modern country, there is no other way to escape [those circumstances] other than playing along with where the money is,” said White. “Currently the government controls all the funds that could alleviate the problems of the nations, so it’s a debate between the money people need to develop infrastructure within those nations and the rights of those nations. It’s sacrificing one or the other no matter which decision is made.”

In response to allegations that Mt. A’s endowment funds are invested unethically, Inglis spoke about the integration of environmental, social and governance (ESG) factors in Mt. A’s investment policies. “We invest in managers, so the choice of what companies the managers invest in is up to them,” he said. “We assume when we do our reviews that the manager investing in companies follows good practice, whether it’s environmental, social, governance or legal.”

When asked if he believes that Mt. A’s investment manager is making an environmentally and socially just decision by investing in TC Energy, Inglis replied, “I’m assuming our policy requires them to consider ESG factors, so I’m assuming they are doing that. We check up every year or so on that, and we’ll certainly do that next time we check up.”

Dr. Krista Johnston, a Canadian studies and WGST professor who researches settler-colonialism in Canada, spoke about Mt. A’s financial involvement with TC Energy. “In the moment when Wet’suwet’en Hereditary Chiefs said that they had reached an agreement with provincial and federal governments on governance issues, almost immediately Coastal GasLink sends out a press release saying, ‘We’re going ahead as planned.’ It’s clear to me that their governance is not one that recognizes Indigenous law or that recognizes Indigenous sovereignty,” she said.

“That may not be one of the criteria that’s used to determine an ESG qualification, but to me that’s a crucial criterion of governance,” said Johnston. “I think these kinds of metrics are often greenwashed, and they often paper over other relationships of inequity. So we need to look really carefully at whether those standards are being used to determine good investments that are ethical investments, and are actually paying attention to all the things that we’re concerned with … or whether they’re papering over some of the problematic aspects of their investing practices. And it seems like that’s the case here.”

When asked what actions Mt. A should be taking in regards to the invasion of the Wet’suwet’en nation, White said “[Mt. A should start by] specifically taking their money out of those companies and moving towards an entirely fossil-free investment plan. [Mt. A should] also come out with statements both in support of the Indigenous students acting on behalf of Wet’suwet’en and also a statement for Indigenous sovereignty directed at the Hereditary Chiefs [of Wet’suwet’en].”