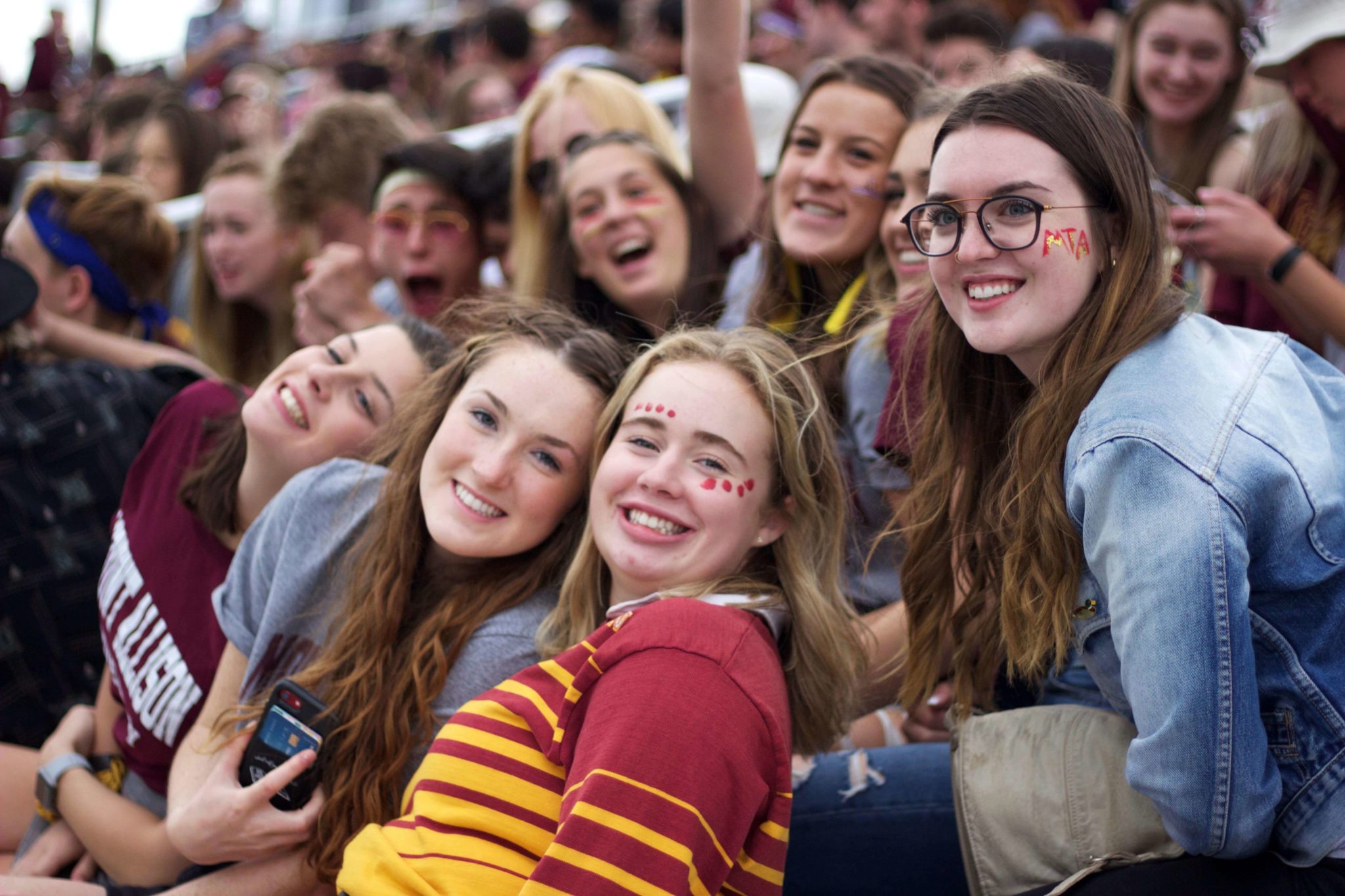 Football team successful against St.FX in first home game of the season

Mount Allison got its first win of the football season at last weekend’s exciting Homecoming game against St. Francis Xavier. At the homecoming brunch, Mt. A president Jean-Paul Boudreau expressed his thanks to the “outstanding commitment to our student athletes, parents, alumni and friends.”

The football game opened with a land acknowledgment ceremony and song, followed by the national anthem. This was the second home game this year for the Mounties, who have been travelling for the past two weeks.

“The energy was electric during the game,” said Ben Campbell, first-year political science major and defensive halfback. “Running out and listening to the crowd cheer as the flag is planted onto the field is a really incredible feeling.”

The first quarter saw a 32-yard kick by James Parker, second-year psychology major and kicker, giving the Mounties a 3-0 lead over St. FX. Following this, Lucas Cormier, first-year defensive back, caught an interception followed by another field goal by Parker, allowing Mt. A to finish the opening quarter with a 6-0 lead.

St. FX fought back in the second quarter, gaining two points from a conceded safety after a third field goal from Parker, beginning the quarter at 9-2 for the Mounties. A rare opportunity appeared as Daniel Bell (first-year defensive back), Jake Spence (fourth-year defensive back) and Cormier each received interceptions in the quarter, giving the Mounties four total in the first half of the game. Jack Estabrooks, second-year linebacker, ended the first half of the game with a touchdown, giving Mt. A a 16-2 lead over St. FX.

The second half of the game saw a touchdown by Robbie Walker, third-year psychology major and receiver, upping the score 23-2 for Mt. A. St. FX earned two more points as they gained a safety early in the fourth quarter. With nine minutes left of playing time, St. FX scored a touchdown, bringing their score up to 11 points against Mt. A’s 23. Damian Halstead, sixth-year sociology major and linebacker, scored the final touchdown for the Mounties. This was followed by Parker contributing to a final total of five field goals for the Mounties.

The game ended with a score of 36-11. Estabrooks was given the Subway Player of the Game award.

“It was cold and windy, but worth the chill,” said Katharine Champaigne, an out-of-town fan visiting from Sudbury, Ont. “I went to high school with a few people playing on the team, and it was great seeing them on a new level, with an awesome team.” Later on Campbell added, “Celebrating with team alumni after the game around Sackville was a great experience. Games like this make me look forward to the upcoming years I have with the team.”

The Mounties’ next game will be Oct. 4 at Saint Mary’s. The next home game will be on Oct. 19 against Bishop’s University.