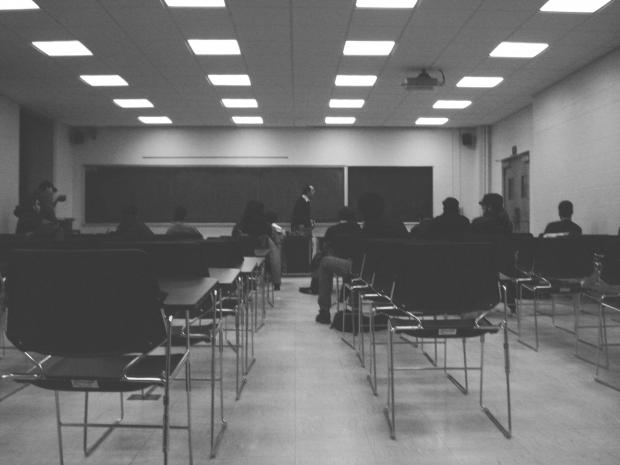 FREDERICTON (CUP) — It will soon become easier for post-secondary students to transfer their hard-earned credits between institutions across Canada.

On Oct. 27, articulations and transfer councils from Alberta, British Columbia, Ontario and New Brunswick signed an agreement to pledge to facilitate and expand credit transfers between their post-secondary institutions.

“The whole intent [of the agreement] is to make it easier. [Credit transfer between provinces and institutions] could be done, but not in a common practice. It was just a one-on-one, if it happened good for you type thing,” said Phil Belanger, executive director of the New Brunswick Council on Articulations and Transfer.

“But what we want to see is more common practice and use it as much as possible, find ways to facilitate it for the institutions that have to do the work.”

The New Brunswick Council of Articulations and Transfer was created in 2008 to develop a method to improve credit transfer between post-secondary institutions within the province. The new agreement will build off this by opening it up to the inter-provincial level.

“You can transfer credits from here in the province to that province without having to start from scratch again. Then if you decide to come back, the same thing applies because we’ve had agreements with other provinces that whatever’s recognized from one province will be recognized in the other,” Belanger said.

At the moment the agreement exists only between Alberta, British Columbia, Ontario and New Brunswick but Belanger said he predicts that other provinces will join on in the future, even moving to an international scale.

“It’s all part of creating a model for a more pan-Canadian mobility in the long run … we’ll create a model and then as other provinces want to join we’ll be more than happy to welcome them,” said Belanger.

The New Brunswick Student Alliance (NBSA) was also involved in the process. Ultimately, the agreement will be cost-effective for students, who won’t have to repeat courses when attending a new post-secondary institution.

“We see it as a positive movement for student mobility or accessibility to post-secondary education whether it be in university or college,” said Pat Joyce, executive director of the NBSA.

“One of the challenges to students when it comes to any desire to transfer credits is that the process is often long, arduous and quite complicated and there are also financial penalties. Students who apply to have credits recognized at another institution have to pay a fee to go through that and they ultimately find that those credits aren’t recognized.”

The new agreement will change this.

“It’s going to make it so much easier for the students so that they won’t have to repeat courses,” Belanger said.

Joyce said that, in the future, the NBSA hope the agreement will encourage more collaboration between the Maritime provinces.