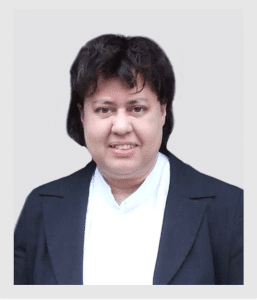 The NDP has been a part of Professor Evelyne Godfrey’s life since she was a child. Her father was involved in the party, and she remembers being five years old during the 1974 election with NDP stickers on her notebook.

Godfrey became a Professor in the United States and eventually came to Sackville and taught at Mt. A. Godfrey began by teaching archeology and anthropology, and now is teaching as an interim professor at Mt. A.

Godfrey officially joined the NDP in 2018 and ran in that year’s New Brunswick Provincial election in Fredericton. Continuing her work in the NDP, she ran as the candidate for the Beauséjour riding in the recent federal election. Godfrey is in the position of having both a career in politics and another in research and education. As a professor, working with Canada’s youngest voters has influenced her career in politics in a big way.

“When you’re standing in an election it’s always really useful to talk to as many people as possible and get as many views as possible. And so I find it really helpful to hear from the students what they’re concerned about, and what they’re thinking about all the different issues,” Godfrey says. Being a professor at Mt. A has allowed for her to gain a greater understanding of the demographic, one that she encourages to get involved as much as possible. She claims that young people don’t participate in politics to the degree that they should, allowing retirees to make most of the political decisions.

Godfrey attributes her public speaking skills to her time as a professor. These skills have translated to her job as a politician. She says that when she first started teaching as a PhD student, she was so nervous that she could not remember what she said. But now, after years of teaching, she can speak without notes and answer questions with ease.

Being a professor has also influenced Godfrey’s standpoint on key political issues. During a recent debate at Sackville’s town hall, the question of what to do about student loan debt arose. The other candidates focused on forgiving student loan debt, but Godfrey’s close relationship with students and the university system allowed her to see a different perspective. She noted in debate that university has become expensive beyond reason. She said, “I don’t think a lot of the other candidates were conscious of that. They just thought if you could have some help paying off your student loan, then that would be okay, but I was thinking, and I said that at the time, that you shouldn’t be getting into that much debt in the first place. It’s just too expensive now.”

Godfrey also had concerns about how this last election was run, particularly regarding the student vote. When asked about the elimination of on-campus voting, Godfrey said, “I was very disappointed in that. When they should be encouraging students to vote, because that is a demographic group that typically doesn’t, they actually made it more difficult.”

She also noted that this was the shortest campaign she had ever been involved in and said that the Liberal candidate was the only one truly prepared for the election. She said the NDP did not have time to interact with the Sackville and University community the way they wanted to, not even having the time to send out a pamphlet.

Professor Evelyne Godfrey is a woman involved in the community, and one who cares deeply about the students she teaches. Her time as a professor has taught her valuable skills and insight that she carries into her political work and efforts.