One hundred years after Grace Lockhart 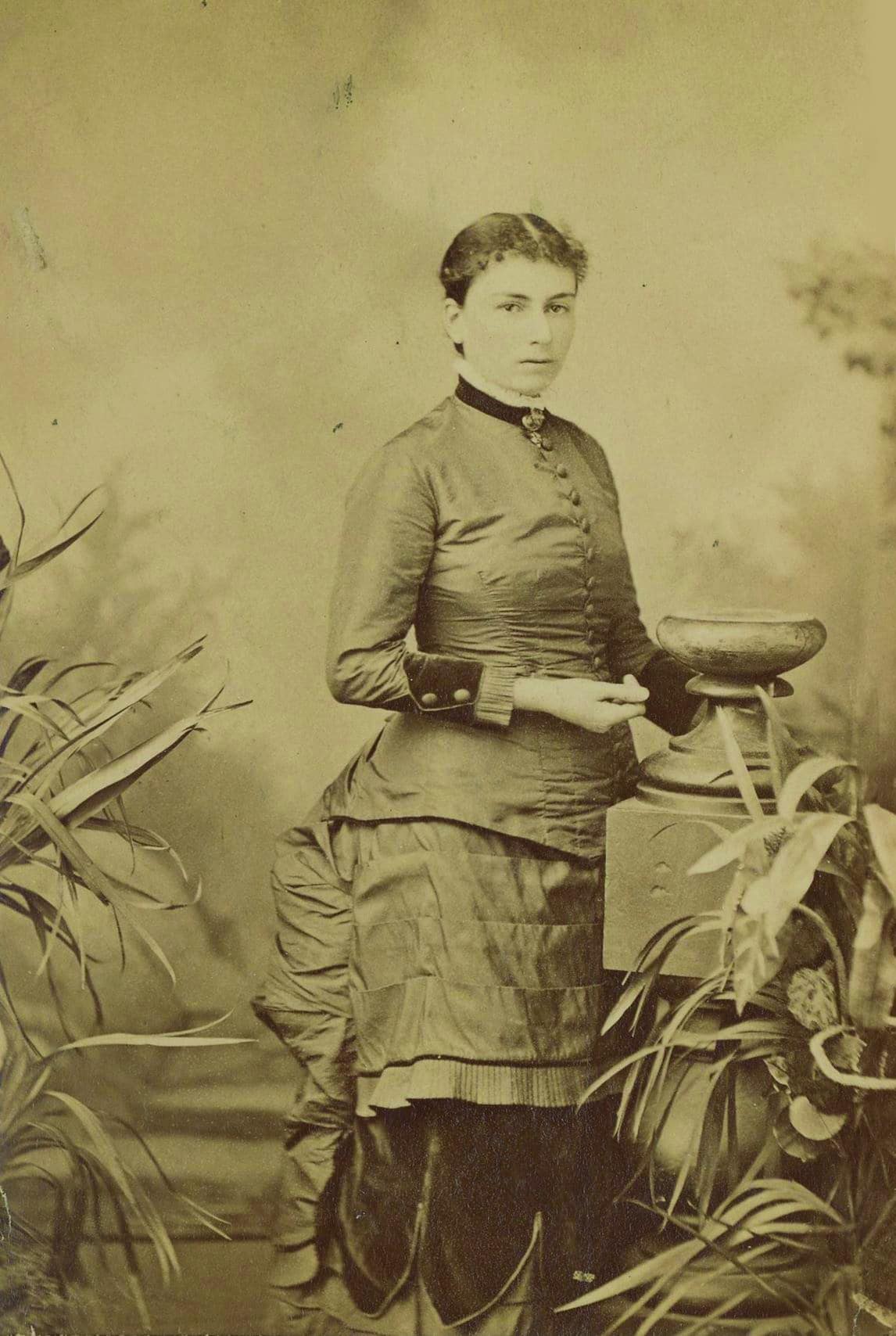 May 18 will mark the 100th anniversary of the death of Grace Annie Lockhart, one of Mount Allison’s most illustrious graduates. In 1875, Lockhart entered into the annals of history, becoming the first woman in the British Commonwealth to be granted a “bachelor’s” degree. Documents and photographs recently donated to Mt. A’s archives by her grandson’s widow, Nita Dawson, provide new insight into her life story.

The youngest of four daughters, Lockhart was born on February 22, 1855 to Edward Elias Lockhart and Susan C. Whittekir. Lockhart’s early life was challenging: her mother died when she was nine months old, so she was raised by her older sisters and their housekeeper, Rosanna Wilson, who died when Lockhart was eight. Three years later, Lockhart’s eldest sister left for the Mount Allison Ladies’ College, and her two other sisters followed in 1868. None of them, however, stayed for more than a year.

Lockhart entered the Mount Allison Ladies’ College in 1871. An incredibly studious individual, she completed a Mistress of Liberal Arts degree in 1874 and a bachelor of science the following year.

A tintype received in the recent donation depicts her with eight classmates on the occasion of her graduation in 1872. Notably, she is the only one in the group not wearing a gown or holding a mortarboard. Perhaps most interesting is that she is sitting next to her future husband, John Leard Dawson – the man with mutton chops.

Dawson was born in 1851 in Tryon, Prince Edward Island. He completed his BA after studying at both Mount Allison University and the Boston Theological Seminary. Later on, Dawson became a probationer in the Methodist Church, serving in Nova Scotia and Bermuda before his ordination with the Church in 1881. That same year, he and Lockhart married in Saint John, New Brunswick. Subsequently, the couple moved regularly throughout the Atlantic provinces in order to follow the three-year circuits of the Methodist denomination.

Dawson and Lockhart had three sons, all of whom attended Mount Allison. The oldest and youngest became engineers, while the middle son, Wilfred Thomas Dawson, distinguished himself as the university’s ninth Rhodes Scholar. Wilfred went on to become a professor of pharmacology in the United States.

Despite being somewhat confined as a minister’s wife, Lockhart was an activist. In a recently donated photograph of her with a white ribbon pinned to her dress, we see that she was both a member of the Women’s Christian Temperance Union and a strong advocate for social reform.

Lockhart died 100 years ago in Charlottetown at the age of 61. I suspect that her early death might have been caused by the stress of looking after Dawson, who died two years later from what his death certificate deemed “premature senility.” Both Lockhart and her husband are buried in the People’s Cemetery in Tryon, Prince Edward Island.

Discussing her grandmother’s achievements, Lockhart’s granddaughter recently said in an article published in the Mount Allison Record, “We knew about [our grandmother’s accomplishment] certainly, but I can’t ever recall it being considered a big fuss […] it was just something that happened and was fantastic. I don’t think my grandmother ever made a big deal of it either.”

Lockhart remained humble despite her many accomplishments, and Mount Allison should continue to honour her legacy.