Reading week approved for the next fall term 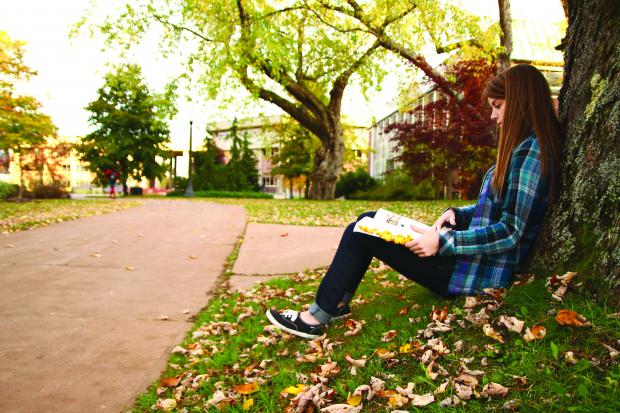 Senate made history in December by enacting a fall study break for the first time in Mount Allison history. Students will have a week-long break from class in November.

When the motion passed, it ended an almost two-year process. Since Feb. of 2013, an ad hoc committee had been researching the possibility of and reasons for implementing a fall break.

In the 36 hours before the meeting, the six students’ union senators, president, and vice-president academic, spoke to almost every faculty member on senate, lobbying for the break.

“We were able to, based on what people were saying, adapt the proposal,” said Steven Black, a social science senator.

The idea of a fall break appealed to students for various reasons, including its intended effect: to give them time for school work. Second year biochemistry major Jessica Grant said she was in favour of a fall study break.

“It’s kind of nice to have a break,” Grant said. “Things get pretty stressful. I wouldn’t mind having a week with no classes to just get everything I need done.”

Grant was not alone.

Of the 1,095 people who responded to a survey, 85 percent of respondents favoured a fall break. The survey, put forth by the ad hoc committee and promoted by MASU senators, also revealed that support for the fall study break was stronger among students than among faculty and librarians.

Student committee members were adamant that one potential benefit of a fall study break is mental health of students.

Speaking outside her capacity as the committee chair, Karen Grant, the university’s provost and vice-president academic, questioned the benefits of a fall break due to a lack of literature on the topic.

“I looked to see if there was any literature that was clear on the relationship between break and mental health,” Grant said. “I think that people think that there is a relationship, but it’s not clear and it hasn’t been documented.”

Robert Campbell created the committee after Canadian studies honours student Stephanie Davis presented a research project on the benefits of a fall break.

The committee looked at fall reading break models at other Canadian universities, and researched their effects on students and pedagogy.

The committee considered various alternatives to a full-week study break, including a hybrid model that extended holidays to long weekends, Black told The Argosy.

The committee placed the break around the end of the term, near Remembrance Day, to provide a pause before exam period.

Student senators proposed a three-year trial period as a measure of precaution.

“In our discussions with faculty and other senators, a lot of them felt more comfortable with a trial period,” said Riley Thompson.

Grant also questioned the effectiveness of a trial period. She said tracking any sort of improvement requires comparative data from fall semesters prior to those with study breaks.

Despite the uncertain effects and future of the fall break, many students and faculty are optimistic and relieved, including Davis.

“I will never in my time at Mount Allison see a fall reading break, [but] I think that just knowing that it will benefit students in the future is really great,” said Davis. “If you want something bad enough around here, you can stick it through and make it happen.”