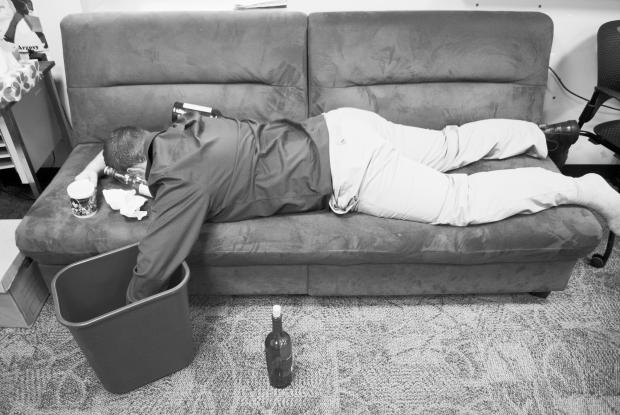 California Governor Jerry Brown has recently signed a law that requires social media sites to allow minors the option of removing any of their posts that they later come to regret. Facebook, Twitter, and all the rest will now be legally mandated to provide options for permanent post deletion—at least to California citizens under eighteen.

Perhaps it is just me, but it seems almost fitting that a story like this comes out around the same time as Harper Havoc, the first big residence party of the year here at Mount Allison.

Thanks to the latest scandal surrounding NSA surveillance programs, paranoia about the things we post online coming back to haunt us has reached a fever pitch. People are starting to realize that when you put something on the internet, you can’t know for sure who is going to see it.

Of particular concern to the California government, however, are future employers and personal connections. The rationale behind the law is that teens that make mistakes—and, for whatever adolescent reason, post pictures or descriptions of said mistakes on social networking sites—should not have to spend their lives with the stigma of these mistakes staining their reputation.

Ignoring the fact that most major social networks already allow any of their users to delete anything they have posted, this new law almost seems as though it is trying to remove the consequences for what kids and teenagers post online. If we show these teenagers that they can repeatedly make mistakes like this and then just delete them at the click of a mouse, it will teach them that nobody ever has to know if they step out of line.

Unfortunately, mistakes can sometimes have serious repercussions, and we do not have a universal ‘undo’ button. We can’t just edit our lives and forget everything we’ve done wrong.

And this is all to say nothing of the potential legal ramifications: consider the vast increasing concerns over cyberbullying and the rising number of charges laid for harassment on the Internet. An angry, bullying post is certainly a mistake that an adolescent poster could regret, and the potential resulting criminal record is certainly a stigma that could hinder his or her future. Under this California law, should we be trying to exempt bullies from these damaging consequences?

Of course, this argument could easily be criticized as obeying the letter of the law and not the spirit, but it demonstrates how we as a society are still trying to decide how we view the Internet. Namely, do online interactions follow the same rules as in real life, and should they carry the same penalties?

For example, earlier this year it was revealed that one Justin Carter, a nineteen year old living in Texas, has been imprisoned for months due to a sarcastic comment on Facebook. When another commenter called him “crazy” for his opinion on a video game, Carter responded by agreeing that he was “messed up in the head” and “going to go shoot up a school.”

Tasteless as it may have been, Carter’s very next comment explained that he was only joking. Regardless, someone reported the comments to the authorities and he could be facing up to eight years in jail for “making terroristic threats.”

So, with this in mind, it seems clear that both legislators and society as a whole need to seriously reconsider how the Internet is viewed and the interactions that take place there. We cannot simultaneously give teenagers carte blanche for their online behaviour and send one of them to jail for a sarcastic Facebook comment.

The Internet is still somewhat of a new frontier, at least from a legal point of view. Governments all across the world are trying to establish boundaries for what is and is not acceptable online behaviour. As these examples demonstrate, there is definitely a long way to go.