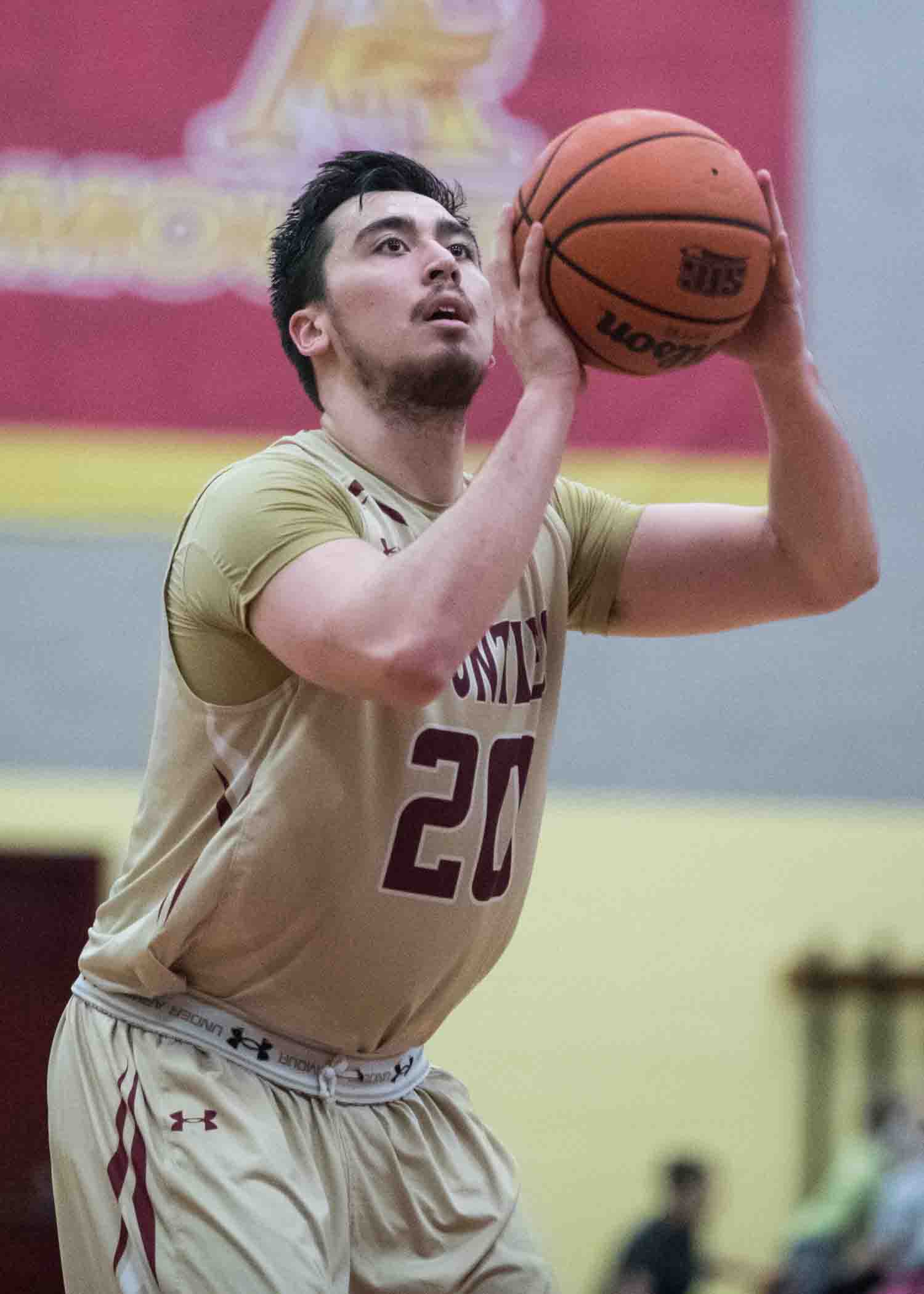 Mountie’s co-captain is a fourth-year forward

Over the course of the past four years, the basketball culture at Mount Allison has changed drastically from being a middle-of-the-pack conference team to a contender. As a co-captain and a senior, Kellan Duke has been part of the journey from where the Mounties were to where they are now.

Born in Ladner, B.C., and later moving to Cole Harbor, N.S., Duke started his athletic career at a very young age. Since the age of six, he has been a dual-sport athlete, competing in both basketball and swimming.

Eventually, when he entered Auburn Drive High School, basketball took priority. “Both my older brothers played basketball at the university level,” said Duke. “It was always a big part of my childhood, and a dream to continue the tradition.”

During his time in high school, Duke had a decorated career, contributing to two provincial championships. This feat was recognized by previous Mountie’s head coach Duane Starratt, who recruited Duke to play for Mt. A. Duke accepted his offer because, in addition to having an opportunity to play on the basketball team, the strong academic reputation of the University appealed to him. 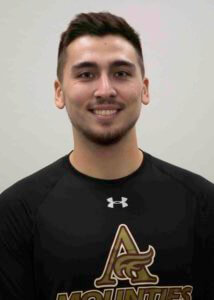 During Duke’s first season, there was a large incoming class of rookies, accounting for about half the team. This contributed to making the team more competitive both internally and externally. “This was a step in the right direction. I particularly remember during my first season, we played against Crandall, which was a top team, and won. The veterans were ecstatic, we became a competitive team,” said Duke.

Last season, there was a change in head coaches with Steve Chapman taking over. According to Duke, Chapman “came in and committed his whole time to us.” The new coach pushed the Mounties in his first season and they qualified to compete for nationals for the first time in years. Although they didn’t win games, they did contend, setting the expectations for this year.

This season, Duke is one of the co-captains on the team. Speaking to the new responsibility, he said “I didn’t think it’d be me. It’s an honor and I definitely aim to be both a ‘team first’ and ‘lead by example’ kind of guy.” Between Duke, Brad Sanford and Thomas LeGallais, there is a good balance between the upper- and lower-year players. “I may not be as vocal but I strive to provide a more composed attitude. I enjoy taking on a mentoring role with the younger players because sometimes you need to hear positive things versus being pushed as an athlete.”

As his last season comes to a close, Duke says that he “couldn’t be happier with how both I and the team progressed. I’ve made everlasting friends and can’t wait to see how we finish up this year, and to follow them beyond.”

The Mounties finished their season this past weekend at Dal AC, making an appearance in the semi-finals of the ACAA Championships.