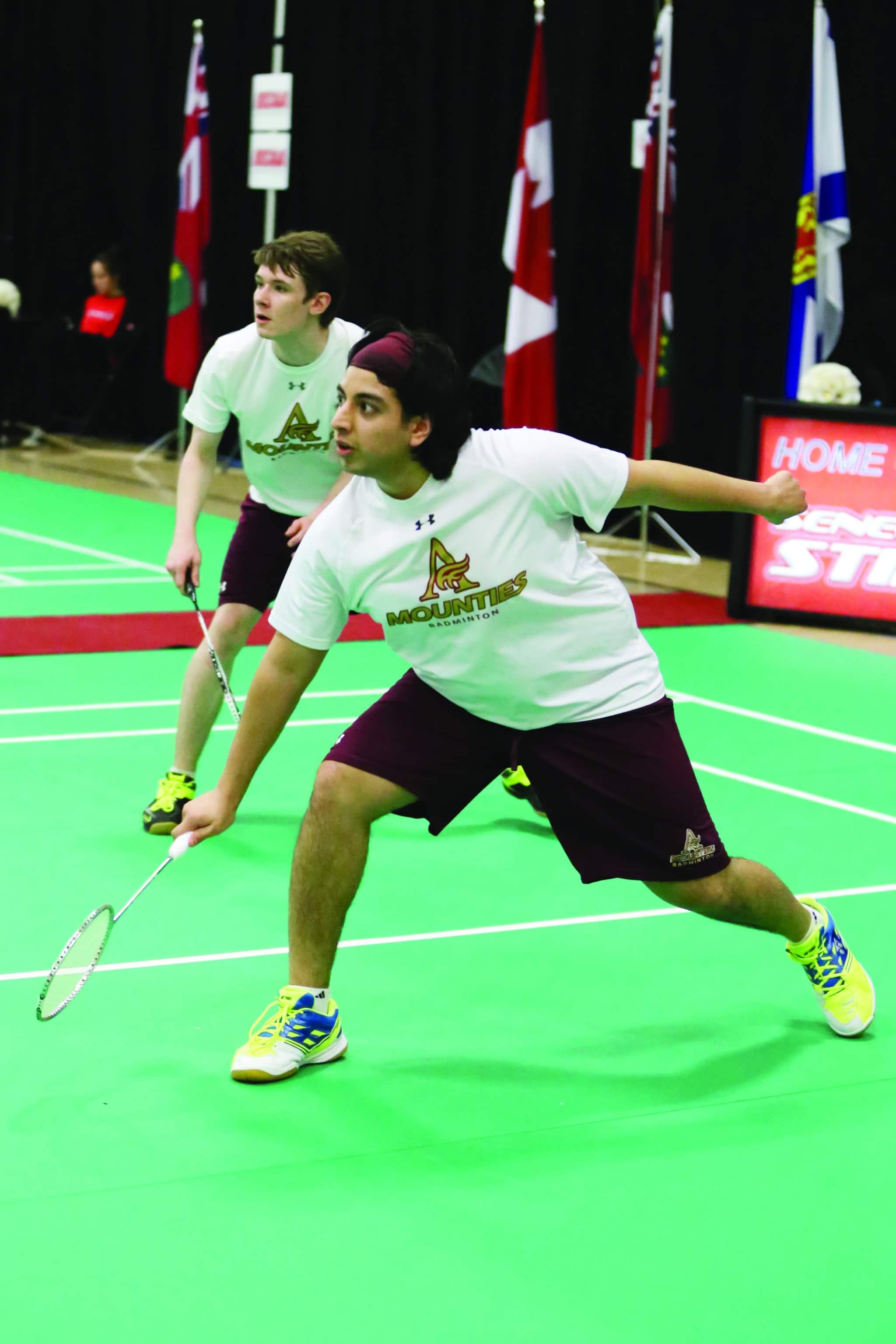 Mount Allison’s badminton team has dominated the Atlantic league (ACAA) for the past decade. This year was no different, as the Mounties won their ninth-straight championship heading into nationals.

This year, the Canadian league (CCAA) badminton nationals were hosted at Seneca College in Toronto from March 8-11. A total of nine schools were represented, and Mt. A’s team, ranked third in the country, was represented by four athletes in two of the five divisions.

The Mounties represented the ACAA with a high level of play, considering that the opposing teams are accustomed to higher competition levels in their respective leagues.

The ACAA is composed of only five schools, whereas all the other leagues have not only more teams to play against, but higher levels of performance.

‘The Atlantic team continues to gain respect as a fierce competitor within the national scene,” head coach Steve Scott said.

Jaryd Morrissey led the Mounties, representing the ACAA in mixed doubles with his partner Olivia Adams. Hamza Munawar and Riley Shewan represented the ACAA in the men’s doubles category.

To determine who would move on to the medal rounds, each player/pair played off in a round robin against the five other players/pairs being represented by each conference.

The Mounties struggled on opening day, with both pairs of Morrissey/Adams and Munawar/Shewan falling 0-3.

On the second day, the Mounties were hopeful for a win against Northern Alberta Institute of Technology (NAIT). Although conceding both games, they remained competitive. Morrissey/Adams fell to Nick Roque/Kai-Li Huang from NAIT with scores 18-21, 20-22. The Mounties battled the tournament favourite and eventual silver medalists to extra points, proving that the pair could compete against the best in the country.

The pair later fell to another NAIT team, represented by Jeffrey Ko/Rosanna Chan, 10-21, 17-21, putting them in the fifth-place match for the final day.

Munawar/Shewan pushed Alberta’s teams to their limits as well, giving both a run to remember. The pair fell 10-21, 21-23 to Imran Wadia/Andy Ko from NAIT and 11-21, 21-11, 13-21 to Braxton Wong/Luc-Ly Nguyen from Concordia University of Edmonton. Dropping the round robin matches, the pair found themselves in the fifth place.

The final day saw Morrissey/Adams battling Cameron Lai/Christina Duong from Humber College for fifth place and Munawar/Shewan getting another chance against Concordia’s Wong/Nguyen for fifth place.

Morrissey/Adams fell in the first set 5-21. After a rough start the pair looked to recover, being down only a few points at the halfway point of the second set at 8-11. They would go on to lose that set 16-21, falling to Humber College in straight sets.

Munawar/Shewan got off to a fast start, leading at the 11-point mark of the first set and not looking back, winning the game in straight sets. The pair won 21-14, 21-18 against Wong/Nguyen of Concordia University.

Overall, the competition was a success. “Badminton nationals were very exciting this year, even though [we] did not win … we still [had] very competitive matches,” Morrissey said.

“The competition was at such a high level, and our team and conference was able to gain a lot of experience,” Adams said.

Watching and competing against the best in college badminton brings national experience to a team that will have all of its players returning next year.

“The experience was positive and further developed our players such that we should be a strong contender for the ACAA championship for the 10th consecutive season,” Scott said.

The Mounties will look to not only compete, but also win games the following year at the national tournament.

Hamza Munawar competed in the CCAA men’s doubles category for the Mounties.