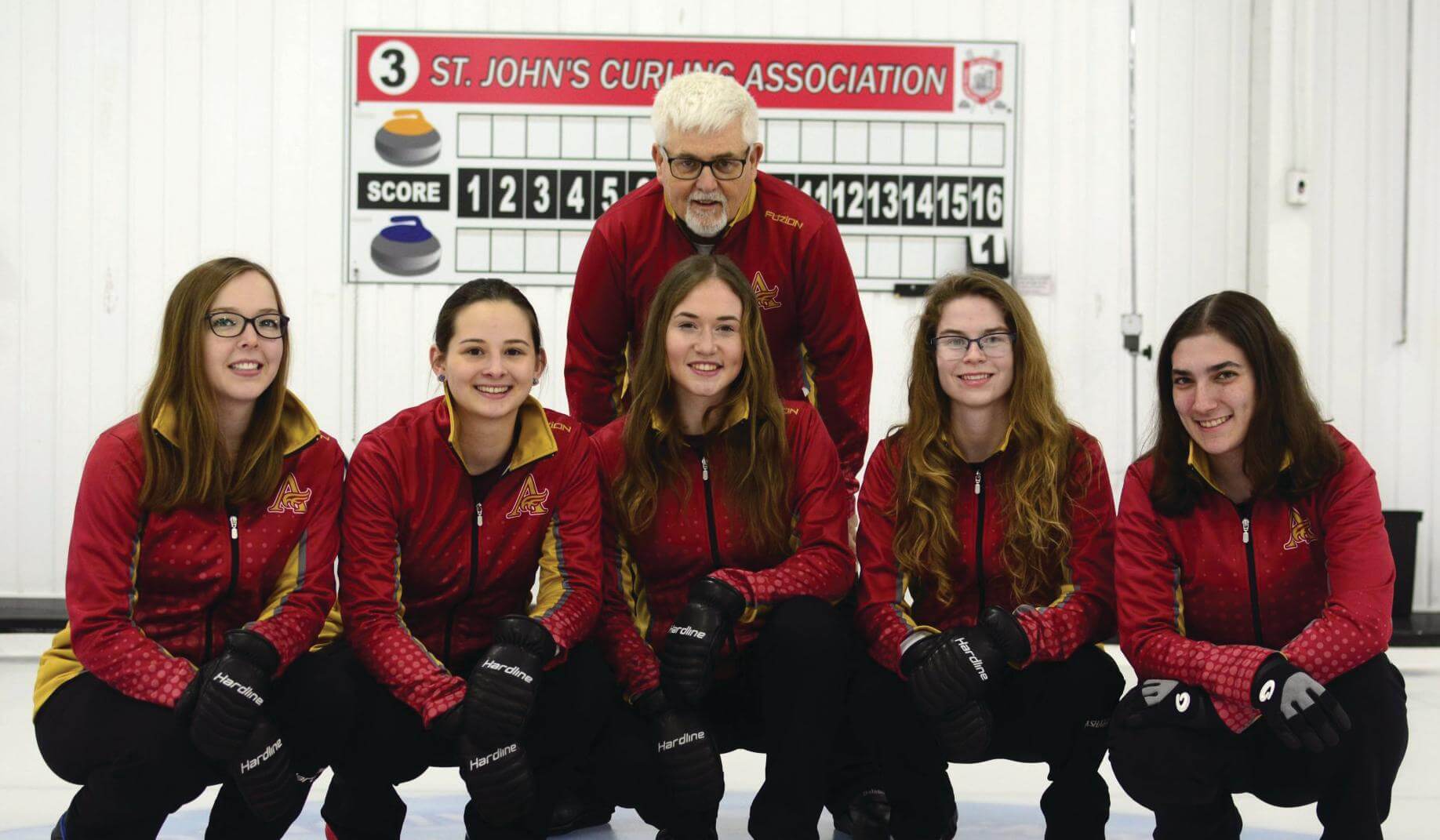 The Mount Allison women’s curling team participated at the U Sports-Curling Canada championships from March 15 to 19 in Fredericton, N.B. They competed against seven other teams and stand in sixth place out of a seven-game championship.

Jim Nix has been the curling team’s head coach for four years. This is his second year in a row making it to the championships with the team.

Despite an unconventional start to their season – where they were sitting at 1-3 after four games in a five-game round robin – the team was able to make it to the Atlantic University Sport (AUS) playoffs. During the playoffs, the team won the semifinal game leading them to finals, securing their spot at the U Sports championships. “They struggled for sure but were not deterred at all,” Nix said.

Nix discussed the challenges the team faces in making it to the events that they have to take part in throughout the year in order to make it to the championships. “[The competitions] require a great deal of time and commitment, so you can appreciate how difficult it is to do more [of them],” Nix said. “We are very lucky to have most of our team competing at several of these events.”

Nix mentioned that in addition to being strong and supportive of each other, the women’s curling team has other assets that have helped them in the championships. “[We] have a wealth of experience at many levels, in the case of Sam and Julia, which greatly helps when you are involved in tight games, as we expect all our games to be [during the championships,” Nix said.

Julia Hunter, a fourth-year commerce student, is playing her fourth year on the women’s curling team. She mentioned that in addition to the training done with the Mounties, some of the players trained together to get ready for the U Sports championships. “Molli, Sam and I curl together outside of the University, so getting to keep that lineup when we play for [Mt. A] makes us that much stronger,” Hunter said.

This season is Molli Ward’s first season curling with the Mounties. Ward, a second-year commerce student, also attributed some of the team’s solidity to training with the others members outside of Mt. A, as well as having returning members. “We’ve been pretty consistent throughout the season,” she said, “and three members of our team have been to nationals before.”

Before the championships, the team members who had previously attended nationals made sure to reflect on previous events in addition to their physical training. “To mentally prepare ourselves, we think back on last year’s national event, how the competition was, and think about what we should expect from the other teams,” Hunter said. “This gives us an idea of what we need to bring to the table when we start playing.”

“It is difficult to ensure wins on the ice, but we can guarantee that we play hard and do the best we can,” Nix said.