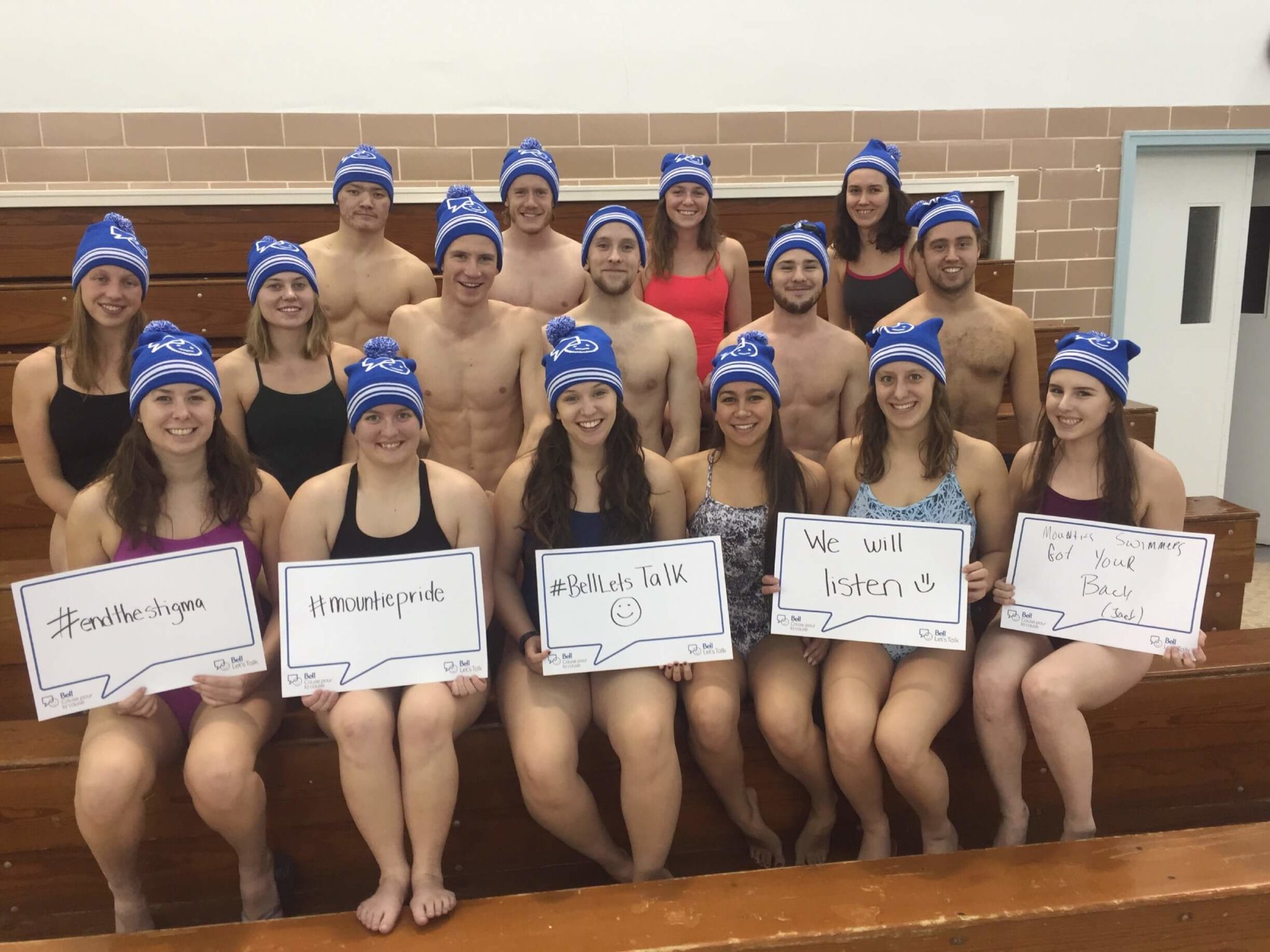 With ten medals, a record breaker, and two spots sealed at nationals, the swim team is looking forward to finishing off the season strong at the AUS Championships in February

On Jan. 20 and 21, the Mounties swim  team had its fourth meet of the season at Dalhousie. “I was very happy with the results this past weekend,” said head coach John Peters.

“We had a great meet in Halifax,” said fourth-year Geraint Berger, a veteran of the team. “Coming out of Christmas training we didn’t know what to expect, but we had a lot of the team pull some very impressive races with some of our best times.”

Peters elaborated further, saying,  “The tough training camp in Clermont, Florida, at the National Training Center is already paying off.”

That weekend, the Mounties swam to ten medals in Halifax. On the women’s half, second-year Maddy Henry won her first AUS race, capturing gold in the 200-metre backstroke. Henry also placed third in the 100-metre backstroke and earned Athlete of the Week for her performance. Other medal-winners include fourth-year veteran Olivia Feschuk who was awarded six medals.

Feschuk also broke a 30-year record in the 200-metre breaststroke. In 1988, Krista Burris set the record time of two minutes and 40 seconds. Burris was a Canada Summer Games medalist at the time, making this feat that much more impressive. Feschuk posted the new time of two minutes and 38 seconds. “It’s one thing to break the record, another thing to break it by two whole seconds,” said Peters.

The AUS championships is the final chance to post national qualifying times in order to make the event. The Mounties have already qualified Feschuk and Berger for the nationals in Toronto. “It’s a relief knowing I’m already qualified,” Berger said. “With it being my last year, I’m really looking forward to ending my career on a positive note.”

The team is hoping to qualify more of their athletes to compete at the U Sport championships, which are happening in Toronto from Feb. 22 to 24. The championships will be the team’s 25th appearance since Peters took over as head coach.