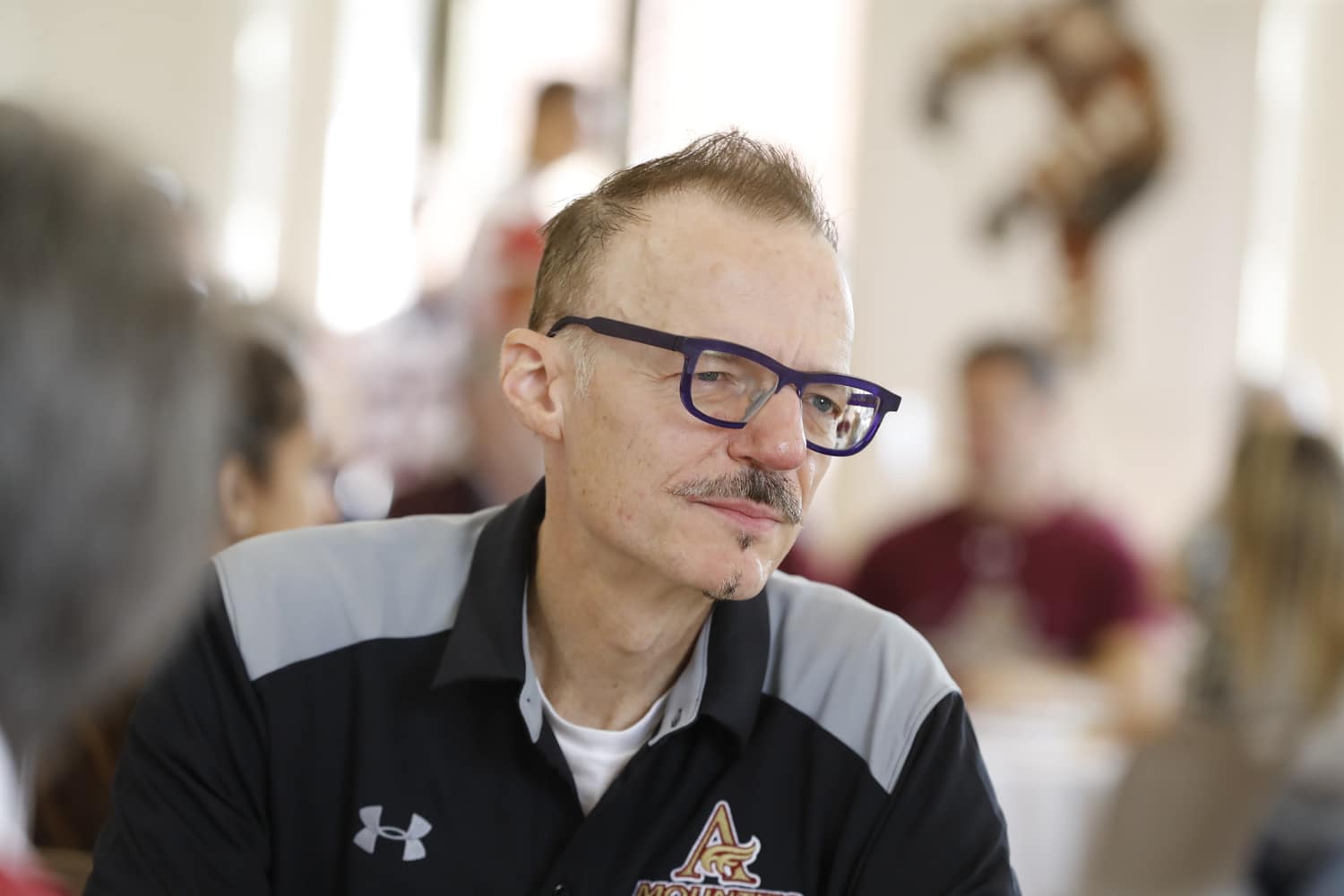 Dr. Jean-Paul Boudreau proves that his success in running is not limited to his recent installation as Mount Allison’s 15th president and vice-chancellor.

“I have a busy life, [in my] job as University president,” Boudreau said, “but running gives me a bridge between the physical life and work life balance.”

Boudreau’s running career began while working on his master’s thesis in child development at Laurentian University, a school of human kinetics. Boudreau’s master’s thesis advisor was a kinesiology professor and avid runner, exclusively holding meetings with students who would run with him. “To get meeting time with [my] advisor, you had to lace them up and hit the road,” Boudreau said.

“It was a great way to bring together running and academics,” Boudreau said. “A nice marriage of two important themes of my life.” 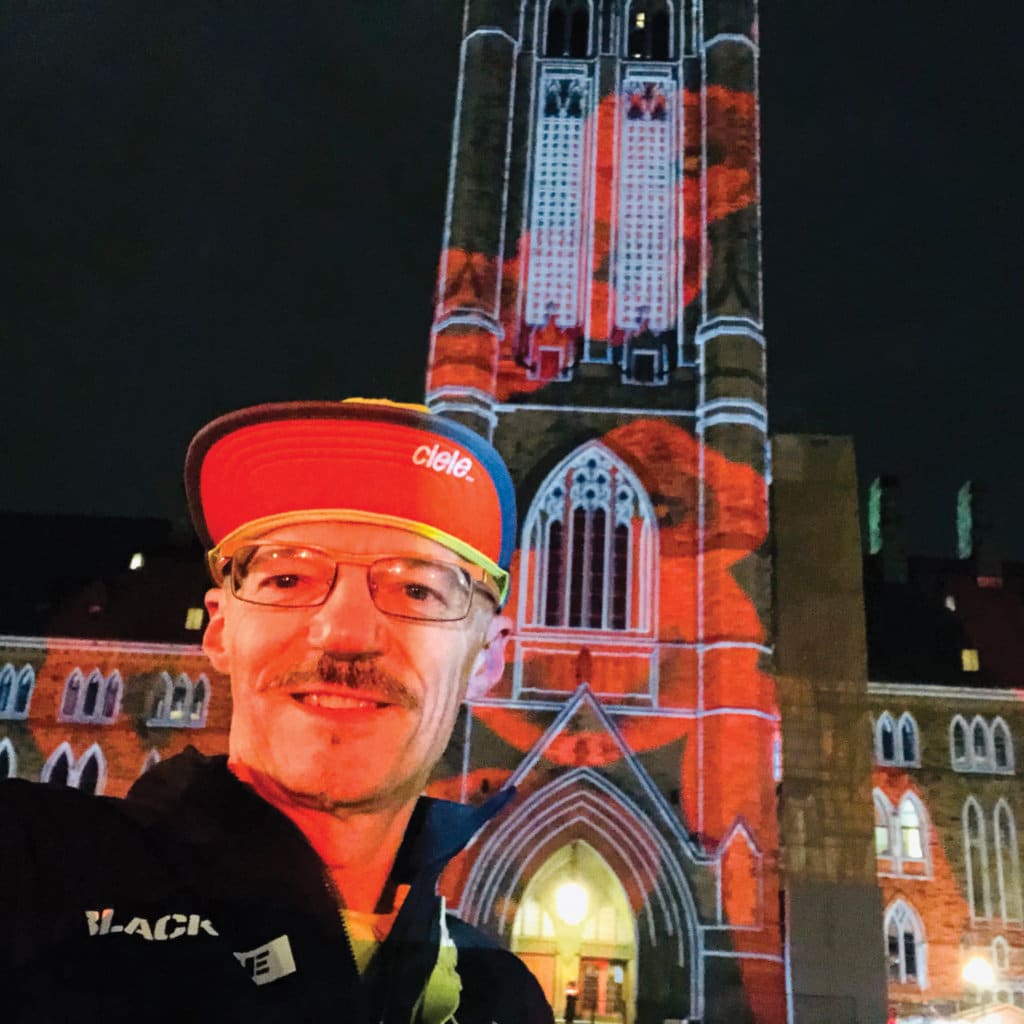 Following his graduation from Laurentian University in 2007, Boudreau enrolled at Tufts University in Boston, earning his PhD in experimental psychology. While studying at Tufts, Boudreau maintained his running regime and started training for his first marathon, becoming more engaged in the more serious, long-distance aspect of running.

After earning his PhD in Boston in 2009, Boudreau moved to Toronto, and  the intensity of his running schedule began to decline. To fuel his running career, Boudreau joined the Black Toe Running Club, which provided him with a new training schedule based on an assessment of his running at the time. “Joining Black Toe was important because it gave me a professional entry into running,” Boudreau said.

After moving to Sackville, Boudreau has continued to follow his Black Toe regime. “Running is helpful,” Boudreau said. “It provides for me today a lot of things which I think are really important, which is why I’m sticking to it.” 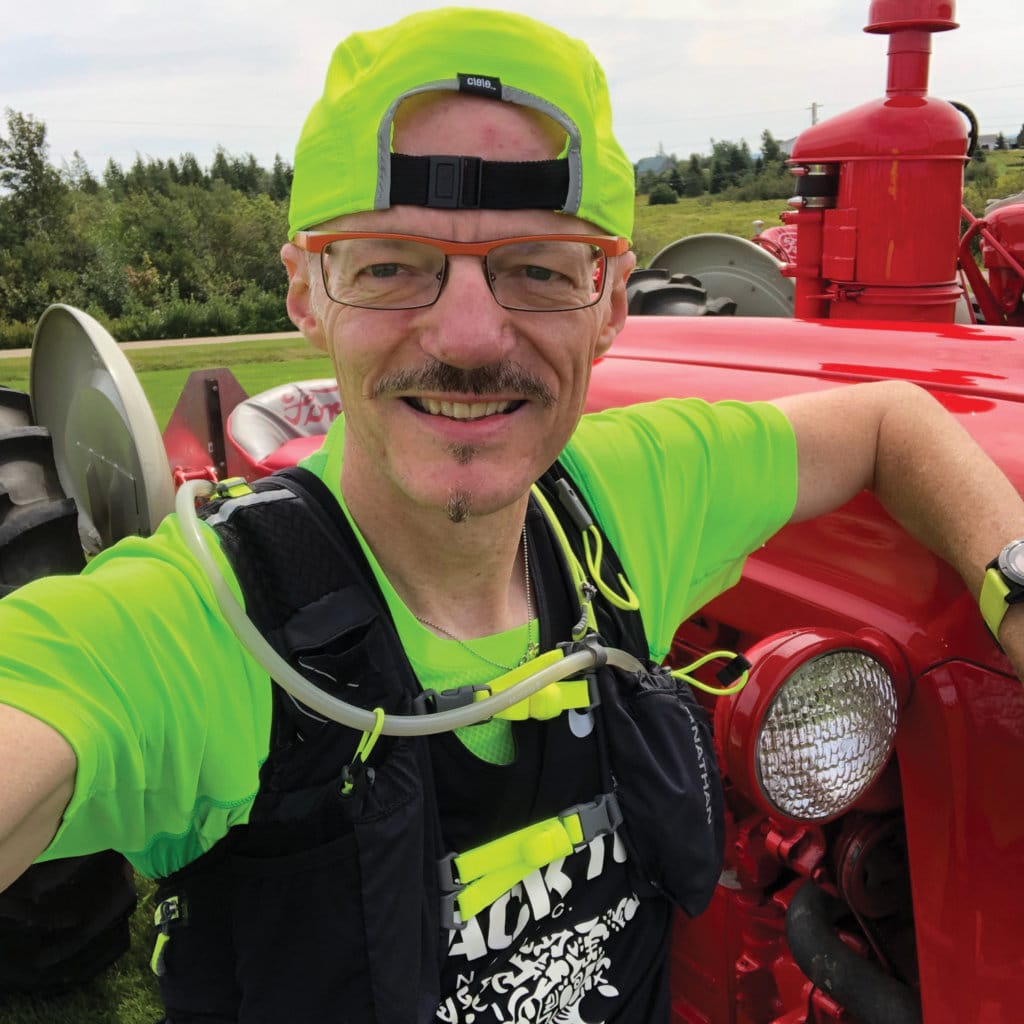 Boudreau says he uses his running time to reflect on complex problems, and incubate and test ideas. “[It’s] the idea of using running space as a mental cognitive exercise space,” Boudreau said. “The body is working, but the mind has time to work without interruptions.”

“While I’m out there, I’m running on ideas,” Boudreau said. “I’m doing work for Mount Allison.”

Boudreau plans his work schedule accordingly, to make time for his intense running regime. “Running is the key to balancing my workload,” Boudreau said.

Boudreau mentioned the relationship between having a healthy mind and maintaining good physical health. “Running is a core value of my university,” Boudreau said, quoting Mt. A’s marquee at the Athletic Centre: “Healthy mind, healthy body.”

Boudreau monitors his physical health with the use of technology, sharing his data and statistics on Strava, a running app. The data analytics from the measurements on his watch help keep him engaged in running. “Technology keeps me motivated,” Boudreau said.

Boudreau frequently measures his VO2 max, which represents his maximum rate of oxygen consumption during incremental exercise. He currently has a VO2 max of 57, and is in the top one per cent for his fitness age taking into account his weight, running time, heart rate and VO2 max. Boudreau said that getting that data is “pretty exhilarating.” 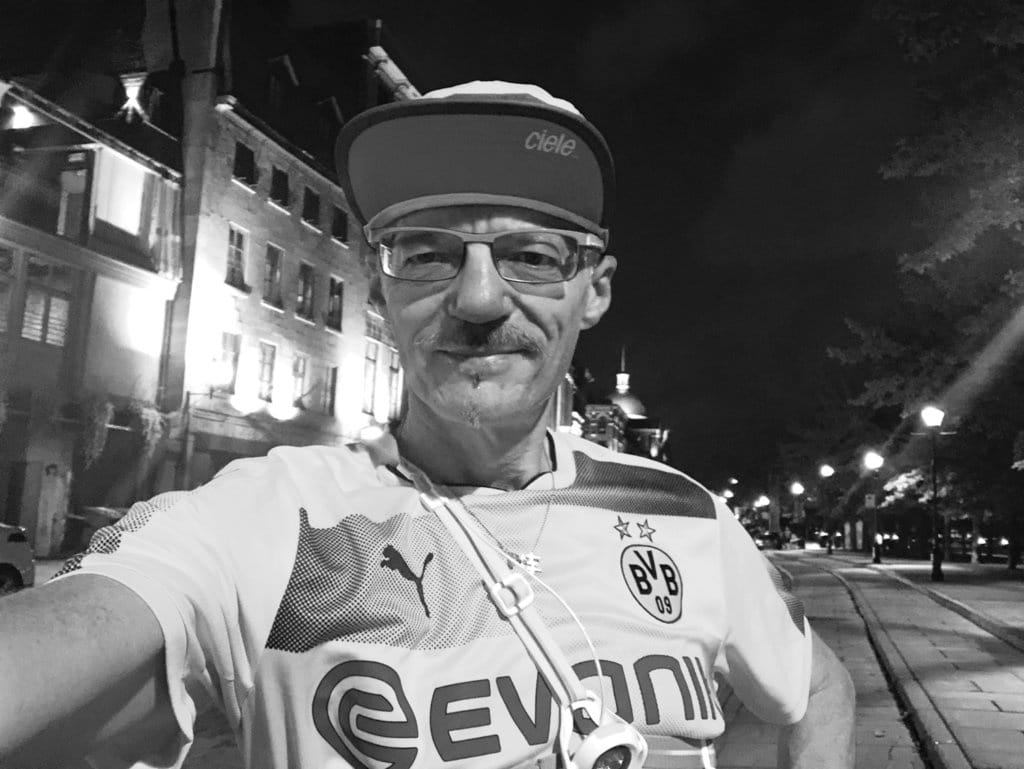 In terms of his running goals, Boudreau is working towards his target of running between 1,700 and 2,000 kilometres per year, and has run 1,390 kilometres so far in the 2018 calendar year. While Boudreau is mainly striving to beat his own personal pace goals, he can be seen on the Strava leaderboard for the all-time fastest pace of one lap around the Alumni Field track, placing third under Kip Jackson and Matt Fyfe.

Boudreau does not have specific goals for races, but will occasionally participate, motivated to beat his own times. “When people ask me what marathon I’m training for, I tell them I’m training for a good life,” Boudreau said.

The last race Boudreau ran was the five-kilometre Terry Fox run on Sept. 11 in Toronto, where he finished first with a pace of four minutes per kilometre.

Boudreau is currently looking for individuals who are interested in running to join him in his hobby. “If anyone in the Mt. A community wants to help build a running club,” Boudreau said, “let’s talk.”