Showdown between the league’s top teams 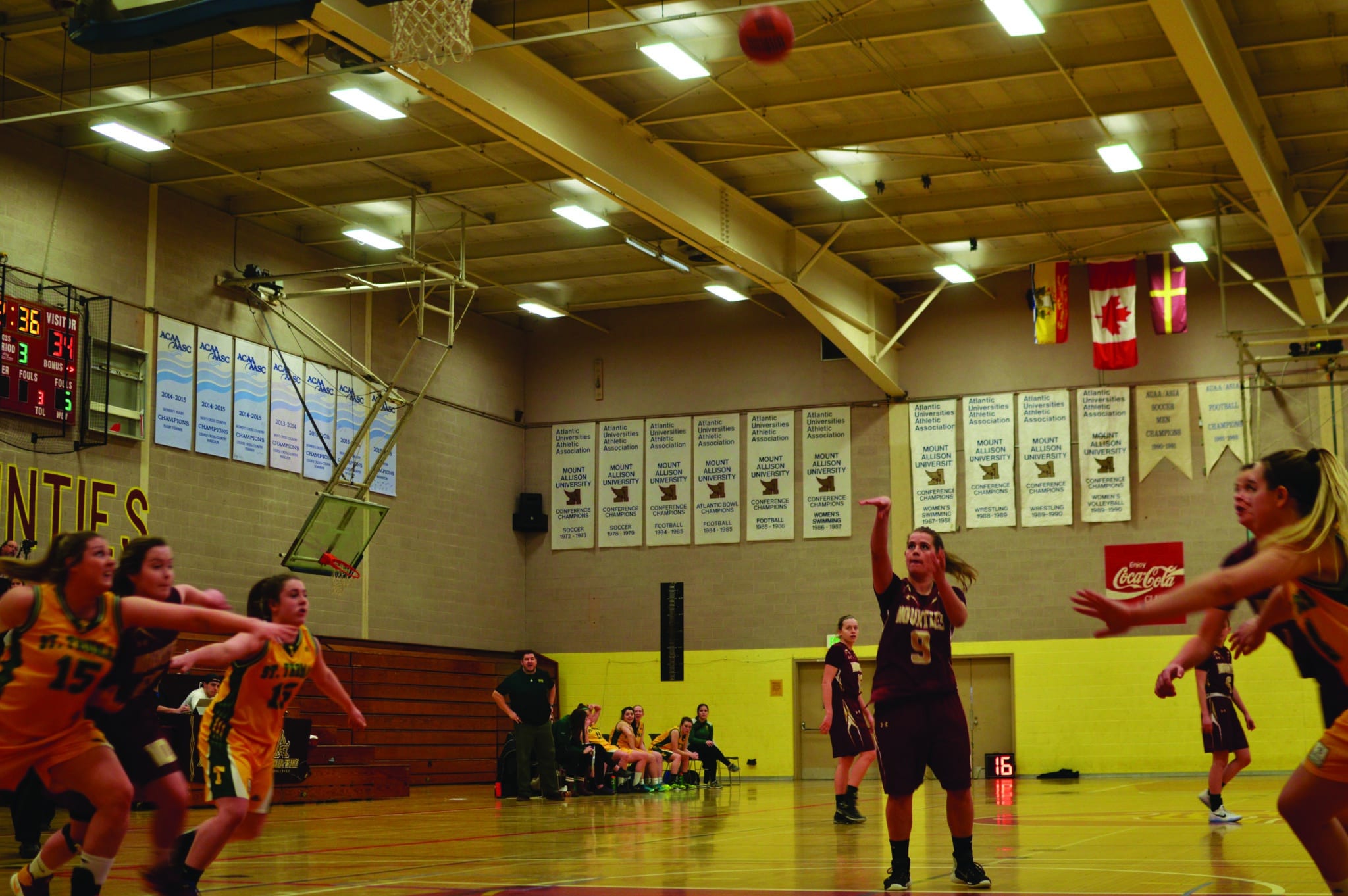 On Oct. 29, the women’s basketball team opened their season against St. Thomas University with seven players on their roster, one of whom had just played a full 90 minutes for the Mounties’ soccer team. The short bench cost the Mounties in a close game that saw STU take the 62-61 win. Fast forward to this past Sunday, when the Mounties hosted STU once again, this time beating the Tommies 65-57.

“We started this year with a newer team than we thought, [as we] lost a lot of our core players,” third-year small forward Erin Steeves said. The team went into the Christmas break with a 3-3 record. For Steeves, the difficulty they faced early had its advantages. “We had to play through adversity [and] face situations that we wouldn’t normally have to,” she said.

Head coach Matt Gamblin emphasized the role of the team’s leaders in getting through their rocky start and integrating new players successfully. “That’s not always going to happen at the university level,” he said. “We got through it, the kids stayed mentally tough.”

Third-year guard Lauren MacEachern joined the team in the middle of the season this year after playing in her freshman year. For her, the team atmosphere made it easy to transition. “I only played with a couple of the girls before – everyone is new, but everyone is welcoming,” she said.

Currently ranked 11th in the country, the Mounties look like a much-improved team this semester, going 5-3 since Christmas, with two of their three losses being against the team ranked sixth in the country, the MSVU Mystics. The success is in large part thanks to their growing familiarity with one another. “I think we have a really great group of girls this year. Even the girls who joined last minute have all filled in really well,” Steeves said.

Last weekend saw the Mounties lose at the hands of MSVU before their victory against STU. With the win on Sunday, the Mounties have given themselves an edge over STU to be the third-ranked team in the conference, with playoffs two weeks away.

Gamblin looked at the win as an indicator of his team’s progress. “The resilience to come back off a very frustrating night the night before [was] a team effort right down the line, [with] 12 players [contributing],” he said.

The potential of the team was visible to all in an attendance on Sunday, as the Mounties looked dominant against a Tommies team that has beaten them three times this season. “If we can have a game where we all click like today – the energy’s there, everybody’s contributing off the bench – we are going to win,” Steeves said after the game.

The team still has room to grow in order to close the gap between themselves and the top teams in the league, the Holland College and MSVU. “It will just keep coming as we get to know each other better and learn how each other plays,” MacEachern said. “We’ve seen small glimpses of what we could be.”

The Mounties will host the ACAA playoffs from March 3-5, where they will look to qualify for nationals for the second time in three years. The opportunity to host playoffs is seen as an advantage by Steeves, who is optimistic about the team’s potential come playoff time. “If we have a game where we all click and all contribute like we did today, we will be just fine in the playoffs,” she said. “We can easily make it to the finals or win a championship.”