An exploration of the Sackville art community 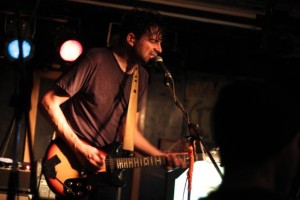 Town celebrates Art Across the Marsh.

The town of Sackville provided a glimpse into the world of the artist last weekend as Art Across the Marsh held its fourteenth annual tour of workspaces and studios. Artists all over Sackville, Amherst, Dorchester, and other localities invited the public into their homes and creative spaces in order to celebrate the rich and industrious art culture that the area has to offer.

In addition to paintings, sculptures, and prints, many participants in the studio tour also showcased items with both aesthetic and practical value. In particular, L.T. Jackson’s workshop in his home on Union street fosters his construction of acoustic musical instruments of many unique styles and designs, including guitars, Irish bouzoukis, and octave mandolins. Originally a boat builder from the rural community of Bancroft, Ontario, Jackson moved to Sackville nearly two years ago, and now privately constructs and repairs stringed instruments in his home—a craft he has practiced for almost ten years.

Jackson very much prefers the quiet and relaxed atmosphere of his own home as his workspace, believing it to be crucial to his creative process. He enjoys using chisels and working with his hands, tending to avoid power tools whenever possible. Additionally, Jackson believes that many of his woodworking skills acquired from boat building have transferred over to his work as a luthier. “There’s more variables [with instruments],” he notes, “but the physical process is very much the same.” Although Jackson himself is not a musician, the art form he practices paves the way for others to pursue their own artistic expression through a musical medium.

Another Sackville artist, Indu Varma, displayed her diverse collection of pottery and prints in her Salt Marsh Studio on Wellington Street. Varma is originally from India, but moved to Canada where she attended Université de Moncton and Mount Allison University and studied fine arts, specializing in painting and sculpture. Recently retired, Varma worked as an educator for many years in New Brunswick, and now dedicates much of her time to her art.

Varma’s experiences with her students and family are often sources of inspiration for her work. “[They are] so simple and so true,” she says fondly, while introducing her recent series of prints entitled “Lessons Learned from 6-Year Olds,” which depict some of Varma’s specific enlightening encounters with children. “Gratitude,” for example, recounts a time when Varma’s own grandson decided to suddenly present her with a flower in order to express appreciation for her kindness and support. Varma also represents current events and social situations in her art: her exhibit of unglazed pottery sculptures entitled “Broken Dreams” consists of dilapidated houses that are meant to pay homage to victims of homelessness, natural disasters, and other situations that threaten the home as a structure and an idea.

Numerous other exhibitions, including Kaeli Cook, the prolific potter behind the Black Duck’s earthenware, and Robyn and Katherine Lyon’s nature-inspired studio on Weldon Street, Art Across the Marsh succeeds in highlighting the abundance of artistic talent scattered throughout our own Sackville neighborhoods.