Did “Hocus Pocus 2” live up to the hype? 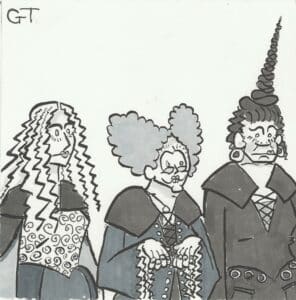 Almost 30 years ago, the Sanderson sisters placed a spell on their audience. This troublesome trio enchanted viewers with their campy nature, a talking cat named Thackery Binx, a scorned zombie lover, and a group of bothersome children that thwarted their every move. Now they are back by the light of the black-flame candle for one last terrific Halloween night. This may be their final chance to exact their revenge on the town of Salem. However, the biggest enemy to this anticipated sequel is the legacy of the iconic movie many would consider a Halloween staple. Can the nostalgia make the movie worth watching? Honestly? No. I will be giving a review of my honest thoughts on this movie, and as a result, it will not be spoiler free.

Disney Channel Original Movies have now become Disney Channel reboots. The Sanderson sisters are simply the latest victim in a series of questionable film and television remakes set out by the industry giant. I really wanted to like this movie. I loved the original and had faith that even without most of the beloved original characters, Bette Midler, Sarah Jessica Parker, and Kathy Najimy would be the backbone of this new movie. However, the whole movie just felt off. The movie clearly got made for Disney to make some quick money off fanfare. The plot and character interactions were stunted at times and the narrative was lacking.

It is not the same as the original; it is a significantly tamer version. Disney decided to retract their stance on the murder of young children and are instead investing in girl empowerment (this time through magic). Similar to what was done with Maleficent and most recently Cruella, Disney has decided that the Sanderson witches, Winifred in particular, were just misunderstood. This mirrors their main modern day character Becca (Whitney Peak), as she too is different and othered by her peers for liking crystals. Winifred gets painted in a sympathetic light at the very beginning of the film. In a flashback, the audience learns that the Reverend of the town is forcing Winifred to marry because she is now sixteen years old. If they were to wait a day longer she would become an old crone. However, upon her refusal, they try to take away her sisters. This sets up a continuing theme throughout the film which is the importance of “sisterhood” and that the characters are stronger together than they are apart. Explicitly imposing these morals on audiences is disgusting, basic, and a fantastic way to ruin a Halloween movie. It is also out of place with the narrative of the Sanderson sisters.

However, this sympathetic perspective is the beginning of the witches’ origin story. Another miss. We are introduced to the character they refer to as “Mother” in the first movie (Hannah Waddingham), but without the context of the previous movie, this character’s entry makes little sense and even confuses some of the details we know about her from the first movie. First, Mother immediately looks out of place next to the young Sanderson sisters; she looks like she belongs to a Maybelline commercial aimed for fans of the occult. Secondly, nothing she says makes sense with the context set up from the first film. She leaves immediately after giving Winifred the spellbook and telling the girls they are witches, but she is supposed to have raised the girls later on. She emphasizes the fact that having a coven is super important, but she has none of her own. Her character is painted as melancholic, but when the witches refer to her in the first film she is described as treacherous. Also,  this interaction between her and the young sisters  opposes our expectations based on the first film. Although they need to eat children to stay young and beautiful, Mother implies the Sanderson sisters should not act maliciously, but they certainly do in the first film.

Furthermore, if they wanted to do an origin story, the Mother Witch bit should not have been the sole focus. Winifred et al. could have gotten the book, met Mother, and then the movie could have focused on why the witches became the way they are in the first film. Or, as an alternative, the adventures of the Sanderson gang during their time in hell. The inclusion of an origin story was unnecessary and did not have enough of an effect on the plot (if any) to be relevant.

From there, we skip to present day Salem and meet more of the main cast. Best friends Becca and Izzy (Belissa Escobedo) are planning a ritual to celebrate Becca’s 16th birthday. However, Cassie (Lilia Buckingham), their other friend, is not invited because she has a boyfriend now (those are as hard to come by as matching socks apparently), neglecting her friends in the process. Teenage drama is not uncommon in these types of movies and I’m aware of that, but the conflict is so poorly explained and easily resolved they could have just skipped writing this unnecessary animosity. It only takes a three-minute conversation in the middle of the movie to resolve everything magically. However, it does show the importance of communication in maintaining relationships.

Later, Becca and Izzy go to the local magic shop that just so happens to be the Sanderson sisters’ old house that got magically transported to downtown Salem. Gilbert the shopkeeper (Sam Richardson) gives them a black flame candle, because he wants to resurrect the Sanderson sisters.  This is simply lazy writing and uninventive to say the least. Sure, they needed a way to bring the Sandersons’ back, but could Satan not have sent them on an errand? How can they magically create another black flame candle? Why would Gilbert want to do so? How sheltered was he as a child that he did not hear the stories that they ate children? Furthermore, he saw them going after the main characters in the first movie and he still thought “sure, why not? I can change them.”. Then the writers spend the rest of the movie trying to make him seem like a fool, as if that erases the fact that he was manipulative and took advantage of the girls’ trust. They really should have left the first movie alone. It was meant to be a standalone film, and this terrible sequel only highlights Disney’s unoriginality.

Overall, the movie feels awkward and rushed, like when you finish a task early, so you meander while trying to figure out what to do next. Nothing feels substantial, everything is quickly resolved, and there is no build-up to indicate what is coming next. The pacing is sporadic and jumps between different character perspectives so often it feels as though there is no time to connect with them. In addition to this, the film clearly relied on the nostalgia of seeing the main three witches again instead of putting in effort to create a coherent narrative. As a result, the resolutions we are given (the girls making up and even the defeat of the Sanderson sisters) feel unearned and lacking. This sequel had none of the campy nature that made the original a cult classic and relied on tropes that should really just be left alone. The inclusion of Becca and the girls receiving magic powers was a cheap gimmick that did not need to be added. They could have outsmarted the Sanderson sisters like their predecessors did in the original movie. There was no heart, and the inclusion of the “magic of friendship” being the most valuable magic of all is as laughable as it is tragic.

Hocus Pocus 2 was a mediocre film at best. It lacked everything that made the original special. None of the dynamics between the new characters felt substantial and even the interaction with the witches felt stunted. Most of the plot points felt unnecessary and the film lacked continuity as well as sincerity. While it is worth a watch if you have nothing else to do, do not get your hopes up for this sad remake.