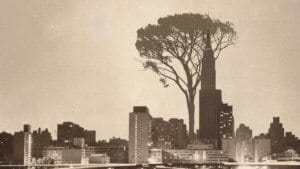 The fossil fuel divestment movement began in 2012, turning into an international campaign lead by climate change activist organization 350.org. Although fossil fuel divestment has primarily been a tool wielded by institutions like churches, unions, and universities, municipalities and entire countries (we see you, Ireland) have divested from the oil and gas industry. New York isn’t the first city to do so, but it’s arguably the highest profile case.

The divestment decision will affect approximately $5 billion of NYC’s $189 billion pension fund, pulling support from 190 fossil fuel corporations that the fund was previously invested in. New York City’s mayor and comptroller announced via press release that they would instruct fund trustees to divest from these 190 companies in “a way that is fully consistent with fiduciary obligations.” These words are important given how often “fiduciary obligations” are thrown around in defence of rejecting divestment. I speak as a biased and disgruntled DivestMTA organizer when I point out these same words have been spoken to me in discussions with Mount Allison President Robert Campbell and Vice-President Finance and Administration Robert Inglis. I say this because it’s a relief to have an increasing number of well-respected, well-informed, wealthy white men to validate issues we’ve been pointing out for several years. Maybe it’s just my liberal-artsy naiveté telling me this time will be different – but perhaps now that the argument is coming from the office of one of the world’s most powerful cities, it will finally be internalized.

Not to be overlooked is the mayor’s announcement of the lawsuit being lodged against the world’s top five investor-owned contributors to climate change: BP, Chevron, ConocoPhillips, Exxon-Mobil and Royal Dutch Shell. The lawsuit itself targets the billions of dollars in damages the city will have to pay to protect citizens from the effects of climate change. When discussing reasons for launching the lawsuit, city representatives talked about the culpability of these corporations and the actions they’d taken over decades to obscure devastating effects of climate change from the public – profiting while sea levels rose and lying about their contributions to it.

Some might consider it uncouth or hyperbolic to draw comparisons between those corporations and Mt. A, but I see a connection. BP and Exxon-Mobil know their role in climate change yet continue to profit from it. So, too, does a university whose administration has full understanding of the risks posed by global warming to its students, surrounding community, and the dollars of endowment contributors, yet still invests with the companies working hardest to put those futures at risk. Further, these are companies with precarious outlooks, given what we know of the possibility of their assets becoming stranded (Google “carbon bubble”).

De Blasio has seen the risk rising sea levels can pose to a coastal community and has acted accordingly to protect those citizens. I’m cautiously hopeful the leadership at Mt. A will do the same, given Sackville’s position on the marshes and its proximity to sea level. Then again, Centennial Hall is unlikely to flood given its position on top of that hill… so perhaps not.