A career in the Canadian Foreign Services 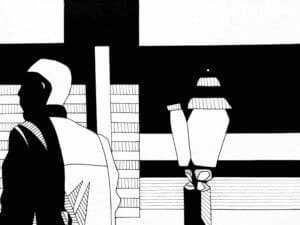 What does a life in the foreign services look like?

On Nov. 1, Mackenzie Clugston, Canada’s former ambassador to Japan, asked James Devine’s introductory political science class to answer this question, as well as addressed topics of both the current state and the stability of international relations.

Clugston explained that he had always wanted to get into the Foreign Service, but that he ”was never one of those stellar students . . .  not of that calibre [to get into the program].” He opened his presentation on a personal note, telling the story of his life after graduating with a bachelor of arts degree. Finally, on his third application, Clugston was accepted and the second part of his life truly began.

He encouragingly added that, “[I] thought it was what I really wanted to do.” He said of his career choice, “it took me ‘til I was about 31 to figure that out.” He urged students to not panic right away if they don’t have a plan for their lives after graduation.

Clugston moved on to discuss foreign service relations between Canada and Asia. He explained that in his time as ambassador there had been an effort to develop a strong relationship with Japan. In terms of policy, this was difficult as trade was where Canadian interests were more strongly rooted and, consequently, this was where conversations between the two countries kept being drawn back to.

“In vague terms, I got tied into the Japan relationship, which was primarily a trade relationship,” said Clugston. “We couldn’t break out of the trade relationship with Japan; there were no foreign policy issues that we could grapple with.” Because of this, his role consisted less of making policy improvements and tended to be more educational.

On a more positive note, he added that Canada is one of the most respected countries in Japan. More generally, he said, “We represent our country well, our country is well liked,” then laughed and said, “I’m not trying to give PR.”

After briefly describing his career, Clugston opened up the floor for questions of which there were many. Topics ranged from Donald Trump’s “great walls,” what the first year in the foreign services is like, to unrest in North Korea.

Third-year student Ava Berry said that, though she is in Devine’s introduction to political science course for a distribution, she found the talk interesting and encouraging. “He mentioned it . . . took [him] a while to figure out where he was going career-wise, which is something everyone in university is thinking about and worried about,” she said. “It was a great opportunity to hear from someone outside of the University and [especially] on that specific career path.”

Julia Bland, another third-year student in the class, expressed similar sentiments to Berry. “I thought it was a really good opportunity to hear about international relations from someone who worked in the field,” said Bland. “We’re starting to talk about international relations in class after reading break, so having a real life example when learning can help [in] understanding the topic.”

Clugston is currently the rector, or head, of Kwansei Gakuin University’s (KGU) Cross-Culture College in Japan, with whom Mt. A is a participating partner. Though this job in education is a different role from his life in the Foreign Service and his work in trade and policy, he was able to transfer many of his previously learned skills. Those are things, he said, that only “come with time,” and those practical skills “should work well wherever you go afterwards.”

Fourth-year student Diane Ortiz-MacLeod had attended KGU this past summer and had been taught by Clugston in her time there, so she was “very excited to learn that he was travelling to Mt. A to speak of his experience in the Foreign Service.” Ortiz-MacLeod said, “His presentation was organic as he catered his speech based on feedback from the audience. It was interesting to learn of the Japanese-Canadian political and socioeconomic relations from such a firsthand experience.” The insights that she gained from Clugston were informative on international and governmental affairs and “may be beneficial to my future career ventures.”

Whether students were interested in pursuing similar careers to Clugston’s, learning more about international relations as a whole or even just needed some affirmation as to how to go about life after graduation, Clugston’s presentation shared, to reference Devine’s sentiments, a “wealth of experience.”