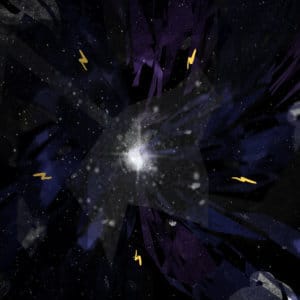 Dr. Catherine Lovekin was also recently involved in recording the entire lifecycle of a nova

Shortly before the winter semester began, astronomy professor Dr. Catherine Lovekin became the first woman to be granted tenure in the history of the Mt. A physics department.

Lovekin’s new position will take effect as of July 1, 2019. Of the promotion, Lovekin said, “I’m very happy to be tenured. I really like Mt. A so I’m very glad that I’m going to be able to stay for quite a long time now.”

Department head Dr. Dave Hornidge is also excited about the news. “We should make a big deal out of it. Catherine is a really excellent scientist, and we are super lucky to have her,” said Hornidge. “Having her as a role model is huge and I think that this is going to be a definite net positive effect. I think she has already encouraged more women to take physics. Anecdotally, I would say she’s already made a big difference in terms of more women summer students and generally women involved in the department.”

Veronika Dornan is a fourth-year physics honours student who is doing research with Lovekin. She said, “I’m really excited. Personally, I’ve felt very lucky that I already wanted to work in astronomy and I was really happy to find out that the one astronomy professor was also the one female professor. It’s very exciting for me to be able to see someone like myself in a position that I want to go into.”

As a newly tenured professor, Lovekin has already brought attention to the Mt. A physics department through her recent involvement in tracing the life cycle of a nova star.

The companion star can transfer mass in the form of a layer of hydrogen onto the white dwarf. “Then if it gets thick enough and hot enough that layer can start to undergo nuclear fusion. The hydrogen starts to fuse to the helium. This happens fairly suddenly … all of a sudden that whole layer starts to burn and the whole thing gets much brighter. And that’s what we see as a nova.”

Lovekin was part of an international team of astronomers known as BRITE who were recently able to monitor a nova for its complete life cycle. “What’s really interesting in this case is usually, when a nova is first detected, we have surveys that are looking for things that appear. But by the time that happens it’s a day or so later. In this case, because we got lucky, we were watching that patch of the sky when it happened,” said Lovekin. “Novas are pretty common, so when people said we found something bright, we were able to go look and say yes, it got bright and we’ve got the whole light curve from the very beginning. That doesn’t happen very often.”

The new information this research provided increases astronomers’ understanding of what happens in the early phases of a nova cycle when nuclear fusion begins and the star begins producing energy, and also provided supporting evidence on theories of stellar evolution.