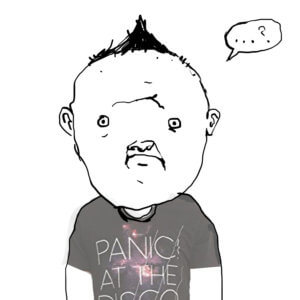 Religious studies lecture takes on misconceptions about mindfulness and meditation

On Jan. 16, students and faculty gathered to listen to Dr. Justin McDaniel talk about existential despair.

McDaniel, who teaches in the department of religious studies at the University of Pennsylvania, spoke about two courses he teaches – one where students live according to a fabricated but strict religious doctrine and another that centres around reading as a way of dealing with mental health and stress – that connect with themes of mindfulness, community and dealing with pain.

For McDaniel, teaching these courses came from a positive place – recognizing that students were interested in mindfulness and Buddhism, as well as the feeling that few people actually understood these things beyond a surface level.

“I got sick and tired of people talking about mindfulness all the time,” said McDaniel. McDaniel used to be a Buddhist monk and has taught meditation and mindfulness courses in the past, but expressed frustration at the lack of understanding of Buddhism as a whole within mainstream mindfulness: “There’s more to Buddhism than meditation. They’re actually human beings, they have rituals and practices and they have history and literature – why are they always just reduced to a good self-help method?”

McDaniel stressed the community aspect of Buddhist practice over individual self-improvement. “We can’t divorce, when we study mindfulness or we study Buddhism, the community that it’s a part of,” he said. “Meditation is not about self-acceptance. It’s about self-dismantling the very sense of self that is you. And there are many rules that will help you do this.”

McDaniel said that his experiences as a Buddhist monk helped to reinforce this idea. McDaniel’s life as a monk was highly regulated and his duties often involved the local community, like teaching children and overseeing funerals, while meditation was mostly in groups rather than alone. “This was the least free environment I’ve ever been in,” he said. “I didn’t make my own schedule. I didn’t say, ‘Y’know, Abbot, I’m just going to spend the day really getting to know me, just accepting my faults and my fragility,’ like no!”

To further emphasize his point, McDaniel told two Buddhist stories about compassion and community. In one, a monk isolated himself from his community for decades in order to meditate, learning nothing in the process and distancing himself from his religion by distancing himself from others. In another, a woman named Kisa Gotami grieving her husband and children was able to begin healing by realizing that others had experienced the same pain as her and she was not alone.

“Everyone suffers, everyone hurts,” said McDaniel. “Meditation and discipline and stories are supposed to teach you that you’re not alone, you’re part of a community, and a community of caring, a community of compassion.”

The product of this was a course called Living Deliberately. McDaniel’s students took on restrictions and rules in their everyday lives, drawing on Islamic, Jewish, Hindu, Buddhist and Christian monastic systems for inspiration while studying these same religious systems and ways of living.

“They slowly, over the course of the semester, take on more rules,” said McDaniel. This encompassed everything from clothing (all black or white) and diet (vegan, with exceptions) as well as chants (jokes written by McDaniel in multiple different languages so they were indecipherable to his students), meditation, and a prohibition on using electricity. The course culminates in a month-long vow of silence.

“If they want to eat meat they have to kill the animal themselves – which by the way has happened. If they want to drink they have to make their own. Students also had a limited amount of money they were allowed to spend each week outside of rent and utilities, which McDaniel said resulted in students forming “natural communities” and buying groceries and eating together.

McDaniel’s second course came from a similar place. “I had so many students who said that they didn’t have time to read,” said McDaniel. “I wanted to bring a course that [said], ‘Okay, I’m going to give you a break; I don’t want any more excuses. We’re going to read good literature and we’re going to deal with feelings, we’re going to deal with pain.’ We have a big suicide problem at Penn. We have three mental health centres and they’re packed all the time.”

The course was eight consecutive hours a week and 75 per cent of the grade was participation. “They read a book cover to cover and that’s it, and then we sit and discuss it,” said McDaniel. “They’re not allowed to take notes, they’re not allowed to accumulate information, there’s no test at the end, they just read and they all become, in a sense, experts on that book as they read it for the first time together.”

“We do just good literature about people who have suffered and people have gone through something they might have gone through,” said McDaniel, wrapping up the lecture. “Not to give them answers – novels don’t necessarily give you answers, but they give you a way of articulating things, and also remind you, just like the first course, like the story of Kisa Gotami, that you’re not alone. The feelings that you are having are genuine. The feelings you’re having are feelings that people have had for centuries. As long as there’s been humans there’s been anxiety about ‘What do I need, where am I going, and why am I here?’ Those are the things that we deal with.”

The talk was organized by the religious studies department and funded by the A.J. Ebbutt Memorial Fund and Bukkyo Dendo Kyokai, the Society for the Promotion of Buddhism.

“[McDaniel] is a great teacher and that’s something we care about at Mt. A,” said Dr. Susan Andrews, who hosted the event at the Owens. “It’s so exciting to welcome him here to talk.”