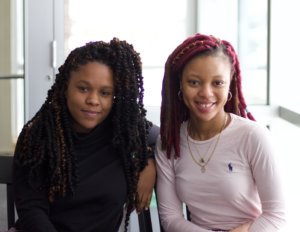 On Jan. 13, the Students’ Administrative Council (SAC) reconsidered a motion to dissolve the position of the MASU international student affairs coordinator due to lack of information from a previous council meeting on Dec. 1, 2019. MASU first announced its intention to dissolve the position on Dec. 1, but decided against the motion after discussion.

Wilkinson and Aminah Simmons, the ethnic diversity representative for MASU, said the motion to dissolve the coordinator position was reconsidered due to a lack of information at the council meeting on Dec. 1.

“The President talked to other universities of similar size [to Mt. A] about what they have at their schools,” said Simmons, who is also the MASU communications coordinator and policy, research and archiving officer. “[Those universities] only have one position to represent international students.”

“Council decided it was irresponsible and reckless to get rid of the international student affairs coordinator [on Jan. 13]. It didn’t make sense,” said Simmons.

Other international students are also upset about the motion to dissolve this position. Natalia Liste Colomina, a fourth-year international student, spoke about why she believes there should be two separate international positions instead of one: “One of them is an elected position by the MASU and the other one is elected by the students. You get a very different contrast of their input into the role.”

“The international student affairs coordinator chairs the International Students’ Committee, so in that sense we feel as if that represents the student voices,” said Wilkinson. “I filled my committee with eight international students. This is my opportunity to hear what students want and what they need.” Wilkinson also talked about how in her role as coordinator role she mostly mediates with the University; “however, I still have an opportunity to hear the voices from my committee,” she said.

Wilkinson also outlined what her job entails as the international student representative. “As a representative, my job is to immediately find the voices for students-at-large and to work with other councillors. I’m not obligated to speak with the University at all [in this role] because I’m not hired, I’m elected.”

“The issue that I had was not only did [they] never consult the person that’s currently holding these positions, [they] didn’t give any opportunity for me to speak with my constituents,” said Wilkinson. “In that case you’re hindering me from doing my job.”

Simmons also spoke about what she feels is a bigger issue of not listening to what students want. “My issue with student unions is that we don’t consider student voices and we try to do things based on what we think students want instead of asking them.”

One argument made for dissolving the position by the MASU executive at the Jan. 13 council meeting was that international students are the only group represented by both a coordinator and a representative. Wilkinson and Simmons argue there should be more overall positions, not fewer.

“There needs to be more representation, not less,” said Liste Colomina. “That’s what I’ve been trying to mention to people, because the councillors are mostly people that are Canadian and not international.”

Simmons explained that there are more councillors reaching out to them in support of keeping the position now. Other councillors have given Wilkinson and Simmons their support in favour of keeping these two positions in MASU. “It’s going in a positive direction now, but we’re still facing a lot of stonewalling from other members of council.”

“If you’re not an international student, if you’re not a minority in the same sense as I am, you won’t be able to relate,” said Wilkinson. “You don’t live that struggle.”

“The students are speaking. Listen,” said Simmons. “It’s as simple as that.”

Titarenko also stated that the international student coordinator position is supervised by the VP of student life, meaning the position needs to report to the executive: “This in itself posed a great deal of conflict because it is not always true that staff and their supervising VP align on their goals and, in the end, the VP has the authority to drive the direction of the staff portfolio.”

Another argument made by the MASU executive was in regard to equitability. They believe that in order to represent students meaningfully they need student-elected councilors who represent demographics, not staff who report to the executive and who are not part of that community.

“This is why we did not move to introduce coordinator positions to all of our representative councillors and why we chose to remove the international student affairs coordinator,” said Titarenko. “Staff positions do not work to represent the voices of the students, they work to accomplish tasks that are set out by their supervisors, the executive.”