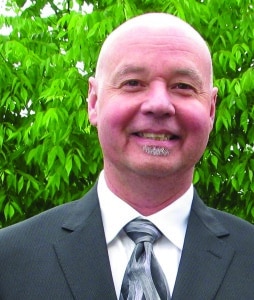 Approximately 2,000 Sackville residents dropped by the Civic Centre to cast their ballots in the town’s municipal election on Monday, May 9. With overwhelming support from roughly 47 percent of the Sackville electorate, John Higham was elected to replace Bob Berry as mayor of Sackville. Higham received 81 per cent of votes, a decisive victory over his contender, Virgil Hammock. The new town council will consist of five incumbents and three fresh faces when the councillors are sworn in on May 25.

A resident of Sackville for about twenty years, Higham served on town council between 2008 and 2012. He was also the former director of the defunct Rural and Small Town Program at Mount Allison and a senior policy analyst in the federal government for Indian Affairs in Atlantic Canada.

Higham said he will prioritize issues related to town flooding, the shutting down of local businesses, and provincial governance changes. He said council needs to look into accessing federal funding for infrastructure while preparing for changes in provincial governance that could affect the municipality. “Change is needed, there’s no doubt about that, but sometimes change is just downloading […] and that’s something we really want to avoid by being prepared.”

Higham said the town needs to be more innovative in its attempts to foster local businesses and attract families to settle in Sackville. To do this, he aims to encourage a more inclusive tone in council discussions and operations to encourage more input from students and local entrepreneurs.

“We need to develop the town in a respectful manner,” said Higham. “We can’t keep going after big block industries, they’re not going to happen anymore, what we really need are small entrepreneurs.”

Bill Evans, a retired network analyst with computing services at Mount Allison, has been re-elected to serve a second term on council. Evans said council needs to do more to address environmental concerns and provincial governance issues. In order to tackle these concerns, Evans said council needs to focus on improving its governance procedure. “As long as you have decent people and good process, the outcomes are going to be fine.”

Evans said the council should acknowledge the financial and social benefits of having a university in town. “We, the community, need to recognize the simple fact that Mount Allison and the students are hugely important to us,” he said.

Joyce O’Neil and Bruce Phinney, both lifelong residents, will serve their fourth term on council. Additionally, Ron Aiken, a biology professor at Mount Allison, and Michael Tower will serve their third consecutive terms.

Megan Mitton, a previous candidate for the New Brunswick Green Party and first-time councillor, received the most support on Monday, garnering 1,370 votes. Mitton said she will work towards implementing mitigation and adaptation measures to address climate change while incorporating sustainability into all aspects of council decision making. She is looking forward to working with members of the Mount Allison community to help fulfill her goals.

“The university is essential not only to Sackville’s economy, but to our community,” said Mitton. “I am very open to ideas for how the town and university can work together in the future.”

Evans said he is excited by the success of the newly elected younger councillors, as they hold positive relationships with Mount Allison. “I think it’s the least we can expect that council is not prejudiced against the university.”