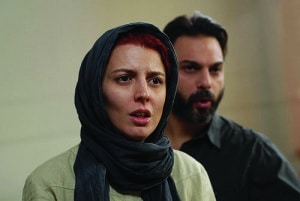 Given all your probable pent-up anxieties stemming from paper writing/lab reporting/job applying, you should always remember to dilute your time spent re-associating with other people/regular sleep cycles with a good heaping of much-deserved screen time.

A year as a subscriber to Canadian Netflix revealed the following, some real gems which I loved watching but which all made me wish I was watching them in a theatre. But there you have it: the life of a student.

A Separation (Drama, 2011) – an Iranian drama which jumps from one complex moral dilemma to the next. A movie whose greatness will not diminish in decades to come.

Tender Mercies (Drama/Music, 1983) – Robert Duvall’s most understated performance in a little, understated movie about a man who kicks the bottle and seeks quietude in a new life. This is a story, not a plot.

Under the Skin (Sci-Fi/Horror, 2013) – a great Scarlett Johansson performance that is about as different as possible from her (also-wonderful) voice work in her (also on Netflix). When people refer to Jonathan Glazer as Kubrick’s heir, they’re actually somewhat on to something.

Hoop Dreams (Documentary, 1994) – “The Great American Doc” – a heartbreaking, complex testament to the human spirit, with high school basketball as a jumping-in point. Roger Ebert led many critics to join his (ultimately unsuccessful) campaign to get the Academy of Motion Picture Arts and Sciences to nominate it for the coveted best picture prize. He went on to name Hoop Dreams the best film of the 1990s.

Metropolis (Silent/Sci-Fi, 1927) – the best Fritz Lang film, and everyone’s favourite entryway into silent film. This movie is made great not by great plot/story so much as by the unfettered imagination that went into it.

Nebraska (Comedy/Drama, 2013) – Colin Colvert summed it up best: “Nebraska is a wonderful comedy shot in black-and-white and told in shades of gray.” More than that, it’s a very funny comedy that leaps from the funny to the melancholy in the abrupt-yet-seamless manner of Bonnie and Clyde and Terms of Endearment.

The Verdict (Courtroom Drama, 1982) – yet another example of Sidney Lumet’s masterful naturalism – including the way he directed top-notch performances from Paul Newman, Charlotte Rampling, James Mason, and Lindsay Crouse – and of David Mamet’s immortal writing capabilities. This movie also offers the added bonus of suffusing the audience with a strong sense of justice and moral right.

Minority Report (Sci-Fi/Neo-noir, 2002) – the best movie you’ve probably already seen but didn’t appreciate all that much when you were 12. Or at least that was the case for me. It’s an airtight noir plot with all the right ingredients. The cast are perfect for what Spielberg needs them to accomplish. Most refreshingly, the future is portrayed somewhat positively for a change, but the cool futuristic tech remains secondary to characters and plot. The worst thing about this movie is its title.