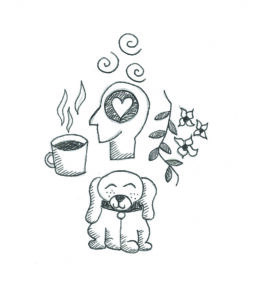 It is no surprise that exam season is one of the most stressful times of the year for university students. Many are busy studying and finishing up final projects, with some pulling all-nighters to get their work in on time or to cram for their next exam. It is easy to become hyper-fixated on grades during this time of year, but as important as grades are, it is just as important to step away from the schoolwork and take care of yourself.

Sleep is often neglected during the exam period, but ask any upper-year student and they’ll tell you that sleep is your best friend. There is no worse feeling than walking into your exam running on an hour of sleep and realizing that you would know how to answer the questions if you just weren’t so tired! To avoid staying up too late, try to get most of your studying done during the day and start studying well before your exam so you don’t have to cram the night before. If you do decide to stay up late studying, I would recommend going to bed as soon as you start to feel groggy; most topics you review after this point won’t be properly remembered the next day. Rather than studying for hours while fighting the urge to doze off, try waking up early and reviewing the content once your brain has had time to rest. Several studies have found that sleep correlates to better test-taking, so the takeaway is to not underestimate the importance of sleep during exam season.

Another way to take care of yourself during exam season is to prioritize doing things that you love, even  if only for a little bit at a time. When you begin to feel bogged down by work, take a break and let your mind relax by doing something you enjoy. For some, this could mean going for a short walk between study sessions or reading a chapter of your favourite book.

One popular study method, the Pomodoro technique, reflects the importance of taking frequent breaks while studying. Simply pick a task, set a twenty-five-minute timer, and work until the time is up. Then, take a five-minute break and restart the cycle. Every 4 pomodoros, take a longer break of 15 to 30 minutes. This technique can help combat procrastination by breaking difficult tasks into manageable sections and is also a good study method if you are easily distracted.

If you don’t know yet what strategies work best for you during exam season, it can be helpful to see what other students do. Sawyer Stanley, a second-year computer science and physics joint major, describes some tactics that help him get through exam week.

“I try my best not to get bogged down in the preparation for exams,” he said. “I definitely avoid cramming. I find it stress-inducing, draining, and, in the grand scheme of things, doesn’t make or break a performance on an exam,” Stanley explained. “Well, ahead of an exam, I’ll brush over my notes, maybe do a couple [of] practice problems, and get LOTS [of] rest,” he added.

Stanley has overloaded his semester, meaning that he is taking six courses instead of the usual five. As you would assume, this would normally mean an extra exam, but luckily, not in Stanley’s case. “Even with six courses, I ended up with only five exams/final projects,” he said. “Still, having five exams to write is one more than I was accustomed to writing from first year,” Stanley elaborated.

To help cope with the stress of exams, Stanley agrees that it is beneficial to step away from schoolwork every so often. “I enjoy working on passion projects for a creative outlet to decompress. The FIFA World Cup is happening over the exam period as well, so I’ll watch plenty of soccer,” he explained. Stanley added that he would also “catch up with family,” highlighting the importance of maintaining connections during this time.

Exam season is intimidating, but arguably more so for first-year students who haven’t yet experienced university exams. “If I have any advice for a first-year student, then it would be to hold your head high and enjoy the opportunity to see how you’ve grown,” Stanley suggested. “I think perspective is crucial,” he continued. “Positive results are, of course, validating, but doing worse than you hope [or] expect is reassurance that whatever degree you’re chasing isn’t easy. That’s something to be proud of regardless,” he concluded.