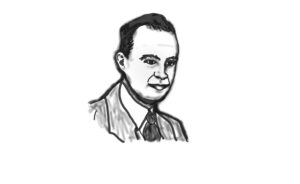 The Crake Foundation at Mt. A

The lecture series is one of many things the Crake Foundation does for the school. The Crake Institute that later inspired the Crake Foundation, was created by Dr. John Ernest Alexander Crake (1911-1983). He was educated in Toronto and attended Oxford and Johns Hopkins. He taught Classics at Mt. A. for 30 years.

Today, the Crake Foundation supports scholarship in the Classics at Mt. A. It donated funds to the furnishing of the Crake room, a lounge in Hart Hall stocked with books on classics where students can study or relax. The foundation also offers several scholarships including the Crake Travelling Scholarship, which provides funds to students participating in an educational travel opportunity in Greece or Italy. The foundation also supports non-classics related awards and opportunities such as the Crake Foundation William B. Sawdon Award for journalism in the Argosy and the J.E.A. Crake Arts Internships for students in drama, fine arts, or creative writing.

There is also the aforementioned lecture series. Organized by the Classics Department’s head, the annual lectures are a great opportunity for students to learn from experts in the field of Classics and their research. Dr. Edmonson was honoured to participate in the tradition.

The Crake Lecture this year was a series of two lectures, as the speaker has the option of doing several, on archaeological finds at Pompeii. In his first lecture Dr. Edmonson spoke about the preserved messages on the walls of Pompeii and what they reveal about how gladiators and their matches were organized and viewed. The second was about ruins at Pompeii and how they may help piece together an inscription describing the life of Aneas, who was one of the two mythical founders of Rome. In his story, he fled the ruins of Troy with his father and son and arrived in Italy where he eventually became King of what would become Rome. Dr Edmonson proposed his own translation near the end of the presentation based on his findings. Both of these talks were based on research that Dr. Edmonson has yet to publish, giving his listeners a view into what is to come in the field of classics. The talk was an excellent example of what the lectures can do, prompting insightful questions from many of those in attendance.

About the Crake Lecture series, Dr. Edmonson said that “some very distinguished scholars from Canada, the US, the UK and Europe have been invited over the years.” He said, “I think it is a marvellous thing for Mt. Allison that they have the Crake Foundation.” He also referenced a recent trip to the Pompeii exhibition in Quebec City which the foundation helped to fund. Finally, he noted that “there are few other Classics programmes in Canada that have such a range of Classics-oriented funding.”

Also notable is the Crake Doctoral Fellowship in Classics. This program gives a doctoral student who has completed their research for their Doctorate of Classics Thesis the opportunity and funding to come to Sackville and teach a three-credit course to Mt. A students. The Crake Fellow is also asked to give a lecture. This year’s Crake fellow, Cassandra Tran, recently presented her talk about gender roles in Roman comedy and is currently teaching at Mt. A. She enjoyed the opportunity to gain experience in teaching and described the grant and the foundation as “incredibly generous.” She felt that the fellowship was a “really great opportunity.” She explained that at Mt. A the grant, combined with the small class sizes, allows you to “really make these classes your own.”

The Crake Foundation is an organization that does a lot for students at Mt. A. In the future, keep an eye on the foundation, its scholarships, and opportunities.