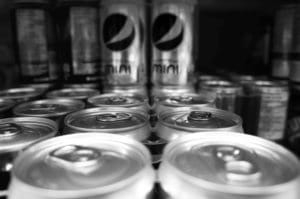 Whether we acknowledge it or not, Canada has a weight problem. Obesity and diabetes (particularly among youth) are on the rise, as are the associated health costs. Perhaps it is time to shift our perception of this issue from a failing of personal responsibility to a failing of government policy. There are, of course, many different strategies the government could pursue in tackling the nation’s growing health problems; however, today’s inquiry concerns the taxation of added, refined sugars in products such as pop and candy.

To explain, I’d like to draw an analogy between the effects tobacco taxes have had on lung cancer rates and the potential effects that a tax on refined sugars could have on obesity, diabetes and other health issues. According to the World Health Organization, a 10 per cent increase in tobacco prices will reduce consumption by about four per cent in high-income countries. Even if a sugar tax does not have a significant effect on sugar consumption, it would still raise revenue to help fund the ever increasing health-care costs associated with its consumption.

In spite of the pressing need for action, the suggestion has garnered few supporters on either side of the aisle. Often dismissed by the right as a government overreach that would lead to even more bureaucracy and dismissed by the left as a regressive tax that would further burden those already struggling to get by. With this being the anticipated objections, I will attempt to address both.

Let us begin with the conservative argument. The government oversight of nutritional information is already in place; as such it would likely not require a significant increase in bureaucracy to apply a tax on to those producers. Even if, for the sake of debate, it is conceded that you indeed are not your brother’s keeper – and neither you nor your government should be responsible for the dietary choices and health of others –  If we are to have a public health-care system, the public’s health would still very much be the business of the government and, by extension, you. Let us not ignore that the logical progression of this argument would be the removal of the deterrent taxes on tobacco and alcohol as well.

Now, to the argument I suspect the majority of dissenters hold: “The consumption of these items and the health problems associated disproportionately affect lower-income people, and as such any taxes levied will also disproportionately affect lower income people.” This, of course, assumes said consumption would not change, which is not very likely the case. As most any study (as well as common sense) will show, lower-income people are highly price-sensitive in purchasing decisions, so it seems reasonable to suggest said consumers would choose healthier alternatives if they became relatively less expensive. Further, the tax revenue from this policy could be used to directly subsidize or otherwise invest in the production of healthier options, further driving down the cost of healthy eating, and (at the risk of sounding like a “capitalist douchebro”) the increased demand would likely drive private investment toward health food producers.

I expect a great deal of remaining criticism rests on the grounds that health is a complicated, multi-faceted problem; a tax on sugars will do next to nothing to educate the public on living healthy lifestyles. Be careful not to make the good the enemy of the great. Obviously, a tax is not a comprehensive solution, but it is a step in the right direction, one of many (including better health education) that can reduce the health problems in Canada. A tax on refined sugar will not resolve these problems, but it could help to reduce their dominion, and for that it warrants at least some serious consideration.