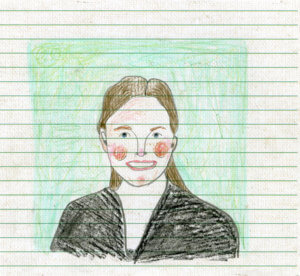 Another school year begins, and with it another election cycle. The results of the 2018 New Brunswick provincial election brought a rush of emotions all across the province; some were excited, some were disappointed, and many are still unsure about the future of New Brunswick.​

To recap, the Progressive Conservative party came out slightly on top, winning 22 seats in the provincial legislature against the incumbent Liberal Party’s 21 – who lost seats despite winning the popular vote by almost six per cent. Elsewhere, previously insignificant parties saw big advances. The right-wing People’s Alliance of New Brunswick won three seats, their first in the party’s short history. The NB Green Party also saw gains, winning two more seats to bring their total up to three. These results paint a picture of a province divided, in more than one way.

Most prominent was the language divide, one that has plagued New Brunswick politics for years. Looking at a map of results by riding, there is almost a clean split down the middle of the province. The Acadian north of the province voted loyally for the Liberal Party, while the mostly Anglophone south is coloured blue for the PCs. Even the city of Moncton is split, with French-speaking Dieppe voting Liberal and the English-speaking Riverview going PC. As New Brunswick is Canada’s only bilingual province, French-English issues have always been a part of the province’s history. This has led to more conflict in the province’s legislative assembly, already one of the most inefficient in the country. New Brunswick is an aging province and it is likely that many voters were tired of the status quo and lack of results from their governments.

Fatigue of the establishment was best shown by the rise of new third parties. The People’s Alliance Party, lead by Kris Austin, ran on a platform that emphasised downgrading aspects of New Brunswick’s bilingual laws. This upset many French voters, but appeared to appeal to many English voters, who granted the PA seats in Fredericton and Miramichi. On the other side of the political spectrum was the Green Party, led by David Coon. Instead of a province-wide campaign, the Greens appeared to have focused their energy on a few select ridings, a more efficient strategy for a smaller party. This was especially prominent here in the Memramcook-Tantramar riding. Seeing the potential of the large student population in Sackville, candidate Megan Mitton was well-supported, bringing in endorsements and local visits from prominent Canadian environmental figures such as Elizabeth May and David Suzuki. It clearly paid off, as Mitton went on to defeat the incumbent Liberal candidate, albeit by only 11 votes.

While these parties may have been on the fringes before, they now hold the balance of power when it comes to making decisions in Fredericton. With the two major parties at a standstill over who will form government – neither has the 25 seats required for a majority – they turn now to these rising movements to prop themselves up.

This political upheaval and change in attitude shows us the most important lesson we can learn from this election: Our ability to vote is one of the most powerful tools we have to shape our society. While voter turnout was still only 67 per cent, it was still an increase from the mere 64 per cent of the 2014 election. If people still think that their vote does not matter, just look at the 11-vote margin in our own riding, or the Liberal Party’s nine votes in the Saint John Harbour riding.

I look forward to seeing how the New Brunswick government carries forward after the dust settles. And as a new federal election approaches next fall, I expect you to make your voice heard.