Is church, as we know it, dead? 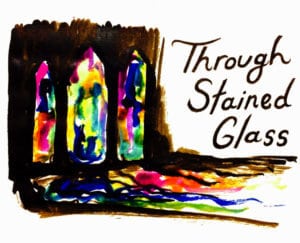 As an observer and analyst of the intersection between religion and culture, I am academically fascinated and personally horrified by the recent dynamics of religion in Western culture. The church has been in decline in the past 25 years, and many observers have predicted its eventual demise. Now, in 2018, I think that it can reasonably be said that the age of religion in the Western world is over, that the church is coming to a sad and bitter end, and that it has been most effectively killed by the religious right – evangelicals who most ardently seek its protection and prosperity. Ultimately, the decline in church activity and involvement over the last generation has come about through a variety of factors, but the responsibility for the final demise of any meaningful religion, especially in the United States, lies in the hands of those who proclaim most loudly that they are the guardians of the faith.

The church has been moving in three different directions. In one, the institutional forms have become nothing more than a vestigial cultural institution that believes it still holds some influence by playing a role at critical and milestone moments. In another version of change, there are those churches which are shrinking but are firmly holding on to the principles of justice and compassion for the marginalized, and which are slowly evolving into a countercultural minority group of believers bonded by deep commitments. The third movement of the church is dominated by charismatic, nationalist, right-wing evangelicals, who maintain the dominant public voice of religion and claim more and more that they speak for the faith, but who actually speak more to political sectarianism than social or religious issues.

Nationalist evangelicalism – a form of fundamentalism that supports the racist, morally bankrupt, and ethically dangerous Trump regime – speaks loudly from its platform with no regard for the things that true religion is concerned with. It has little sense of the holy mystery, nor for the more earthly matters of justice and concern for the poor. It perpetuates rampant homophobia and misogyny, holding rigidly and incorrectly to the Bible, misreading and misinterpreting it in ways that legitimize decidedly non-Christian nationalist agendas. This right-wing politicized evangelicalism implicitly believes that America, or white civilization, is divinely ordained to rule the world. Out of this foundational premise, they throw their support behind a bullying, misogynist, racist president who represents everything that Jesus and the early church stood against.

Religion is not well received today, particularly by a millennial generation whose knowledge of religion tends to come from social media memes and who are put off by the way evangelical religion has been politicized. The progressive, mainstream church has not been able to compete for airtime, and seems silent. The only voices we hear anymore are those which do not represent true Christianity.

I didn’t think this situation could get any more clear, or that things could get worse, until this week. Of many leading evangelicals, Pat Robertson has often served as spokesperson. In light of the Saudi killing of journalist Jamal Khashoggi in its Turkish embassy, and an initially ambivalent American response, Robertson spoke on the Christian Broadcasting Network, stating that the United States should not probe too deeply; the life of Jamal Khashoggi was not worth risking the arms deal that the US was making with Saudi Arabia. Church, as we have known it, may be dead.

This is all alarming news to people of faith, and a reason to rejoice for some atheists, who have not only predicted but hoped for the death of religion. However, in my tradition, I hold to the promise of a resurrection from death, even from a horrific, suffering death at the hands of the ruling powers. I expect that there will be a resurrection for the church. I will likely not be around to witness it, but I will continue to do my part in preparing the next generation to recognize it when it comes, and to rejoice when it does.