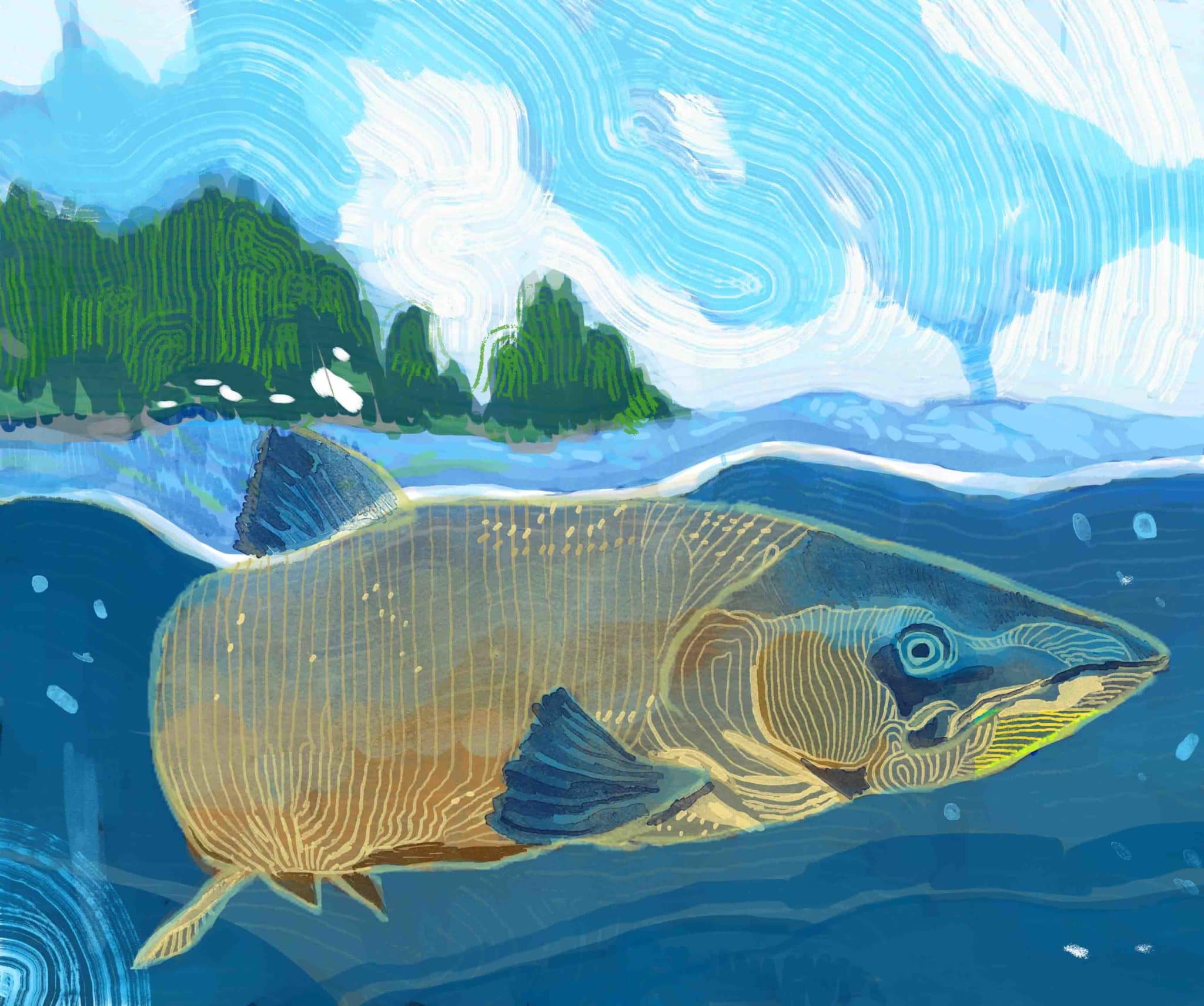 In the last two decades, Atlantic salmon populations have dropped drastically, and a group of researchers want to know why. The Atlantic Salmon Federation presented the documentary Lost at Sea on March 7.

“Wild Atlantic salmon in North America are not doing so well these days,” said Steve Sutton, an advocate for the Atlantic Salmon Federation, when he introduced the documentary. “We’ve got many populations throughout southern New Brunswick and Nova Scotia that are either threatened or endangered. There is something happening in the ocean that we don’t quite understand and it’s interfering with the survival of young salmon when they go to sea.”

The film explained that salmon are born in rivers, and leave as juveniles to journey to the ocean to feed. After the fish have grown in the ocean, they return back to their home river to spawn. However, the documentary explained that in in the last two decades, the Atlantic salmon population has dropped by 70 per cent and there are fewer salmon left to do so.

Lost at Sea offered some possible suggestions as to why Atlantic salmon have been disappearing. One of the reasons the film explored was aquaculture in the Bay of Fundy, which is one of the world’s most concentrated fish farming areas. The film explained that wild Atlantic salmon are breeding with escaped farm salmon, which is spreading diseases such as sea lice that can be devastating to salmon populations. The hybrid salmon are also weaker, and do not survive as well as the wild Atlantic salmon in nature.

Whatever the reason for their decreasing numbers, many people feel it is important to maintain local salmon populations. “It’s important to protect them because they’re a great food source and they’re a big component of our ecosystem,” said Julia Campbell, a fourth-year biology student. “They play a great role. We need to protect them and not keep things the way they are.”

Atlantic salmon are also important for the maritime economy and culture. “We’ve lost most of our valuable commercial fisheries for salmon, our recreational fisheries are in decline, and so are our food and social ceremonial fisheries by First Nations,” said Sutton.

Hopefully, Lost at Sea will encourage Mt. A students and the community to think more about the their own roles in the future of the Atlantic salmon.