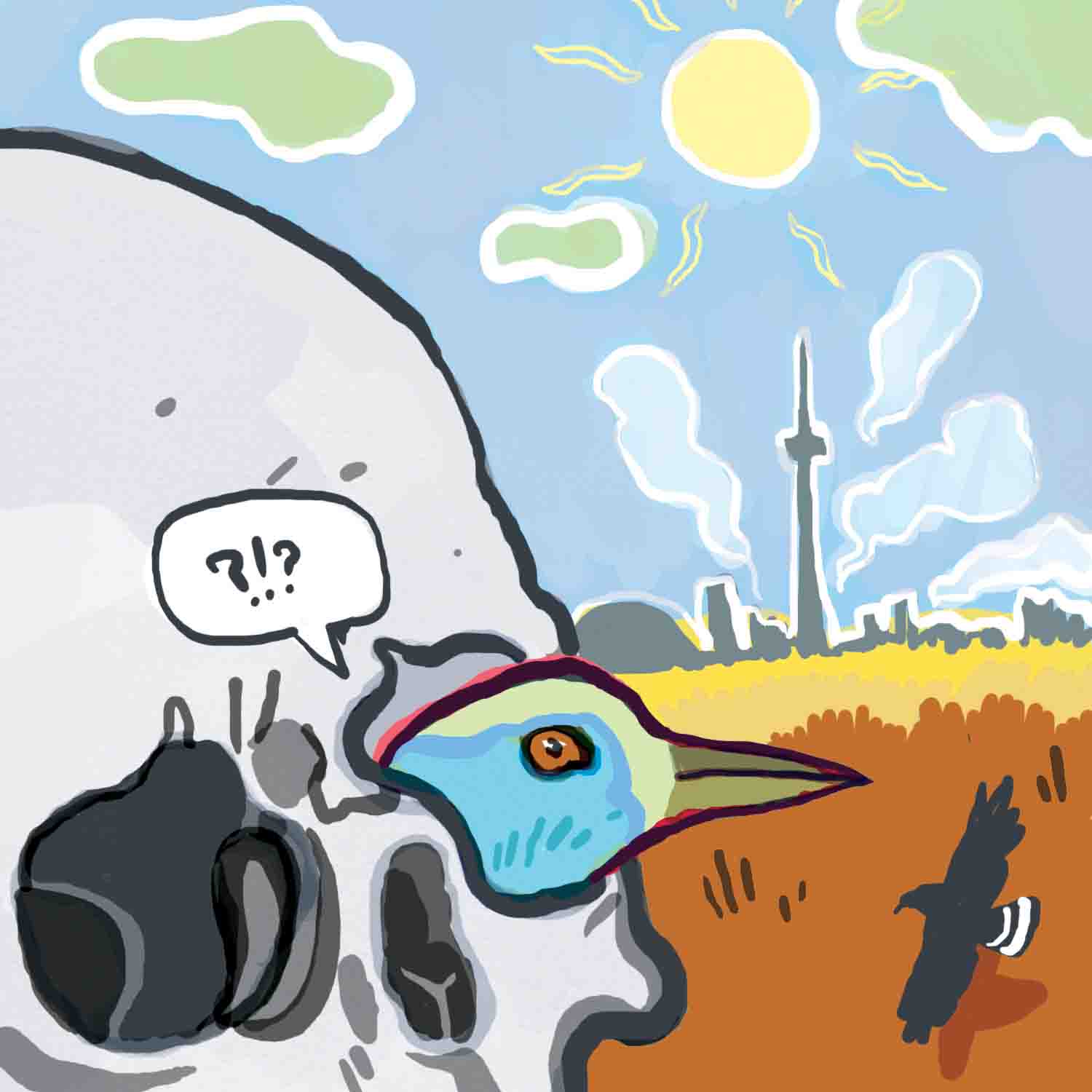 The talk explained that climate change will affect migration timing, patterns, and start and end points for forest birds. This will alter ecosystems and negatively affect all species, including humans.

Thomas also spoke about how the distribution and abundance of forest birds will be altered due to climate change. One example was the boreal chickadee, which is moving further north as a result of the warming climate. According to Thomas, the boreal chickadee population has decreased three per cent annually from 2005 to 2015.

Thomas also noted that the trend of birds moving north will introduce new forest birds to N.B. coming from the south. Thomas explained that in the coming century New Brunswickers can expect to see unfamiliar species such as the orchard oriole, the yellow-throated vireo and many more. Thomas said, “You’ll be teaching your great-grandchildren how to identify a boat-tailed grackle, because in 2020 they’ll be making their way up the coast.”

Climate change is also endangering bird populations because it alters the food processes birds have adapted to. Thomas explained that climate change alters the hatching time of many insects, which disrupts the feeding cycle of many forest birds. This happened with the European pied flycatcher – the species saw a 90 per cent population decline in the course of 20 years.

Thomas explained this could happen in N.B. as well. He used the example of the common gray jay. Gray jays stay in N.B. year-round and scatter-hoard their food, meaning they hide collected food throughout their territory. However, the effects of climate change could cause hoard rot, meaning the stored food would not be consumed. In this case, the gray jay populations would drop significantly.

Another factor that is endangering birds is the effects of a changing climate on N.B. forests. “The climate is changing faster than the habitat can keep up,” said Thomas. Climate change is causing an increase in forest fires and pests, consequently reducing the available habitat for birds. If trends progress as predicted, N.B’s climate will be more suited for oak-hickory forests, as opposed to the current boreal forests.

According to Thomas, a large factor in saving these forests is necessary change in the softwood industry and protecting natural environments. “It’s one thing to have a model, but it’s another thing to take that model and put it to use from a management position,” he said.

First-year geography major Jacob MacPherson agreed, saying, “My hopes for the future of New Brunswick are wider and more consistent areas of protection as opposed to having things like waterfowl parks, which are good additions, but aren’t really big enough to support entire ecosystems. More is good, and having them connected is really important.”

The audience was mostly comprised of members of the Chignecto Naturalists’ Club; however, a few interested community members came to the talk as well. Katrine Cammann-Kummer came to learn more about the future of N.B. birds. “I just try to update my knowledge and know what’s going on in these special fields,” she said. “It’s important to have this critical thinking and there’s a lot of good insights from the people in these fields.”

By the end of the evening, the audience was left with more questions than answers about the future of forests birds in N.B.

Thomas asked, “Which birds will adapt? How will New Brunswick forests change, both in the short and long term? And how will forest managing and planning adapt?”