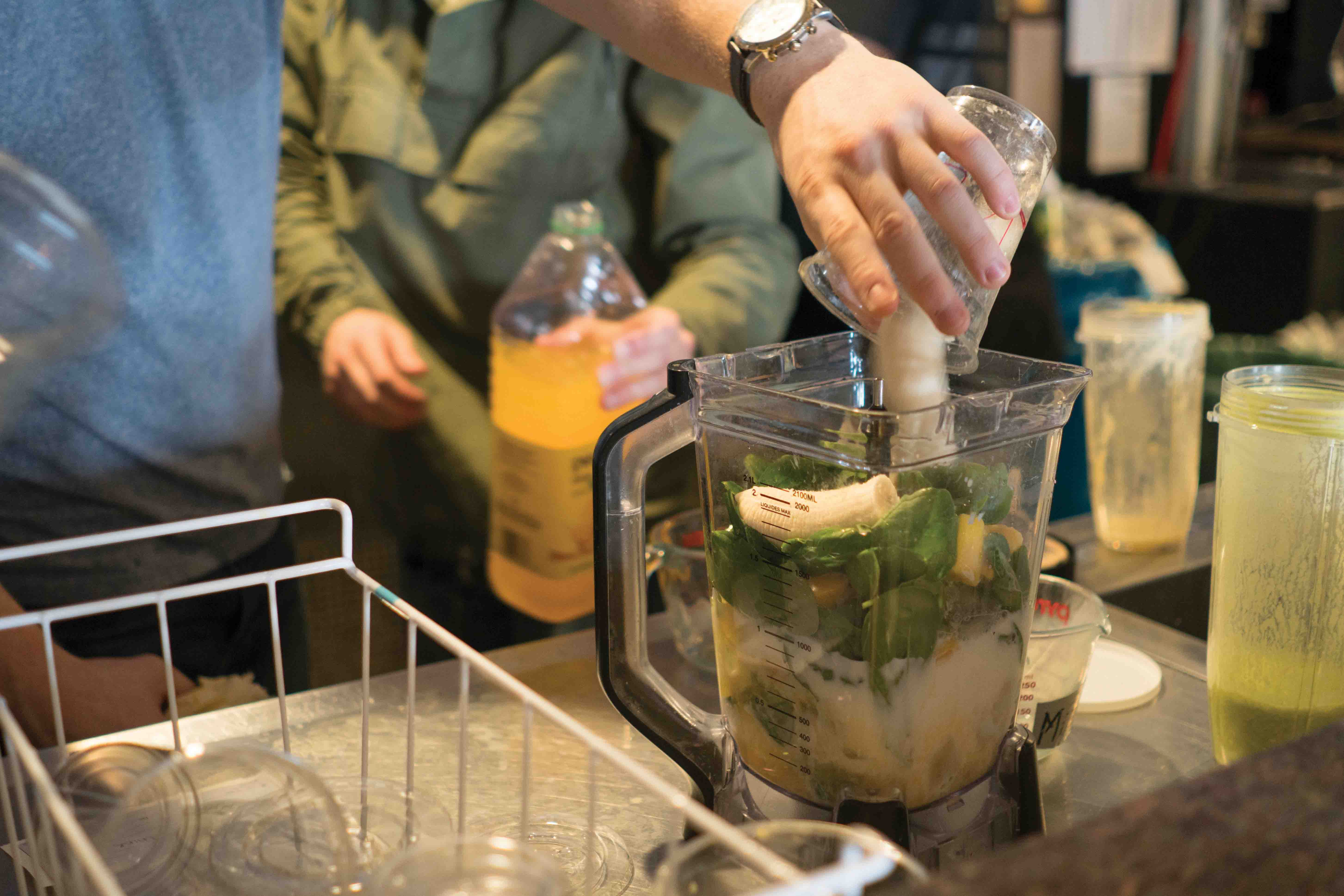 Commerce students open the Quench, following in the footsteps of successful student projects Bagtown Brewery and the Broken Bridge brand

Mount Allison’s entrepreneurship class opened a smoothie bar in the Student Centre this week. Dubbed the Quench, it will operate out of the Pond on weekdays from 8 a.m. to 5 p.m.

Saniya Korhalkar, president of the Quench’s executive team, said in an email, “Our course instructor, Dr. Farooqi, was a great resource while we struggled to narrow down our options. With years of experience in the field of entrepreneurship and 15 years of teaching this class, he was able to guide us on what has or hasn’t worked in the past.” A campus smoothie bar offering quick, healthy snack options eventually became the focus of the course.

Initially students wanted to open the smoothie bar in the Athletic Centre, but found it would have been too costly and complicated to operate out of that building. The Pond, which had recently stopped its daytime operations and already had bar facilities, became the new site of the business.

A university committee approved the students’ idea and provided a loan of $5,000 from the Dobson Foundation to start their operations. Ideally, profits from the Quench will eventually be able to pay off the amount.

The entrepreneurship course runs every year and is taught by Dr. Nauman Farooqi, the dean of social sciences and commerce. Past projects of the entrepreneurship class include Bagtown Brewery and Broken Bridge clothing, both of which continue to operate as businesses in Sackville.

Students had to cooperate and work within a limited period of time – the class began in January and had 15 students. Korhalkar said that the course was “unlike any other class I have taken before because 15 people are working on one big project! There are several ideas and opinions, and we need to make sure everyone is on the same page.”

“We’re actually really good at consensus,” said Marshall. “We’re really good at talking everything out and we get everything on the table and we’re usually able to come to consensus. We’ve been really lucky that we haven’t had roadbumps in that sense.”

“We hope to make this a permanent store on campus with a wider menu that would satisfy everyone’s tastebuds!” said Korhalkar in an email. The Quench currently offers five different smoothies and the option to add protein powder, flax seeds or honey to any of them.

Going forward, the executive team hopes to make the Quench a permanent fixture of the Student Centre. The possibility of hiring student managers as part of an experiential learning program has been suggested. “We’re still trying to figure all the kinks and bumps out,” said Marshall. “By the end of the semester we’ll discuss it as a class and figure out what the next steps are.”