Mt. A student union to host landlord fair on campus 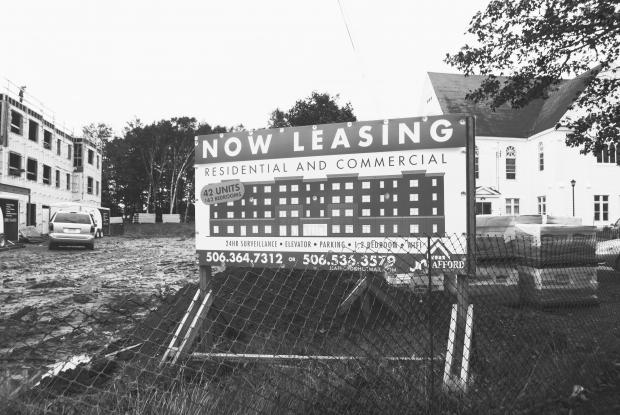 While it is common practice for students moving off-campus to sign their leases as early as September, steps are being taken to change that. On October 5, the Mount Allison Students’ Union (MASU) will be holding a Landlord Fair, to give students a chance to browse the buildings that are available to them in Sackville.

The Fair, which will be held in Tweedie Hall from 11 am until 3 pm, was organized by Vice-President, External Affairs Ian Smith, assisted by Off-Campus Councillor Annie Sherry. This is the first year that the students’ union has held a landlord fair, and it is something Smith hopes will become part of the school’s culture.

Similarly to the Clubs and Societies Fair held earlier in September, each landlord will be given their own table, which they are free to decorate with information about their buildings, as well as pictures.

“It gives students an opportunity for an informal viewing of the main landlords in Sackville. There are no leases to be signed that day, so there’s no pressure for students,” said Smith. “It puts students in the driver’s seats.”

There will also be information distributed for the students regarding the rental process, their rights as a tenant, as well as their rights as a citizen of the Town of Sackville. In addition, there will be a representative from the Rentalsman Office in Moncton present at the Fair, in order to ensure that the landlords are at their best.

“We’ve extended invitations to over fifty landlords, but the main ones will be coming,” said Smith. While, as of Friday, there are fifteen different landlords registered for the Fair, he is not discouraged by the low numbers.

“Since the Fair is the first of its kind I didn’t expect everyone to jump at the experience. We do plan on holding a second fair next semester, and we hope that by then word will get out regarding the opportunity.”

Although some landlords have suggested moving the Fair to an earlier date, Smith says that, for the most part, he has received positive feedback regarding the initiative.

“I am quite looking forward to it,” said Kathy Beal, one of the landlords who will be attending the fair in October. “I think this fair will give me and other landlords a chance to actually meet the students in person and show them the apartments that we have. I’m sure it will save a lot of leg work. We will be able to set up some viewings at that point and go from there.”

Beal, who rents to forty-five students and owns properties on Squire, Weldon and Main Street, hopes that the fair will reduce some of the communication required when entering the rental process.

“We’re aiming it primarily at students who plan to move off-campus,” said Smith, although he emphasizes that the Fair is not a means of dissuading students from returning to residence. “The MASU fully believes in the best residence experience, and advocates for students to spend a minimum of two years in residence.”