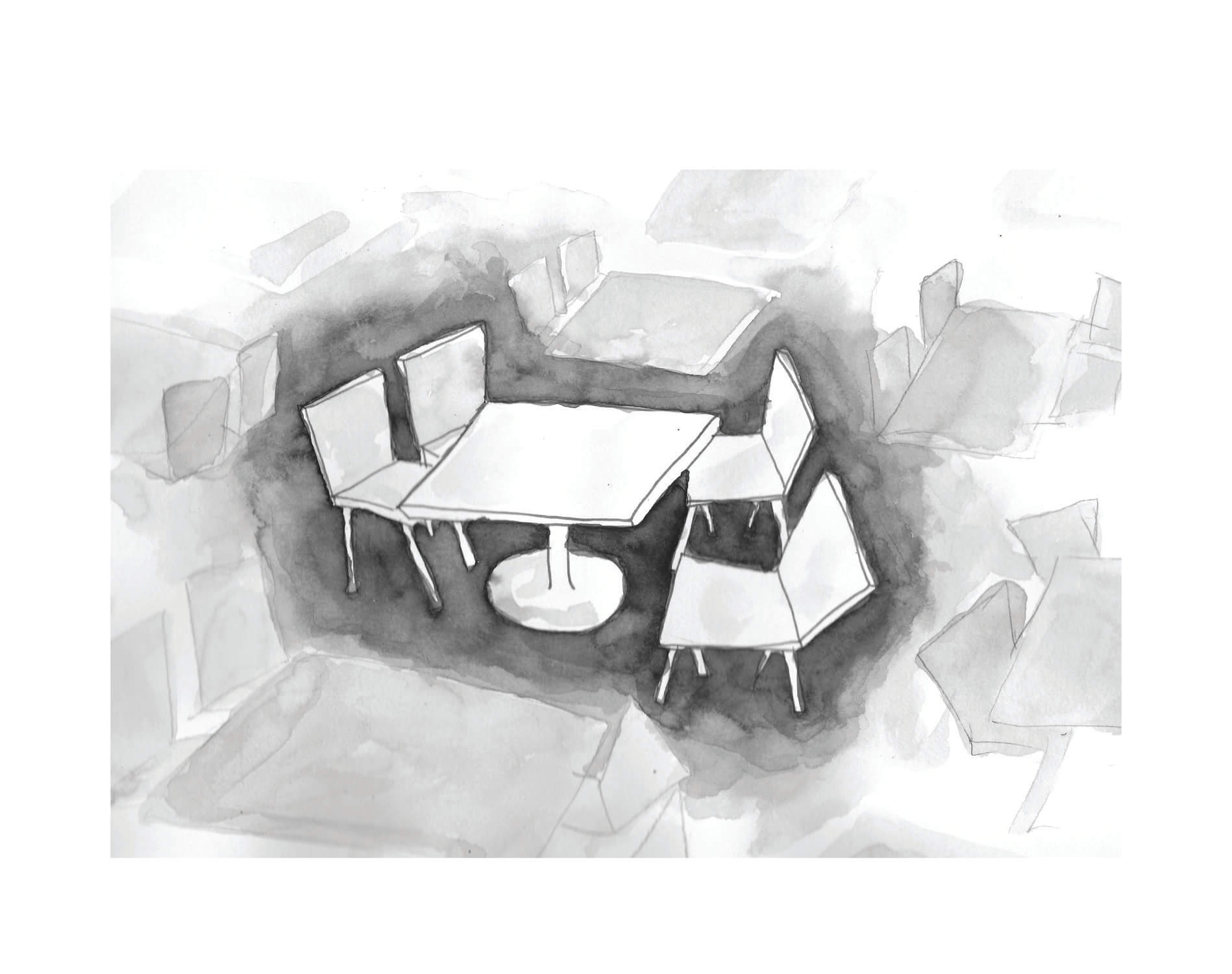 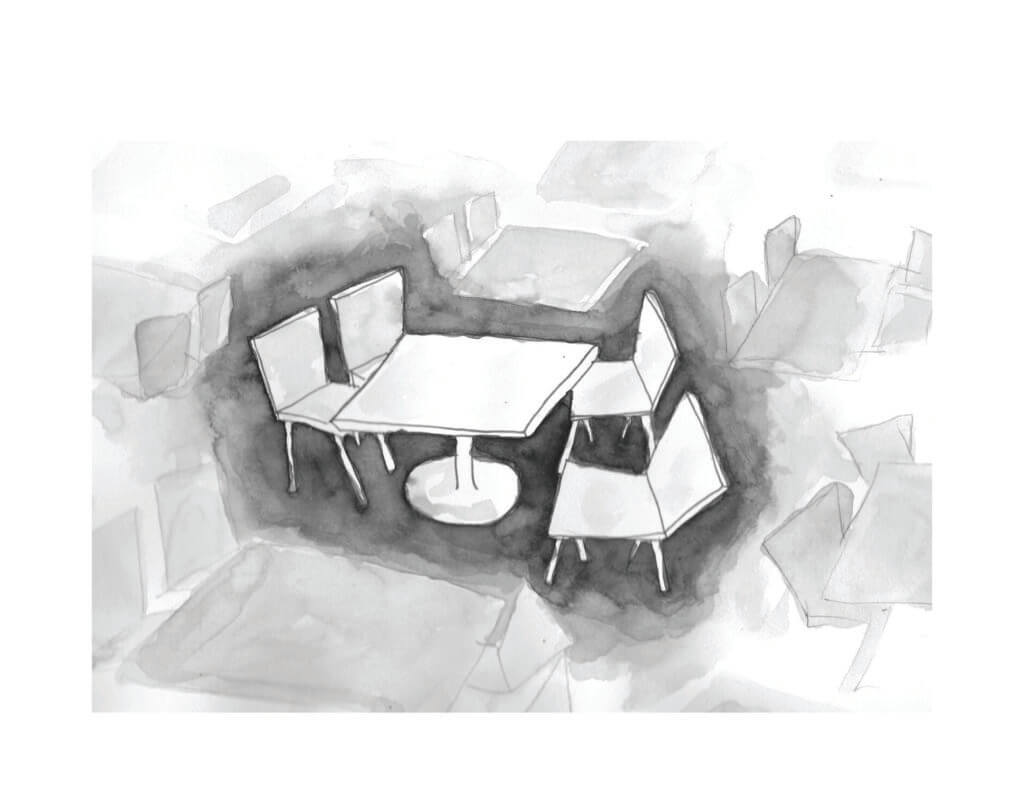 Two Mt. A students are speaking up about a racist interaction they faced at Champlain Mall on September 12th. The students have pushed for accountability and are now sharing their story.

The two students would like to remain anonymous because they fear for their personal safety. Their story was written about by CHMA, and some comments on that post were hateful (those comments have since been removed). The students have asked The Argosy to refer to them as Meghan and Sandra throughout this article.

Sandra has lived in Canada for several years and says that she has experienced several incidents of racism throughout her life. “I’ve had a lot of incidents where I didn’t stand my ground, and I really regretted it,” said Sandra.

During their visit to the Champlain Mall, Sandra bought a drink at the food court. Sandra and her friend found a vacant seating area where only a few people were sitting. They each had masks on to protect others. Meghan explained that an employee approached “immediately.” Sandra continued and said, “at first we were a little confused because he said it in a very harsh voice- ‘You guys need a drink.’” Sandra explained to him that she had just bought a drink in the mall, and he left. CF Champlain Mall was relying on the custodial employees to monitor the section of seating. The employee who approached Sandra and Meghan was employed at the time of the incident by a third-party company called GDI Services (Canada) LP.

In the seating area, signs were posted that seating was limited to thirty minutes. The sign also stated that patrons must have food or drink to sit in the food court. Sandra and Meghan were abiding by these rules.

Soon after their first interaction with the employee, he addressed them again and told Sandra and Meghan they needed to leave because Sandra was not drinking her drink. Meghan also said they were told by the employee that they were not able to sit “because of COVID.” Sandra tried reasoning with the employee as she had not broken any rules. According to Sandra, a white woman was in the seating area as well, and she had been sitting there without a drink before Sandra and Meghan arrived. Sandra told the employee she did not understand why they were being asked to leave when the white woman was not.

The employee proceeded to call security on Sandra and Meghan, and for their own safety they began recording the interaction. Sandra said, “We weren’t sure what was going to happen, especially with all the recent [anti-asian racist] events going on. I was kind of scared because, you know, we are minorities.” Sandra said the white woman began to yell at them to stop recording, and respecting her request, they stopped.

When the security guards arrived, they allegedly spoke to the white woman before they addressed Sandra and Meghan. Sandra said that she did not know what was said between them. Security told the two they had to leave, and once again Sandra explained to them that she was not breaking any rules. Sandra said that “[the security team] didn’t really believe I got it from the mall. They tried to ask me from what store and when and what did I buy with it.” The team asked them for receipts to prove they bought the drink within thirty minutes.

“We were pretty intimidated, and we just decided to leave,” said Sandra. During the time of their experience, they were not given a reasonable answer for being kicked out. Later, Sandra shared her and Meghan’s story to the Sackville Community Concerns page on Facebook where it was taken down because “it was a personal incident and not really a news story,” Sandra said. Sandra said it is important for their story to be shared because Canada has a problem with systemic racism. “It’s very disheartening when you try to speak up about things like this and people aren’t ready for that conversation,” said Sandra.

“I’ve been living in New Brunswick my entire life,” said Meghan, “and I think that there’s always been a feeling that people treat me like an other, but I think COVID [is making] me feel like a threat.” Because no one in the seating area was being treated the same way, Meghan and Sandra felt racially targeted.

Sandra and Meghan explain that they are looking for accountability in this situation. The two friends shared a phone call with Brian MacMullin, the general manager of CF Champlain, after he reached out to them by email. According to Sandra and Meghan, MacMullin said that he had done some investigation by looking over the video cameras and talking with other individuals involved. Sandra and Meghan said that he apologized on behalf of the team but said they did not determine any racism from the interaction. CF Champlain will be changing their approach to enforcing the thirty-minute rule policy to rely on the goodwill of customers rather than by enforcing the policy with workers.

Sandra and Meghan looked for answers from MacMullin, and they sought an explanation for the unfairness of their treatment in comparison to the woman who was breaking the rules. Later, Meghan and Sandra received an apology letter by email from CF Champlain and GDI Services. Sandra and Meghan said they were offered gift cards as another form of apology, which they declined. The two mentioned that the letter from GDI said that they were going to discipline the employee appropriately.

On September 25, via email, Meghan told The Argosy that she had met up with MacMullin at the mall. She confirmed that the signs had changed and that the 30 minute rule was no longer enforced by employees. Meghan says, “I feel better that changes have been made and that we were taken seriously. Our story has had a positive outcome.”

However, Sandra and Megan commented on how alone they felt during this experience, and the amount of stress it adds to their time at university. They also mentioned the lack of local mental health resources in general that are available for people dealing with racism. “I want people who are specialized in this,” said Sandra, “and who don’t just tell us that we are overreacting.”

Mt. A has an Anti-Racism Education and Response Team (ARERT) that is available for students. Sandra and Meghan reached out to Mt.A’s Anti-Racism Education and Response team for help by email and are receiving support. The Argosy also emailed ARERT for more information, and Ivan Okello, Mt. A’s Black Students Advisor and member of ARERT, responded. Okello said that ARERT “receives complaints from students who have experienced or witnessed racial harassment and provides guidance based on how the complainants wish to pursue the matter.”

Okello also said the lack of support from bystanders in Sandra and Meghan’s interaction was evident. He said, “We encourage all members of the Mount Allison community to observe and respond actively to all Anti-Racist incidents in our community,” and he quotes Ibram X. Kendi, “‘The only way to undo racism is to constantly identify it and describe it—and then dismantle it.’” Okello says that silence in these situations is agreement with the perpetrator. Meghan also spoke about the lack of action from bystanders during their harassment. She said, “I don’t like to see people sitting there in silence because when they do nothing, it feels to me that they are agreeing with the perpetrator.”

More information about the Anti-Racism Education and Response Team is available on Mount Allison’s website. Their email is [email protected], or you can message members of the team individually.