Fairy tales and physical exercise come to the Owens 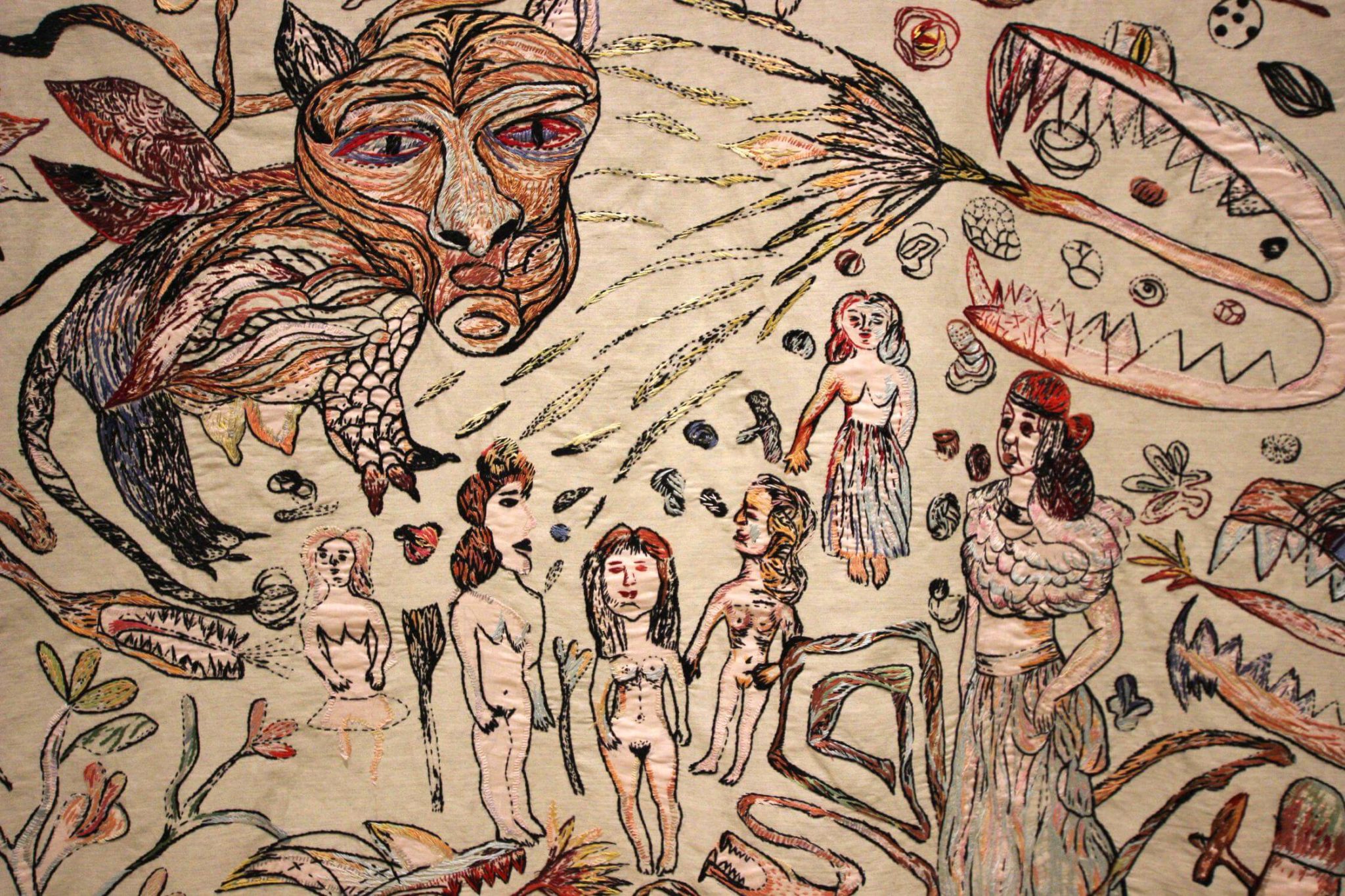 “Winter is the time for fairy tales,” said Anne Koval, an art history professor and the curator of one of the Owens’ latest exhibitions.

On the evening of Friday, Jan. 17, students, artists and community members gathered in the Owens Art Gallery for the double vernissage of two new exhibitions, Fairy Tails and Opening Exercises.

Fairy Tails, curated by Koval, explores the role of nature and animals in fairytales. Koval noted how animals often have important roles in fairy tales.

“[The artworks here] aren’t [all] literal translations of fairy tales, but the artists were already working in that kind of otherworldly context in their work so I thought I would bring it together,” explained Koval.

Fairy Tails features works from Amalie Atkins, Aganetha Dyck, Diana Thorneycroft, Meryl McMaster, Sylvia Ptak, Vicky Sabourin, Anna Torma, Laura Vickerson and Janice Wright Cheney. Some of the artists were present at the opening, while others were unable to attend due to the weather.

“I like my shows to be accessible to all generations and to people who might not normally go into a gallery,” said Koval, referencing the wide range of work in the show. “Everyone can relate to fairy tales.”

Cheney’s work explores loss of habitat due to forestry practices. “The work is from a series I’ve been working on exploring the presence – mythical, historical and real – of a cougar, an animal in eastern Canada that [has been] declared extinct,” said Cheney. Her piece features a life-sized plush cougar set against the backdrop of a black and white forest. “Part of my work is a lament for what is lost.”

McMaster had two pieces in the exhibition. In one picture she stands with a boat of crows lifted on her shoulder as she stares out at the viewer. In the other, a shrouded fox-like creature peeks its head out to glance at the stars.

“[I was] thinking about ideas of great migration that’s happened across this territory now known as Canada … [and] about the environmental consequences that are happening right now,” said McMaster. “[While also thinking of] this hope of stopping [the] pattern of what we’re doing to the environment.”

The second exhibition, Opening Exercises, was curated by Emily Falvey, director-curator of the Owens. Artist Didier Morelli explored the relationship between sports and visual arts by combining his own work with materials from Alex Colville; focusing on Colville’s mural, Athletes (1961), which is currently exhibited at the Owens. The exhibition also features written work examining long-distance running by Eunice Bélidor and Camille Georgeson-Usher.

“I’m really interested in the relationship between arts and sports,” said Falvey. “I feel like they actually have a lot in common and they’re not always put together.”

Morelli’s work incorporates material from the Mount Allison Archives into his own pieces to explore this unfamiliar connection.

“I’m really happy to be in the company of some of these other artists and there’s strong work here,” said Laura Vickerson, whose work was also featured in Fairy Tails. “It’s been a good experience … the people here [at the Owens] are great.”

Both Fairy Tails and Opening Exercises will be open until April 1 and I encourage you all to stop in.