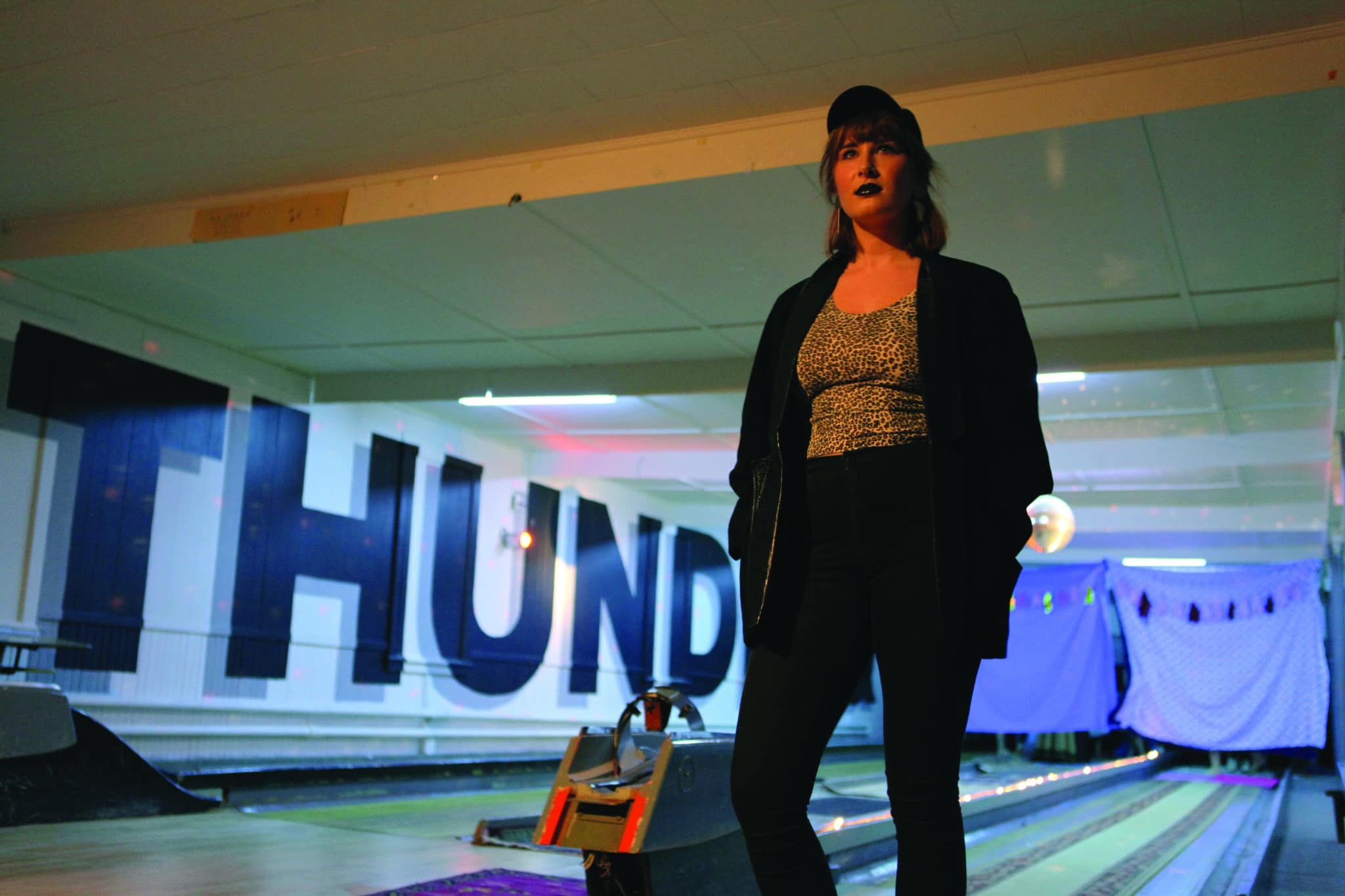 Sackville’s first Feminist Fashion Show, hosted Friday, March 11 at Thunder & Lightning, was a celebration of women’s past successes as well as a powerful reminder of the obstacles and repression women continue to face.

“[The event] showed how fashion can be used as a platform to express themes of feminism,” said Anahid Chujunian, owner of Little Cat’s Bazaar and one of the show’s eight fashion designers.

Co-organized by Eleanor Beale and Taylor McCuaig, the show’s purpose was to engage with a multitude of feminist issues as well as to contribute to an ongoing collective action pertaining to said issues. By showcasing handmade clothing items modeled by various volunteers, the event deliberately drew upon the legacy of household labour which continues to be widely gendered and devalued.

“There’s a really strong history of women being associated with textiles and clothing making,” said Beale, “[which is] obviously related to unpaid domestic labour of women making clothes.”

Beale lauded internet activism as a powerful organizational medium – especially on the heels of student-led opposition to proposed budget cuts to Mt. A’s women’s and gender studies program – but hoped the fashion show would bring feminist ideas to the stage in a tangible and public way. The fashion show visibly achieved this: Attendees cheered raucously for each step the models took on the runway, as well as for the political message they embodied.

“Social media is a super important tool,” said Beale. “But I wanted to see that materialize.”

The fashion designers curated a diverse assortment of themes that addressed various forms of gender-based oppression. One example was Jeska Grue’s #debtwear, which displayed models’ levels of student debt on their outfits, presenting a reality which compounds social and economic difficulties women face.

“Reasonable Request” was another theme, curated by Little Cat’s Bazaar. The theme alluded to the Not Asking For It campaign, an initiative which confronts victim blaming and the objectification of women’s bodies.

The show raised approximately $300 to be donated to the Autumn House women’s shelter in Amherst, N.S. The organizers also circulated a petition by Reproductive Justice New Brunswick calling for expanded abortion services in the province and for the Gallant government to repeal legislation that restricts public funding to hospital-only abortions.

Although Beale will not be in Sackville next year to organize a follow-up show, she intentionally called it an “annual” event, and said that there is both an existing support of, and enduring need for, feminist events and discussions.

“There’s an audience for this,” said Beale. “Clearly there’s so much more to be done.”