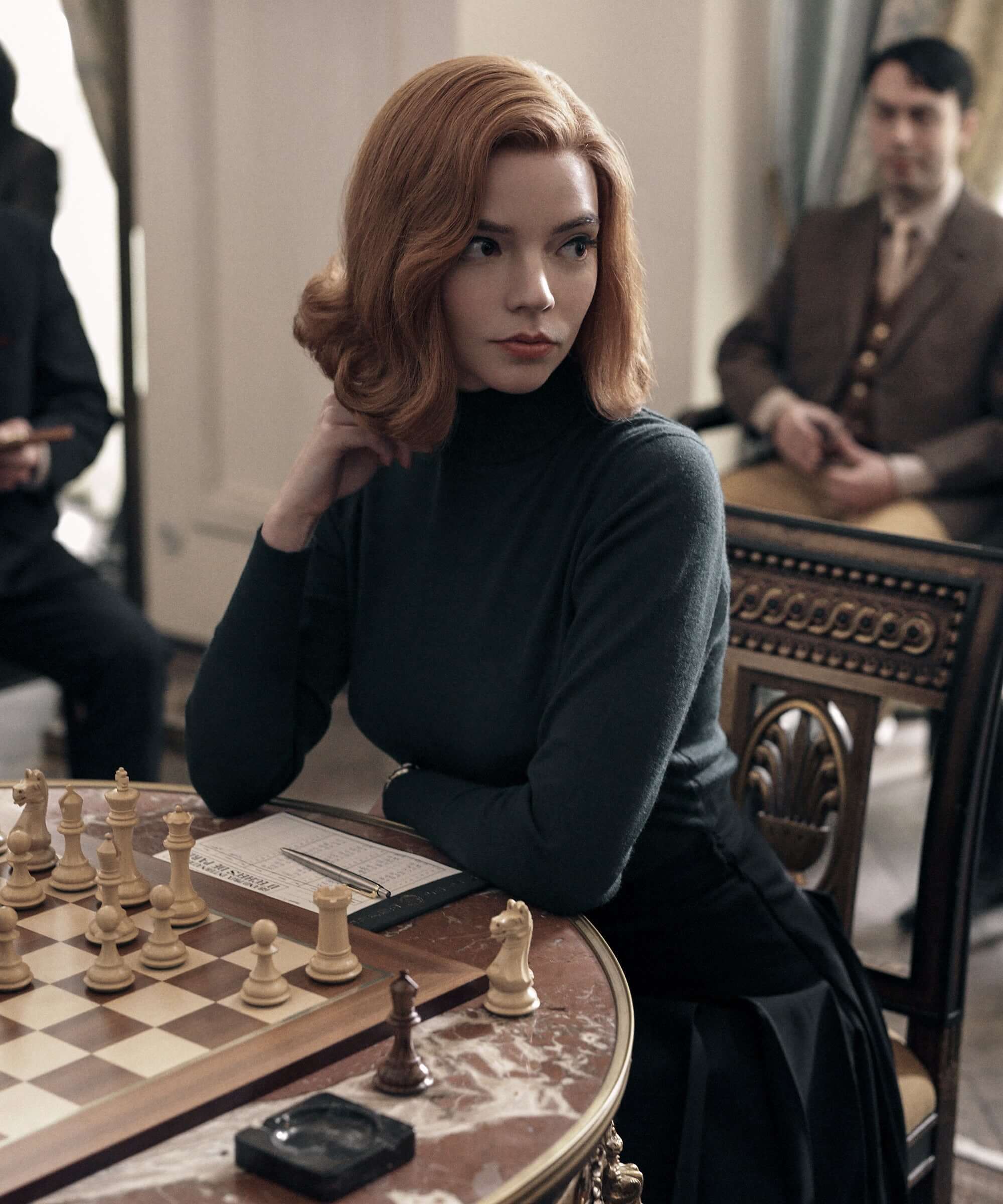 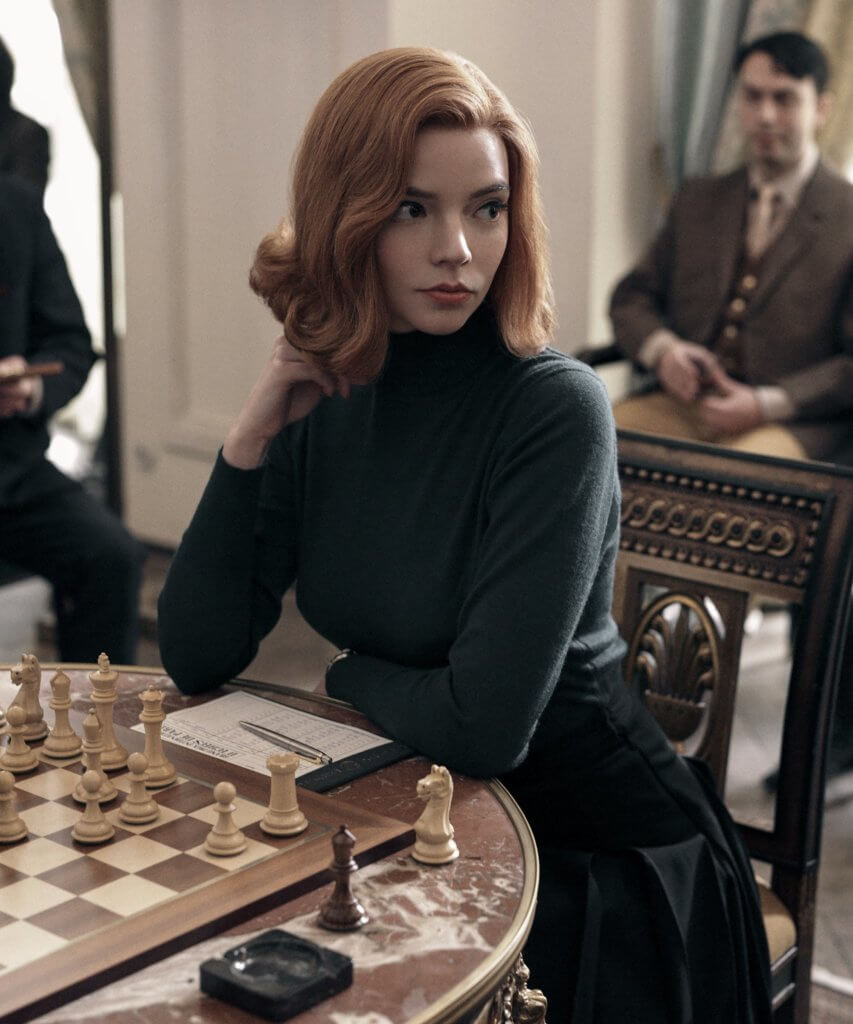 New Netflix mini-series proves to be both check and mate for the streaming service.

So, I’ve been reviewing a lot of movies as of late — not a bad thing, because movies are great and an important part of our culture, but like many of you, I also love a good binge. Whether it’s a comfort show (hello, Gilmore Girls), or watching something because it’s so absurd you have to try it to see what the hype is about (hi, Big Mouth and Emily in Paris), there is nothing as satisfying as getting lost in your Netflix screen, clicking next episode time and time again.

That is how I spent this past week, eagerly eating up each episode of Netflix’s new mini-series, The Queen’s Gambit. While just seven episodes, Netflix delivers film-like quality at the level of big-budget shows like The Crown or Hollywood that is constantly one-upping itself in its use of cinematography, score, costuming, and writing. The mini-series, based on the book by the same name, follows Elizabeth Harmon (Anya Taylor-Joy, who is captivating in every frame), orphaned as a child and soon discovered to be a chess prodigy when she learns how to play from the orphanage custodian, Mr. Shaibel. When she gets adopted, she quickly moves through the ranks of chess in the United States in the 1960s, where it is still largely a man’s game, soon playing on the world stage. But her greatest adversary is a player by the name of Borgov, a Soviet player who is the best of the best, consistently unbeatable, and intimidating because of his Soviet ties. It soon becomes clear that as Beth consistently beats player after player, her biggest opponent to get to Borgov and succeed will be herself as she grapples with multiple substance addictions.

This show needs to be a star turn for Anya Taylor-Joy. I will accept nothing less. She has appeared in a few different movies at this point — I knew her from her turn as the titular character in the latest adaptation of Jane Austen’s Emma from this past spring, but she also appeared in The New Mutants as a main cast member. But unlike those, which were widely inaccessible or uninteresting to audiences in the middle of a global pandemic, this is available for anyone with a Netflix subscription, and anyone with a set of eyes and a beating heart should be just handing roles to Taylor-Joy left, right and center for her performance here. She delivers the dialogue of complex chess flawlessly while also remaining intensely human, reminding you that at the end of the day, she is just a young woman under pressure from not just her adoptive mother, but the world, to be the best of the best and do the unthinkable: beat a Soviet chess player at the height of the Cold War.

The show also needs to be a big break for Marielle Helmer, who plays Alma Wheatly, Beth’s adoptive mother. Her storyline, though running parallel to Beth’s, is just as compelling, and I wish that we got more screen-time with her. My fear is that her role is expanded from what it was in the book – and if that’s the case, I applaud the writing team for handling her storyline so well. She holds her own against the gravitational pull that is Anya Taylor-Joy, an impressive feat on its own, and is truly a mother figure for Beth when she needs it most. Other standouts include Harry Melling (who audiences will know as Dudley Dursley) as opponent-turned-mentor Harry Beltik, Thomas Brodie-Sanders (you’ll know him as the kid from Love, Actually – yes, that kid) as Benny Watts, Beth’s biggest champion when she takes his title of US Champion from him, and Moses Ingram as Jolene, Beth’s first and only friend from the Methuen Home for Girls that plays a pivotal role in her ascension to chess stardom.

The costuming department especially deserves some recognition not only for the many period appropriate clothing (considering we cover about 20 years in the show, it is an impressive feat), but for also effortlessly aging Taylor-Joy from an awkward teenager competing at the Kentucky State Open to a confident young woman playing the best chess players in the world in Moscow. It is so seamless that when I did notice a new hairstyle or a new dress, my mind was boggled.

I must also mention the chess choreography — which of course all had to be scripted and carefully plotted for the actors to perform the scenes. I know nothing about chess, and after watching this show, I still know nothing about chess, but I never thought I would be as riveted watching chess as I am watching it on this show. Each move and the way the actor moves the piece, holds themselves as they do, look up at their other player, is astounding in its complexity, and memorizing these scenes (of which there are many) must have been half the battle for the poor actors, especially when Beth plays a few rounds of speed chess later on in the show.