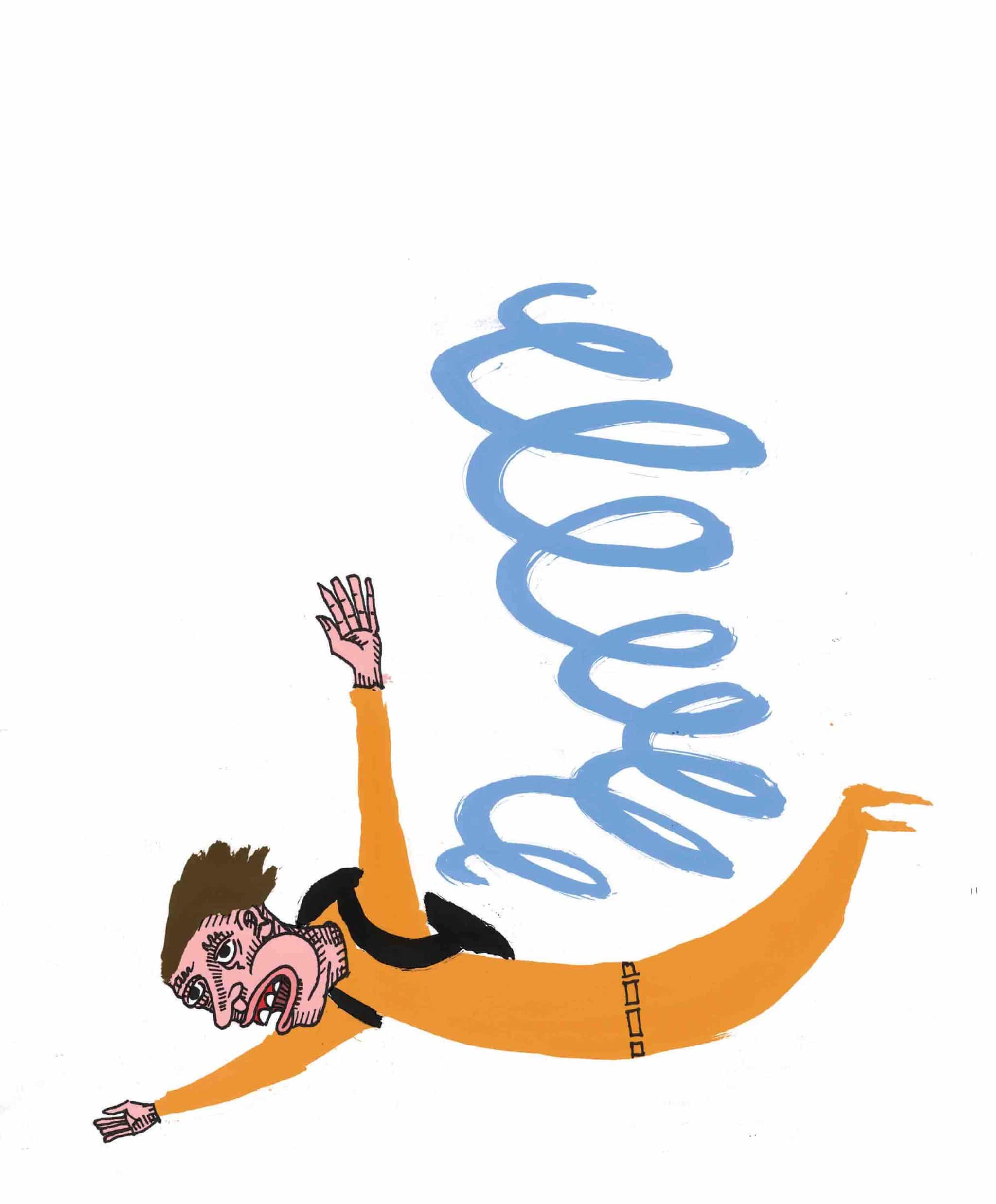 A refresher for my dearest readership: In the little town of Lincolnshire, life has been disrupted by the murder of Herr Hansel. After being dropped from a military plane, Hansel’s body was found by our young hero, Ralph. Convinced of the local authorities’ inability to solve the case, Ralph has taken it upon himself to solve this mystery.

Ralph stepped out onto the precipice and bent his knees in preparation. His breath shook as death slid up alongside him, closer than it ever had before. He double-checked the clips on his chest and waist, and, hearing an impatient grunt from the small crowd behind him, leapt off the cliff.

Our hero was, of course, base jumping. Why, my gracious reader might ask? Why else, but to bring his soul closer to Herr Hansel’s.

He somersaulted through the air like a slinky on a staircase. Sky, cliff and earth melted into a pot of whirling blues and browns. He counted ten spins, as he’d been taught, then tensed his muscles to steady his fall. A pocket of cold air punched his stomach (the guides had warned him of this) and left him gasping for breath. The dense boreal forest below grew bigger and bigger. Is this what you felt, my friend? He let his mind go limp and felt everything, everywhere. But, a buzzing on his wrist brought him back and he tugged on the cord that flapped by his waist to release the parachute. The parachute jerked Ralph back from his fall like a ghoulish hand that grabs Shaggy by the back of his shirt as he sprints down a dark hallway. For a split second he was sure the straps that held him to the parachute were going to snap under the sudden pressure.

They didn’t, of course – these things are generally made with the utmost attention to quality – and he was comfortably eased towards the earth. As his body descended he felt his soul leave his body, and climb up to the clouds in search of Herr Hansel. Please, find my soul.

It had been three weeks since Herr Hansel’s shocking death, and, as Ralph had predicted, no explanations had been offered. And nobody seemed to care. Ralph had got nowhere in his quest for justice. His own search for answers had yielded next to nothing. So, he had turned to alternative measures: soul-searching. Not intrapersonal soul-searching, but extrapersonal. Ralph’s theory was that if he could find a way to connect his soul to Herr Hansel’s, he might be granted insight into the circumstances surrounding the German enthusiast’s death.

The unmistakable sound of a hunting rifle rang through the Dufresne Valley as he neared the ground, and a flock of black-capped Chickadees rose from the forest below. They flew directly up towards Ralph, the entire flock engulfing his parachute as it whipped by. Miraculously, they caused no damage to his gear. Once passed, they took a hairpin turn and launched back towards him, filling his senses with black and white and the sharp cut of their call. They repeated their turn again, and Ralph drifted the final few metres to the ground in the mass of chickadees. By Jove, Providence speaks!

Ralph realized he was moving faster than he’d thought, and as the forest came closer and closer he flexed his legs to brace himself as he was violently ushered through the outer foliage and wedged into a maple tree. He felt around his body for any blood, and, satisfied, allowed himself to relax into his position. He was stuck high up in a tree, after a fall off epic proportions. He had lived Herr Hansel’s final moments. He could feel the man’s soul, pulsing within him. Guide me, my friend, on this quest for justice.